Imaginary Friends is a RPG Maker VX Ace horror/puzzle game that explores childhood fears and loneliness. You explore the main character's childhood by solving puzzles, while covering the past events to find the reason why she doesn't have any friends. The Game relies more on psychological horror rather than jump scares and gore.

The Story
14-year-old Hailey has spent her entire summer vacation alone in her room. Her mother wants her to go outside and spent time with her friends, but the problem is, she doesn't have any. That is about to change soon when Hailey finds herself in an imaginary world. With the help of a mysterious young boy with red cap, she has to confront her childhood and herself.

Fixed a bug where you could skip entire last level.

author=shayoko
pictures make me conflicted XD
is it a simple cute story or a puzzle game!?
that aside...she meets Red!?


It's both! It's puzzle horror game with cute story :D The images are only of the prologue of the game, so they don't show much yet.
Do you mean that Pokemon Red? xD No, sorry, it's not him.
shayoko

Close
12/03/2014 04:57 AM
This looks really interesting! I could just say this about the art, but the psychological aspects and the theme look really good.

I'll have to try out the demo soon~
EtaGirl
0

Close
12/05/2014 06:43 AM
Well there isn't a lot of feedback I can offer for the demo given it's extreme brevity, I believe it took me about 10 minutes from the (lovely) opening graphic to the completion of what is currently available.

However I do have to say you've got the right mix of creepy and childlike, not that children can't be creepy, in fact that's a pretty well established trope, but I mean that you have the lighter elements one tends to associate with childhood and then you've layered all those fears that children also inhabit on a daily basis. Children are much more susceptible to abandonment and loneliness than adults simply because they are so much more reliant on their parental/guardian figures to provide a safety net, something adults need to and generally do provide for themselves. The feeling of fear and that stomach gnawing doubt that creeps through the game play with each transverse of the supermarket is done very well, and I am really looking forward to how you continue that trend as later sections of the game are added. Though I would caution against ramping up the suspense too much, there is a tipping point at which people's ability to empathise and relate becomes nonsensical and you lose that feeling of connection which is quite vital in a game of this type.

I adore the careful story elements you've added, the alarm in the supermarket, the fact that every shelf has a dialogue response they show an attention to detail that bodes well for the expanded version. It shows you have fleshed out the world in your head first before you ever opened up the engine to create it.

Speaking of the shelf dialogues in the supermarket, it should be toilet paper not toilet papers, which is one of those terms where plural and singular use is the same, like sheep. Also in the grocery section, not the frozen foods, you've got the dialogue set to come up no matter what direction you are facing, which doesn't quite work, it should be set to only appear if the character is facing the shelf. Also the lady with the black hair, pinkish top and jeans who wanders around near the bread doesn't say anything when you interact with her in that first section where everyone has a response. Also the two lowest right freezers in the bottom middle row, not the one against the southern wall, don't give a response to the contents when you interact. It's odd given everything else does.

One thing I would say purely technical, the self extracting exe is set to extract to a programme directory, that generally causes issues for some people, you may want to redirect it to either pick up the directory into which is was downloaded, or the classic c:\games.

Anyway I'm looking forward to seeing where you go with this and especially what it is on the other side of her bedroom door.
TangledLion

Close
12/05/2014 07:00 AM
Considering it's a Horror Game I'm Guessing the Bloody hand on the window in the trailer is supposed to be there? :P
suzy_cheesedreams

author=Kyubey
I'll be following this! :D 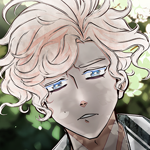 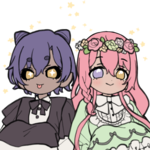 Close
03/03/2016 05:30 AM
I'm patiently waiting for the full game release! If you still need a tester I could totally be one for you :D
I personally love this game already since I can really relate towards the protagonist and coincidentally my name is Haley lol!
Keep up the good job :)
Dragnfly

Close
05/04/2016 05:00 AM
I'm really enjoying this so far. Like nahubih... wait wait wait. Instead of potentially being rude I'll just scroll up. Yeah, so like nhubi said you have an extremely good balance between cute and unsettling. The puzzles aren't too difficult and most of my deaths have just been me wanting to see what happens. I'm currently stuck looking for water but that's moreso because I ran out of play time. I'm going back at it tomorrow.

Two things worth mentioning though:
-In the house to the right side of the picture map, you can walk through the sofa in the TV room, complete with clipping.
Show
-When getting the hat, if you take the hat from the bottom it's instant death. Not really a bug or anything and I just chuckled and reloaded but if more people complain then just move the hat.
Pages: first 1234 next last