3 reviews
''The cold wind is blowing on my skin, but I don't mind.
I just want to go home and be with my parents.
I'm not hungry. I'm not thirsty. The sky doesn't show, it has disappeared.
Behind the shadows, the Afterlife is waiting for me.''

A schoolgirl named Yuna finds herself alone in her classroom, without knowing what happened before. After a while, she meets his best friend Kazuki and will discover that creatures appeared from nowhere and tried to kill them. Together, they'll have to figure out what's going on and pass through this nightmare.

What is happening in this town?

Afterlife: The Second Dimension is a puzzle-oriented horror game.
If you played games like IB, The crooked man or The Witch House,
you will have no problem playing this game.
You will have to solve puzzles, flee enemies without getting hit and look for lost documents in order to learn more about the characters and places.

- Use the SPACE key to interact with the environment (the object is glowing).
- Press Q to turn on the flashlight and to turn it off.
- Access the Menu by pressing X or ESCAPE.
- It is important and necessary to read all the documents you will find on your way to understand the story better.
- There is no life gauge. If you get hit once, you die automatically.

-The game was designed with RPG MAKER VX ACE.
-Edited by SOUL ART STUDIO (My studio's name).
-The story, music and some graphics were created by me, Vincent Gabriel C. (Lost6Soul).
-The lighting effects are designed by Khas Arcthunder, Moghunter and Woratana.
-Special thanks to Jasmine Martineau and All of you who played all the
Afterlife games.

- For god's sake, WEAR HEADPHONES for a better experience !

- This game is a REMAKE of the first franchise Afterlife, but with
a different story. Why ? Because I want the players who already played Afterlife, to experience something new, not only replay the game for his graphics.

- Why ''The Second Dimension'' ? Because the game takes back the same environments and mechanics in the first game franchise Afterlife, but in a different universe. Which means different characters and story. Some environments stay the same, but others are kinda different...
Well, you'll see yourself !

I hope you'll enjoy this game, I've put a lot of effort in this game to make sure that you'll experiment the best gameplay and immersion possible.
If you enjoyed the game, please like our official page here ! : Afterlife: The Second Dimension

Finally, here's my project on which I worked for 5 months (400 hours), the PROJECT R.E.M. In this demo, you'll explore three different environments which I hope will give you the impression of being in a dream!

The project is still in production. I hope it gets bigger and more ambitious in a few years. I'm currently working on what the gameplay's gonna look like. More explanations on the process I used on my artstation!

Rendred in real time in Unreal Engine 4. All 3D work and animation done in Z-Brush, Maya and textured in Substance Painter/Designer and 3DS MAX.

**MUSIC IS NOT OFFICIAL, ONLY USED FOR THE DEMOREEL** 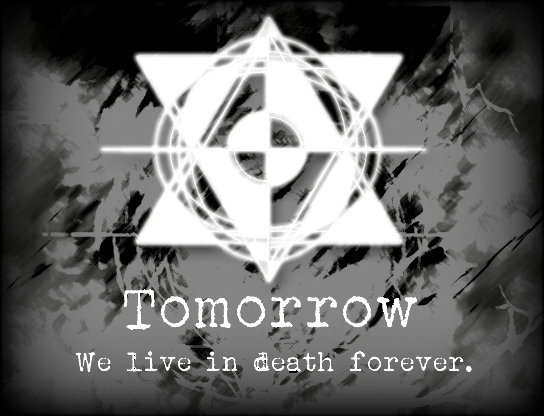 author=lost6soul
Sure ! the link will be available today in the downloads section. 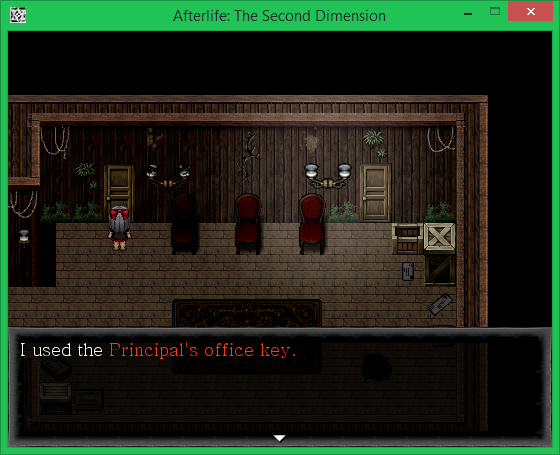 Close
10/29/2014 08:31 PM
I thought the office was the one found when you go down from the main room with 3 forks. When I went to that door, he said he heard something from the other side and it was locked. Going to try the other door.

Close
11/08/2014 04:23 PM
You can now download the full soundtrack of Afterlife: The Second Dimension in the downloads section! 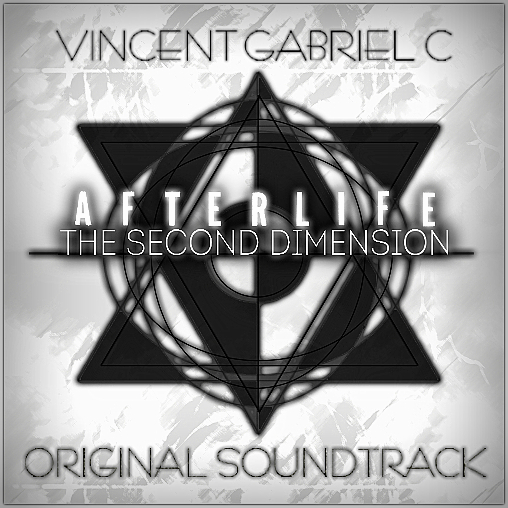 Close
11/15/2014 12:49 PM
I really like this game. I love the characters and the story.
But I don't know what to do now.
Show
I'm in this fortress and there was this room in the café with four mirrors. I broke them in the correct order and the ladder appeared. But if I go down, this Monster attacks me while I'm on the ladder and I don't have a chance to move forword. I visited every house again but i didn't find anything or another way. Am I too incapable for this or is there anything else I can do?
Novalux

Close
11/16/2014 04:51 AM
Just finished playing the first hour or so, some quick first impressions/notes:
Show
Music is cool
Why have icons when full character portraits are present? Contradicts facial expressions.
Bad grammar at times.
WAY TOO MANY CAPS. Caps are for two, maybe three scenes in your game at max. After a while they become grating, loose any effect.
More cliches than *insert comparison here*.
Nice GUI
Not enough character development.
Interested in the back story, not so much because its original, but Yuna's reactions to it (not what I was expecting game to be about).
Did Yuna know this guy well, or just a random classmate? The relationship starts extremely quickly.
Maybe just me, but the jumpscares are effective. I never liked Jumpscares.
No running lets you respond to jump scares just in time, instinctively Rush to hit shift key.
Characters are stock characters so far, nothing all that unique about them.

Sorry to be harsh, but that's the impression I got so far.
lost6soul
1221

To respond to your first impressions Novalux,
Show
I've put icons even when full character portraits are present beacause sometime,
two full characters portraits appears at the same time and it can be hard to distinguish which character is talking.

I haven't noticed that there was so many caps in my game, I'll check this out.

There's not THAT much cliches and there's not many information about the characters, because I wanted the player to feel exactly what the main character is feeling, which is: Lost and deprived of his memories. What you need to know is what is happening now. I want the player to live in the moment.

''Did Yuna know this guy well, or just a random classmate?''
You can notice that by reading the text.
In the first scene she reads her classmate list and says:
''-The list of the students
in this class.
-Hum...
-I wonder if Kazuki is ok...
-...
-Why am I thinking
about him right now...''
And there's an other scene where the player meet Kazuki for the first time:
''-Kazuki!
- Yuna!
-I'm so glad you're okay!''
By reading this, you can tell that she knows Kazuki well since a while.

I'm glad to see that the jumpscares are effectives ^^
and the characters are just normal persons like anybody elses...it wasn't in my interests to make them special or anything.

Anyway, thank you for playing the game and sharing your impressions of the game.
I'll take note of your advices!
ayumuzz When i press the "A" button the game crashes. Is there a fix for this?