2 reviews
Save to Dropbox
In a world much like our own, two young men- Kumo Atsureki and Levi Renos- work as mercenaries, infamous for their ruthless efficiency (and bad attitudes). A close friend of theirs, Miri, has asked them to do some investigation in a recently abandoned facility. The reason for its abandonment is unknown, and as a result she and her group are worried.

They start out believing it's going to be a normal job.

This is anything but.

Novanima is the the official prequel to ReEvolution.

I've decided to attempt this again for the Revive the Dead 2 event.

I've been working on this on and off for a while (as you can see from my infrequent image updates) so I thought I'd do a formal blog about it!

Right now, most of my work has been graphical updates and getting the game to what I wanted it to look like rather than the slapdash I had to settle with in the original demo.

I've also changed how dialogue is displayed, and made it more in line of my idea with the characters having face-on communicators. Cutscenes between characters using their communicators will feature larger portraits, but for now:

In addition, I've worked on the skillsets for the characters. Right now, Kumo serves as a makeshift paladin role, most of his skills in line with covering his allies and healing them if necessary. He also picks up skills reflective of the party members accompanying him. Aside from him, there are two mage-archetype characters, and two striker type. Levi is the first mage type, with a focus on blood magic. Battles in Episode 0 are in the process of being updated to reflect these skillset changes. Once Kumo and Levi's battlers are finalized, the next thing is the GUI. While the message system's been changed the menu needs reconfiguring. I have the Luna Engine already installed in ReCrisis, I just need to actually do the design work for it and begin implementation. The battle HUD also needs some updates in regards to target selection and skill order.

Content wise, the whole factory area has been lightened up, and you now need to turn on the lights before the security mechs will actually attack you. Overworld sprites have been updated too!

Beyond the first few offices areas, Episode 0 will divert to a different part of facility and end differently to the original, in order to give a bit more exposition on Kumo and Levi's abilities. Essentially, the question of why two nineteen-year-olds are considered good at their jobs will be revealed, and it's not what you think.

It will also involve additional mechanics regarding Kumo's abilities. I really want to make sure that there's no narrative/mechanic dissonance.

Lastly, I've been taking advantage of my Humble Game Making Bundle purchase and updating some of the music. I wasn't satisfied with the battle themes, so they've been replaced, and there's a new track for the inner facility as well.

On the whole, I really feel like it's coming together. This is, after all, meant to be reflective of my progress as a developer as well as being a cohesive and fun game, and comparing it to the original title, the evidence speaks for itself.

On another note: I've been trying to think of a better title. I wouldn't mind keeping the 'Re' but I don't feel like the current moniker is inventive enough.

Additionally, I'm trying to think of a name of an important race of people. Right now I'm tempted to go with Elomryn, but if anyone has anything better I'm all ears!

Not currently working on this game actively (I'm trying to finish ReEvolution), but have the new sprites. Because I forgot to post them. Hopefully, this time, you’ve weeded out all those missing / strange plotholes that didn’t make any sense and not have as many infuriating bugs like you did in Cosplay Crisis. Seriously, if it wasn’t for those two glaring issues that it had I would have really, really enjoyed it.

Good luck on this, though; I’ll be rooting for ya on the sidelines. I still like the central idea behind it, so I would love to see it not go to waste. ^^

BTW, when's the demo coming out - and would you like me to review it for November, or just hold off on it for a little while longer?

Close
10/30/2014 09:02 AM
Well, on the bug front I've only have very small lists so far. And frankly removing the majority of the fangame element makes the plot much more straightforward, so...yah.

The demo will be released sometime tonight- I want to wait for the last bit of tester feedback before releasing. You can review it if you like. Essentially this Revive demo is an Episode 0 of sorts.
JosephSeraph

Close
11/03/2014 08:56 AM
Puddor this looks great, and I'm looking forward to giving it a run. One thing I did want to say, the CSS on this page actually overlays the text which makes reading comments and information a little difficult. It's a great graphic but maybe under the text rather than just the images?
Puddor

Close
11/03/2014 09:19 AM
Well it does make the ms total stand out really well, so that's a plus, but yeah maybe drop the neon a little would be easier on the eyes.
JosephSeraph

Close
11/04/2014 12:47 PM
after my traumatizing experience with the insanely long
cosplay crisis
i have decided to never ever play another ff fan game again
Puddor

Close
11/04/2014 02:40 PM
so, for some reason both this and Essence Enforcer greet me with a black screen after new game+... a black screen that forces me to turn off my computer if i'm on full screen mode. The player doesn't respond, nor does it prompt to close due to non-responsiveness. D:
I have no idea what's happening, but since it happened to two games, I'm guessing it's my computer's fault! A shame! Those were 2 games I weally wanted to play >:
LouisCyphre 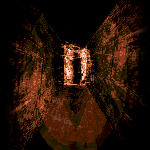 Close
11/04/2014 03:49 PM
Hi, I wanted to review this (extremely strong start) but I couldn't get more than ten mins in before I reached a point where I kept dying and couldn't do anything about it.

It was at the point where you have to turn you torch off to sneak through, but when it was off I couldn't see anything and the monsters kept catching me and killing me anyway.

Did I miss something? I'd really like to keep playing.
JosephSeraph

author=Elder71
Hi, I wanted to review this (extremely strong start) but I couldn't get more than ten mins in before I reached a point where I kept dying and couldn't do anything about it.

It was at the point where you have to turn you torch off to sneak through, but when it was off I couldn't see anything and the monsters kept catching me and killing me anyway.

Did I miss something? I'd really like to keep playing.

Honestly bad game design on my part. I kinda didn't consider that some people's screens may be darker/the enemies too hard to make out.

It's definitely something I'll be fixing up, though. I don't think that room really worked.

author=LouisCyphre
...There's a New Game Plus in this demo?

...Anyways, review is up and pending!

(Hopefully you won’t kill me.)
Puddor

...Anyways, review is up and pending!

(Hopefully you won’t kill me.)

will I have a reason to kill you, Addit? Hmmm?

You can put the gunblade down now.
sinn
the original sinn
1092

author=Puddor
Honestly bad game design on my part. I kinda didn't consider that some people's screens may be darker/the enemies too hard to make out.

It's definitely something I'll be fixing up, though. I don't think that room really worked.

Well I was worried about my RPGing skills for a moment there.
Pages: first 12 next last