An epic story awaits you

Demon Legacy is a game a discovered a bit late, and what a shame!
This is really a big epic game and a true classic, but let's begin:

THE AWESOME
The story. No, THE STORY! This is what kept me interested, as we have everything: interesting main characters with different temper and personalities that also are developed during the course of the story, lots and lots of supporting actors and different bad guys! A lot of work went in this, no doubt, and I think this is where the game shines. A lot.
There are flashbacks, twists and revelations, and also some parts that feel like episodes as they link the main story showing you something of each character (sometimes telling the past of one of them) and letting you fight the "boss of this episode". So yes, you never know when it's going to end, so despite the average graphics the storytelling is great and becomes better and better as you play.
I also like how different situations will let you use different characters, forcing to fight duel battles, to use only some members of the party or temporary characters, but well, I won't tell more on this! 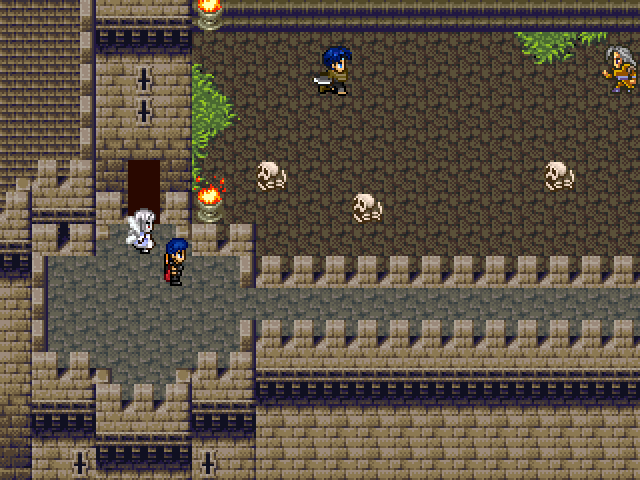 THE GOOD
Graphically Demon Legacy is not impressive: most of the townspeople are the usual RTP, some of the main characters are Roco charsets with their relative portraits, but I admit that at least there is coherence: I mean that they match perfectly and there is no difference of style among the rtp used, even is some towns are ok, others are ugly, anyway most of the maps are decent, in my opinion. This was improved a lot in the sequel, Phantom Legacy.

Combat layout is sideview with nicely animated battlers and in some important cases there are scripted events that change a bit the course of action, and this is a welcomed addition.
Monsters? Taken from the usual Jrpgs like Final Fantasy, but again, I see that they were chosen with care and they fit perfectly in this dark fantasy world. Nice! 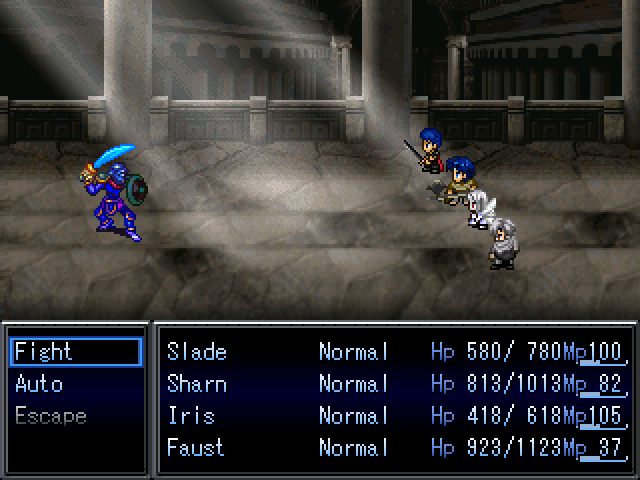 Did I say dark world? Yes I did, the setting is coherent and well designed, despite the use of simple stock resources (ooh those classic FFIV chipsets!).
Also no problem in finding the place I needed to go, except maybe for the beginning, that I found a bit confusing. But then everything became better and clear and I was involved with the world and the adventures of the party.

Finally I appreciate a lot the fact that in this game you can save anytime, anywhere! Also there are some convenient spots where you can heal and buy supplies. I only hated the parts where you are forced to fight a sequence of enemies without time to rest or use items, since I was not prepared for that.

THE BAD
Most of the puzzle are ok, problem is when you have to test your reflexes with traps that will drain your life each wrong step. The fastest traps ever! This is something I hated as they're hard to avoid sometimes, and while the damage is not heavy they forces to repeat every mistake.Not every puzzle is so difficult or bad, I was able to overcome every opposition, but yeah it was annoying!

Also combat is not very interesting as you just have to spam the most powerful moves you have, heal, restore MP and repeat! That's all as there are no particular skills or changes to the basic system and I noticed that some characters are more useful than others, but this is ok.
Also most boss combats are really challenging and difficult, anyway stock a lot of consumables, improve your equipment and that's all set. Nothing new or fancy, a classic playstyle of the jrpgs that you may like or not. I usually play for the story and combat is only a diversion, so that wasn't an issue. 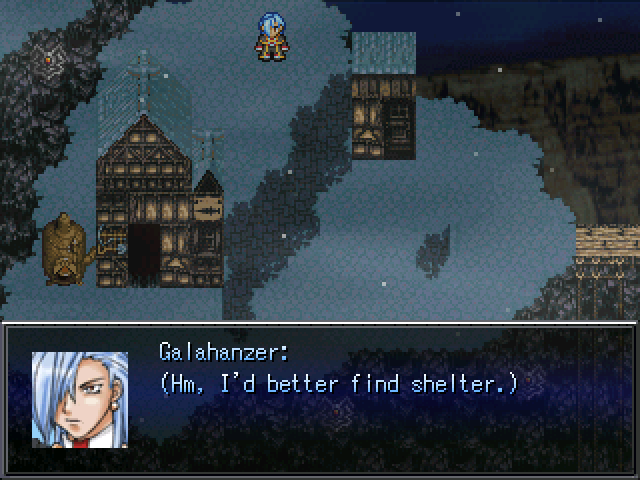 THE VERDICT
This is not your average rpg game, but maybe not the best of all either, but it was one of the best game at the time and is still a solid entry and a real classic, long and entertaining, simple and direct (you have classic combat, classic dungeons and classic boss battles) but serviceable. I was a bit disappointed by the ending (I won't say anything, if you are curious play it since it's a classic that has to be played) but... that's why Phantom Legacy exist!