Step by step of the Anka Island

I just, uh... I wanted to check. Y-you do realize "Navajo" is the actual name of an actual group of people, right? Like there are Navajo people living in the world right now.

J-Just so you know. You might wanna change that to avoid some really unfortunate implications and backlash. OTL
mana_aeliria

Close
11/26/2014 10:41 PM
Hey and thanks for the kind comment. :) yes i do realize that the Navajo Tribe is real but didn't think of it that way. I will probably change it at the final version of the game.
RonDChild

Close
11/29/2014 08:50 AM
I was download demo.
I love artwork, music and the animation :D
I think, this game need some improvement especially for UI.
UI is very important in game, too much highlight in dialog, it was hard to read.
In battle command, may need the cursor to impact more to recognize the change of command.

This may be before me, I would add the comment again when I've finished the demo.
Good job guys :D
zadenyuki
0

i downloaded the game. when i want to start the game its says "RGSS102E.dll could not be found" can anyone help me?


You must install manual rtp rpgmaker xp, rtp can be found in RPGXP_Setup.
Watcherz
0

Close
12/04/2014 07:24 PM
when talented people get together some faith in humanity can be restored...
this is just a amazing game showcasing potential of the rpgM engine
a must play if able
keep up the amazing work
mana_aeliria

author=shayoko
when talented people get together some faith in humanity can be restored...
this is just a amazing game showcasing potential of the rpgM engine
a must play if able
keep up the amazing work

Hey and thanks! Our main goal was to get the most of the rpgmaker engine. Especially with the maps, art etc.
Any crits, feedback is appreciated!
gion
0

Keep in mind I don't use XP, so some of the suggestions I make may be impossible.

Nevermind. I'm going to give you what I have right now. I've got a lot to say, so I hope you made yourself a sandwich.

As this feedback is mainly concerned with plot, I'll go ahead and give a SPOILER WARNING FOR ANYONE WHO HASN'T PLAYED UP TO THE TUTORIAL FIGHT AFTER THE PROLOGUE!

Show
- Why do I need XP on a commercial game? I can run it just fine without it. As long as I have the RTP, I'm good. Granted, I didn't finish the game, but from what I played so far, I don't need XP itself to play.

- Okay, first impressions: the artwork is great, but the writing is not good. Most of the dialogue here feels like broken English. HERE and HERE for example. That's not good.

- Hold up. Are THESE GUYS Ninja Soldiers or Rain Soldiers? Who are they?

- The first battle was a good introduction to the game. The second was unnecessary. Especially since each enemy took so much to kill. It's a pretty good way to bog down the player. I'd definitely lower the HP of these enemies.

- I also have issues with Zane's skills. They look amazing, but they're both just stronger versions of attacks. Couldn't there be something more substantial? Like lowering stats or causing ailments? Something to make battles more dynamic?

- Those attack animations are stellar, though! They are a joy to look at.

- Can we get a little background on who Zane is and what exactly he's done? It's very hard to get emotionally invested when basic plot questions are unanswered.

- Why is there no run animation for Zane? Kinda weird considering the quality of animation everywhere else.

- Boy this writing could use some work. Like, wow. Did Zane just say he had to DESTROY A BRIDGE to prevent any more commotion? Really? The loud explosion and sudden flame doesn't count as commotion in his mind?

- Why do I use the security key twice?

- Wow this dark area is pointless. There's no challenge except wandering around. I have to find TWO shovels? Bleh! If there were battles, lore to discover, or... or ANYTHING! I would be more engaged. But this just artificial lengthening as it is now. You could take it out completely and

- Voice acting is good. Writing? Not so much.

- Did Evelyn just give out a battle cry before jumping near Zane? These... ARE ninjas, right?

- What's Evelyn's deal? There are Rain Ninja Soldiers after Zane, and she wants to talk about the moon?

- Zane DOES have a running animation?! Why can't that be used when I run normally?

- So Zane is a bit of a hypocrite. Calling Evelyn a traitor when he himself is being hunted by the Rain Ninja Soldiers.

- The guy's hair color for his sprite and character art DON'T match. His sprite has blackish hair.

- This dude trained me and I DON'T know his name? What?

And that does it for the prologue. Wow. I got to say, this was... not very impressive from a gameplay point. I mean sure, the art is stellar, and the music is awesome. But the gameplay is boring, and the story leaves the player with more questions than answers, and not in a good way. I think the biggest question I have is, "Is everyone an idiot?"

But let's not be too harsh. This isn't a Triple AA game. And games can get good as time goes on. So let's keep going and see if my opinion changes!

- How is THIS rope still being used? It doesn't look used to me.

- It would be nice if the Journal had an objective tracker.

- An odd shift in portrait style. Originally, the portraits in dialogue would slide over from the right. Now they just fade in. I definitely prefer fading in.

- If THIS is true, then why was Luna gone at the beginning of the game?

- If Luna, "doesn't change her mind once she sets her sight on something," Why does she not even RESIST when guards stop her from leaving the village?

- Marcus tells me to meet him outside. Well, I'm outside. Where is he? I had to hunt him down outside the village. Be a little more specific, please.

- There's a fine line between breaking the fourth wall and breaking the immersion. THIS is leaps and bounds into the latter.
Have Marcus say something like, "Remind you of the basics of adventuring," or SOMETHING.

- I get that you want to teach new players. But the level of detail that is broken down here really makes me feel like the game is talking down to me. Treating me like an idiot.

- Especially tidbits like THIS. We're not two years old. You need to treat players with a little more respect. You can trust players to be able to figure out certain parts of the game.

- Most of what is explained here can be learned by taking two minutes to just sort through the menus. Bleh. I feel like I'm playing Baby's First RPG.

- The note about saving is really dumb. Why teach us how to do something when we had the oppertunities to do so multiple times before that point!

- THIS ... No. No I do not agree. There is nothing entertaining about a static tutorial when I'm playing a game.

- Why? Why in the world would you make players go through a battle tutorial after we have already fought at least 3 other battles! Especially when the tutorial is teaching me about how to DO A BASIC ATTACK!

- Dude, are you serious? I have to attack him around seven times before moving on?

- The stuff about the Ele Boost and Over Limit was good to hear, but why did we just waste all that time going over things we already know to get to this stuff!

Sorry about the rage at the end there. But when the game starts treating me like an idiot, I tend to stop caring about being nice. It feels a bit like Luna's segment was made first, and the prologue was added later out of fear of players getting bored. It's a good idea, but have that tutorial moved to the prologue.

I hate to say it, but I'm getting the feeling that this is primarily an art showcase, with a game added in later. The art is awesome, and the music was well done as well.

Do I dislike the game? The short answer is: No. This game has a lot of potential. You (and your team) clearly put a lot of work into this, and I can't condemn the entire project based on the hour that I played. However, in order to keep players engaged to see it to the end, a lot of work needs to be done. The combat, while uninspired, is at least functional. The area I seriously recommend you polish more than anything else is the writing.

I'll come back to this game at a later date once I've cooled down and give it another shot. Until then, I hope this feedback is useful to you in some way.
sunny88
0 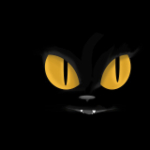 Close
08/12/2015 04:01 PM
Hello everyone! It's been a long time. In the meanwhile we've been working very hard on it. Thanks for the comments and feedback so far.
OmegaBattle
0