Heroes of Legionwood takes place 100 years following the events of Legionwood 2: Rise of the Eternal's Realm. Civilization has been consumed by a malevolent force known as the Darkness and only the last remnants of humanity remain, stranded on the isolated Alexis Island in the Aldegard Archipelago where they have no choice but to await their inevitable demise.

Playing the role of Locke, a young adventurer determined to save his people, you'll discover a world where your choices have consequences and every victory comes with a price. Can you stop the Darkness, or will you perish along with your people, never to be heard from again?

Heroes of Legionwood: Age of Darkness is an epic adventure spanning three whole games for only $6.99! Buy now!

Hey everyone. It's Devblog time again!

It's been a while since I've posted a development update for Heroes of Legionwood, basically because I've gotten stuck right into the next installment and there isn't really a whole lot that's different on a mechanical or design level from Age of Darkness. However, there are some major changes currently underway with regards to how the next installment will be structured, which I feel are worth talking about -- most significantly that the game has slowly (over the last few months) changed from an episodic trilogy to an epic two-parter and we'll be embracing this format moving forward.

Yes, you read right: Heroes of Legionwood is doing a Metal Gear Solid V. Basically, the plan at the moment is to combine what were originally going to be Episodes 2 and 3 into a single game, roughly twice the length of the currently released Age of Darkness. In this sense, Age of Darkness is something of a standalone prologue to a deeper "main game" which expands upon the concepts and story elements introduced in the first installment. If you remember way back to my early development updates, this is in line with my original vision for Heroes of Legionwood as a series of distinct games that connect to form a larger story arc, rather than mere "episodes".

A concept, funnily enough, that is well established in the RPG genre:

There are a number of reasons why I've decided to do the next installment in this way. The first and foremost is that I feel that Age of Darkness kind of works as a game in its own right. It has a complete story arc (cleansing the Weave and laying the groundwork for removing the Darkness) and an ending that does provide closure, though obviously leaving things open for a bigger conflict yet to come. Just as I originally intended, Age of Darkness doesn't feel just feel like an "Episode 1" to something larger -- and I want the next installment of the game to also feel like its own distinct entity, not simply a DLC. If I combine Episodes 2 and 3, I can really ramp up the stakes with the larger conflict that's foreshadowed throughout Age of Darkness instead of watering it down in order to split it into two standalone games as originally intended. Ultimately, Heroes of Legionwood should feel like two separate games that just happen to combine to form a larger story, not three continuous acts artificially sliced up.

There is, of course, also the matter of the upcoming RPG Maker MV to consider, and the time that will be required to become comfortable enough with it to eventually begin working on a brand new project. According to the Dark Gaia Studios Facebook page, something a lot of people are holding out for is a mobile RPG set in the Legionwood universe, something that's actually possible in the new engine. If I can minimise the time I have to spend dealing with the logistics of releasing two games by releasing just one game instead (and believe me, a lot of the stuff I have to do around release is actually very time consuming and tedious), I'll be able to more evenly divide my time between Heroes of Legionwood and any future products that RPG Maker MV will bring to the table.

What do you think?

Given that the first two Legionwood games took roughly 2 years each to develop, I made the decision to split Legionwood 3 up into separate chunks so that I could speed up the development cycle a little.

I intend to make an effort for each episode have some sense of closure in the ending instead of just ending on a cliffhanger and including a detailed recap at the start of each new episode, as there will probably be people who don't buy every episode and as such each episode would feel like a complete game on its own.
macblo

Close
01/05/2015 04:19 AM
Most likely. It depends on how Steam handles episodic games, but I'm sure it can be done. If anything, I'd just add the second and third episodes as DLC for the first -- when you buy the "complete edition" Steam will activate the DLCs as well.

It won't be for a while though. The release date I have set for this game is June/July. Since each "episode" is a complete game, it would take about a year for the trilogy to be completed.
Kieron 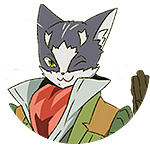 Close
07/28/2015 07:14 PM
I'm a little curious about something Gaia. I don't know whether it's just because I haven't gotten far enough as other classes or I'm just overthinking this, but it seems like the Magus class as a protagonist seems more important to the story than other class. I'm actually writing this as something of a 'first reaction' to be honest.
Dark Gaia

Close
09/12/2015 11:13 AM
The Magus class does have a lot of early unique dialogue options, but really your class has no bearing on the story. Cleric and Rogue also tend to have a lot of unique options. The story's written so that any class will feel equally important to the storyline.
Chilly

Close
10/25/2016 12:00 PM
I have just start playing Heroes of Legionwood and I'm already stuck.
I don't understand how I can solve the Puzzle in ruin, where I shall find something.
alexjones50
65