In the last announcement I said I was going to make a tactics game. That was sort of before I actually got really started. The game is in hot development now and is going well. There are some changes to what I'm going to be doing. First I won't be using the High Fantasy Pack for this game, instead opting for the DS Resource Pack. I had three reasons for doing this:
1) I'm not very good at mapping with the High Fantasy Pack.
2) The High Fantasy Pack lends itself to a more serious story, I wanted to do something light.
3) While it's possible to make a tactics game using 70x70 sprites, it's better to use smaller ones.

This game will take place in the swamp and will likely feature the use of 4 party members.
Enemies will be visible on screen and when touched it will transfer player to separate battle map.
The game will have puzzles such as pushing boulders, jumping, and super running.
I will be trying to make the game file RTP independent.
The game will have a name not related to Broken Gauntlet.

Here's some screen shots for what you can expect in the future... 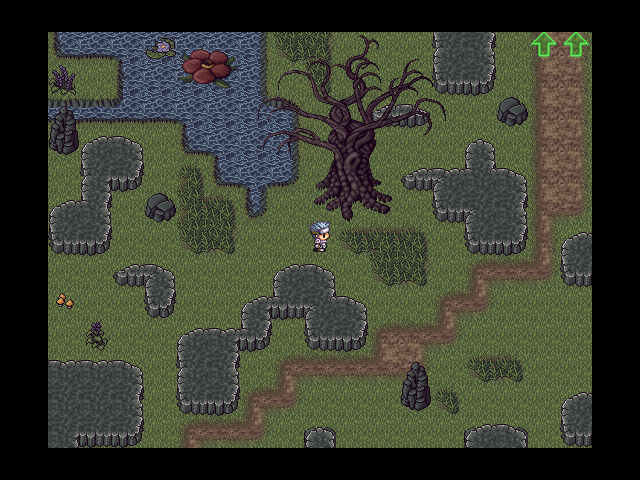 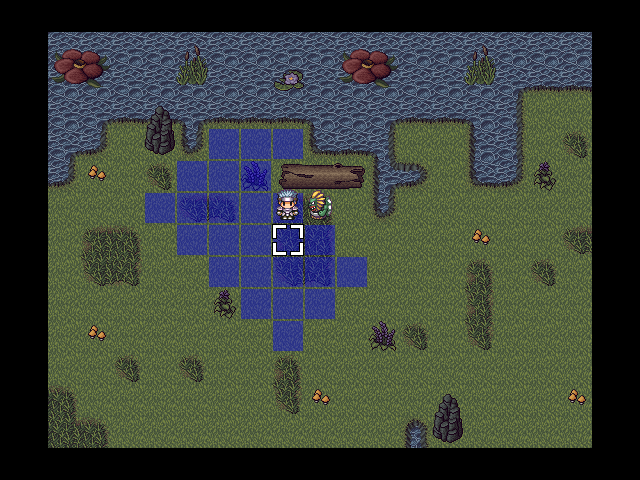 Game Page for this has been accepted, so I don't need to do blogs on this page any more.