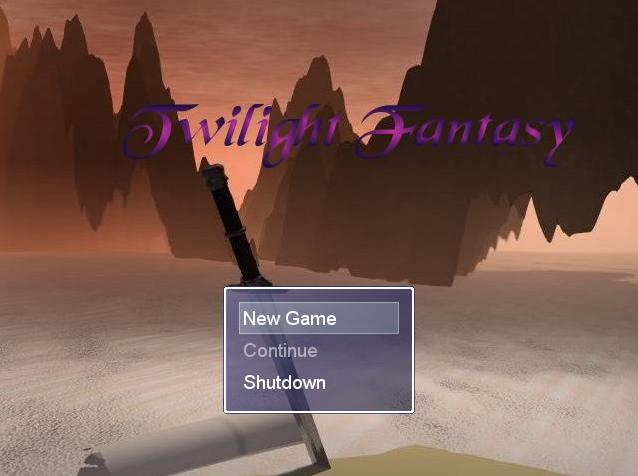 Twilight Fantasy is a short game made in RPG Maker XP. The last demo was released around 2008, a little more than 10 years ago. With no news since then, we can safely assume that the game will remain unfinished forever. It is also the first project of the developer, and it shows, but as always, let’s go with the point by point first.

The story is about some hero that killed the big bad evil a long time ago. Pretty standard stuff, but there’s a little nice twist in that the hero used a Dark sword that slowly consumed his soul. Now you play as Sirria, a young adventurer that, as you guessed it, finds this sword and now has to learn how to control its power. The story slowly shows the backstory of Necros, the hero that wielded the sword so long ago, and apparently, it is also the name of the dark power behind the sword. Too bad that the game is unfinished, making impossible to know the true origin of the power. 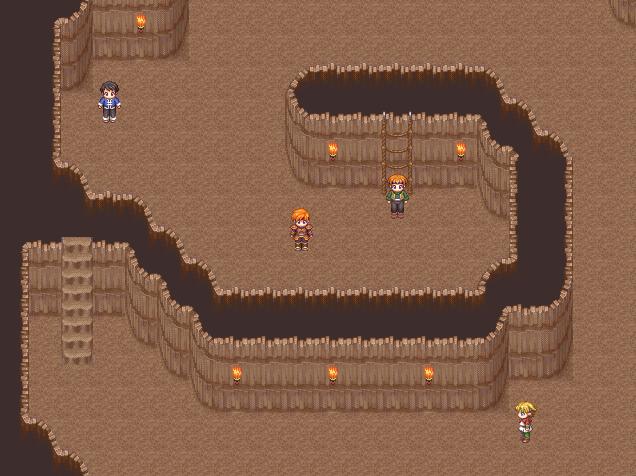 Aside from a few graphics here and there, the game is made entirely with the RTP: The enemies, the graphics, the skills, everything. This by itself is not necessarily a bad thing, but the way it is used is very awful. The maps are weird because some maps look completely fine (The first dungeon, some town and interior maps) while others are horrible (The first town looks really bad, some interiors are too big and empty.) The encounter rate is very high and the enemies seem unchanged from the default database. And while they die very quickly, 3 or 4 hits from them can kill you easily, and there’s almost nothing you can do about it. There’s not much reason to fight anyway, because the economy is completely crazy. The enemies give a pathetic amount of XP and Gold, around 12 G per battle. Sleeping in a inn costs 50 G in the first town and 100 G in the second, while new weapons and armor go around 400 G and go up to 1.300 G. I don’t think anyone has the patience to grind in this game, not even for levels as you’ll always end up losing a lot of money. Thankfully, healing items can be found almost anywhere, so is hard to be in a situation where you are hurt and you don’t have to money to heal yourself.

There two things that I found interesting. First, it seems like it has multiple choices, whether you want to embrace the darkness of the sword or try to be a good boy and not use it. The sword is really powerful, it triples your attacks and makes the encounters trivial, while also providing more tidbits of the backstory. The only downside is some very small max HP and MP reductions, but they really don’t matter. The “good” path is a lot harder and boring, and there is no reason to try it other than for completionists. The game is short enough anyway that you can play both back to back without problems 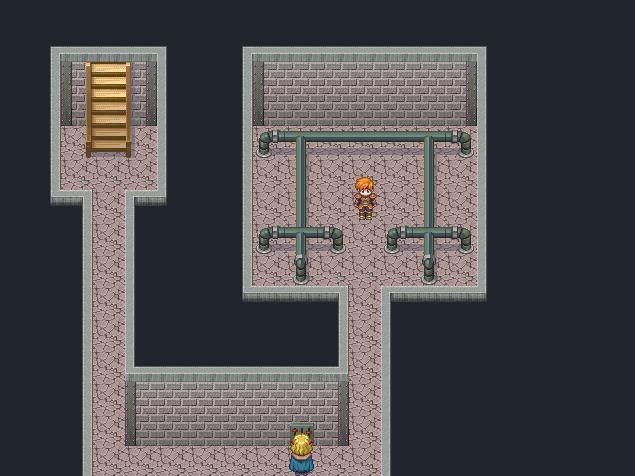 The second aspect that I’ve found interesting is that through the world there are different spots that you can examine, asking you to input a code. The problem is that there’s no mention of how to obtain this code anywhere on the game. There’s also a chest in the smith shop that is locked by another code too, and while I found some clues to open it, none of them really helped me (I found a piece of paper that said “The second number is 2”, another piece of paper that spelled “C, I, A, H” and a girl in the other town says that someone knows the code, but after talking to everybody, it seems that this is just a red herring.)

After just saying fuck it and starting to mess around with Cheat Engine, I managed to get inside a secret room that told me a code: 09-15-89. This gave me access to a secret cheat room in the first town where I could increase my stats, get free money, and fight a boss (this last feature didn’t work tho). Weirdly enough, this worked on one hole but not on others I’ve found hidden in the grass. So the mystery of the holes remains unsolved, along with the chest in the smith shop. With the development of the game abandoned, seems like we will never discover all the hidden secrets. 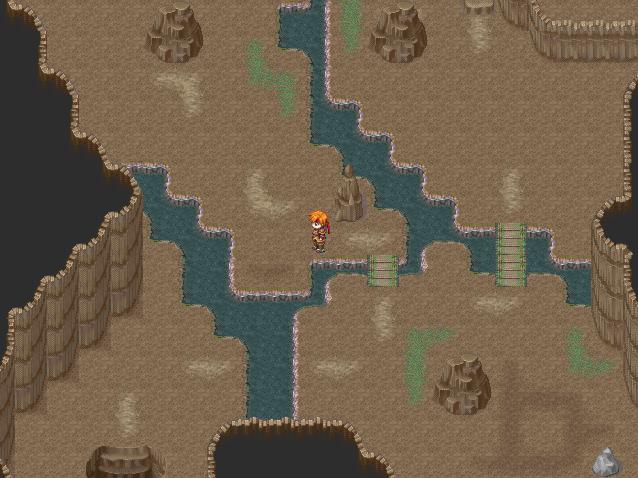 Aside from that, there’s not much else to add, it is just another run of the mill “my first game” experience. It is pretty short, you can beat it around 15 mins and at least it is not “offensively bad” as some of those games can be. But overall, it is a very underwhelming experience.