0 reviews
Save to Dropbox
Final installment in Zenland Trilogy. Mace Blue: Chapter 3 is classic jrpg with turn-based battles and fancy skills and characters. You fight enemies and unravel thrilling plot. Main sources of inspiration were: original Star Wars trilogy, Star Wars Expanded Universe, Might and Magic series, Adventure, Tron, X-Men. Game utilizes custom sound and vision from my workshop. Zenland trilogy was my way to learn to work with RPG Maker and to start with pixelart. Game may appear to be silly or lacking for that very reason.

Story/Intro:
Neukoln, terrifying weapon of Massive destruction was destroyed. Hitster and Bethanny were watching the explosion from the safe distance of their spacecraft.They were sure, Mace, Mel and Dan were all killed in the explosion. They returned to Zenland without further hesitation.
At the edge of life and death Mace Blue was saved by federal patrol. Presuming deaths of his friends and Bethanny, he casted off the identity of Mace Blue and became Dark Mace.In need of money he started new career as a mercenary for the small guild with a base on a remote Space station.
It has been almost 20 years since then. Now, the mysterious spacecraft with young girl on board, has been approaching the space station.

Disclaimers:
Game is meant to be minimalistic, so that is why it looks so ugly.
It has its own tumblr too.
Thanks Chaos productions for CSS tutorial, Kentona for commenting on the tutorial and CSS for La Liberacion.

Floating above waters of Hiatus 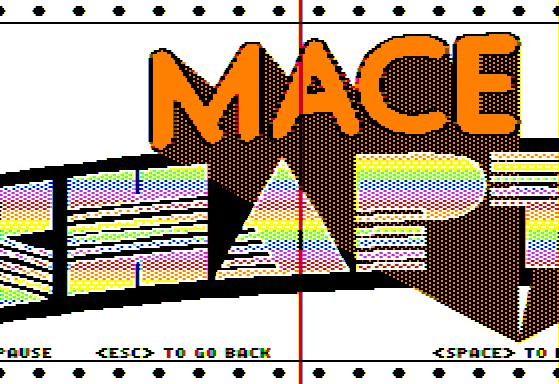 This Banner Maker is awesome

Ok, I haven't touched Mace Blue since the last update. I haven't read the last update or that damned chronicles page to correct mistakes yet. I have been avoiding VX Ace since that too. What if I opened the project accidentally?
But now, now I'm back on it. I returned to finish assets for the game, starting with music then moving on the rest of graphics.
I wanted music to be really retro and so opened this cool software call Music Construction Set. The problem is, that I don't know how to export anything. Also working with the program is pretty painful. Luckily I found something better, RT.Synth. It's a beautiful piece of software and it would be pretty helpful if only my laptop had had something like stereo sound card. I may try it with the other computer later.

So I haven't made anything worth a mention. So, I'll try to submit what tracks I'm about to make:
-10 for environment
-4 for bosses
-1 for the rest of encounters
-and about 5 story related songs

I want to make some custom sounds too. Maybe, I'll rip em from Ultima if I get lazy. 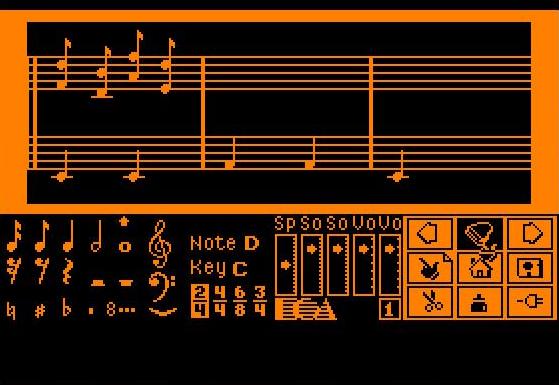 Grandma of your favorite, Fruity Loops

Also I'm returning to graphics. I've already noticed that some tiles are terrible. I won't be doing anything about it. But I'll make some more tiles for the resource pack. I wont to make some world map tiles as I'm in world maps right now.
As for battlers and sprites and faces, I want to finish it all as soon as possible. And It's unlikely that I will use a software for Apple 2. It's pretty hard to make something in it and I got bored pretty fast with wacky controls. 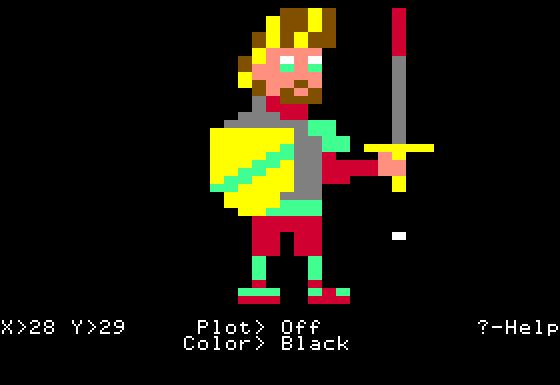 This is actually pretty cool

To finish the circle, I should talk about the actual game, how its mapping progresses for example?
There is nothing new here, but once the resources are finished, It's gonna be a piece of cake. I need to make about 30 maps and events for three quarters of the game. Story is finished since RSXIII.
From these magnificent yet frustrating tools, I moved on games to have some joy in my life. And they are wonderful. Some don't work, that's the truth. The rest is good enuf, Might and Magic 2, Space Quest, Karateka, Conan...

These dark waters of emulators are lurking me so much. 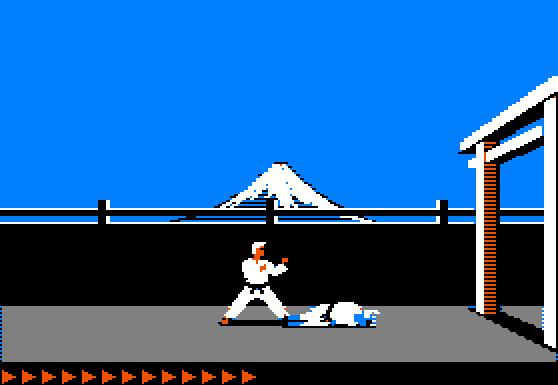 I love Karateka's colors. The game design is outdated, tho.
All major characters have faces.

Character sprites are about to be changed.