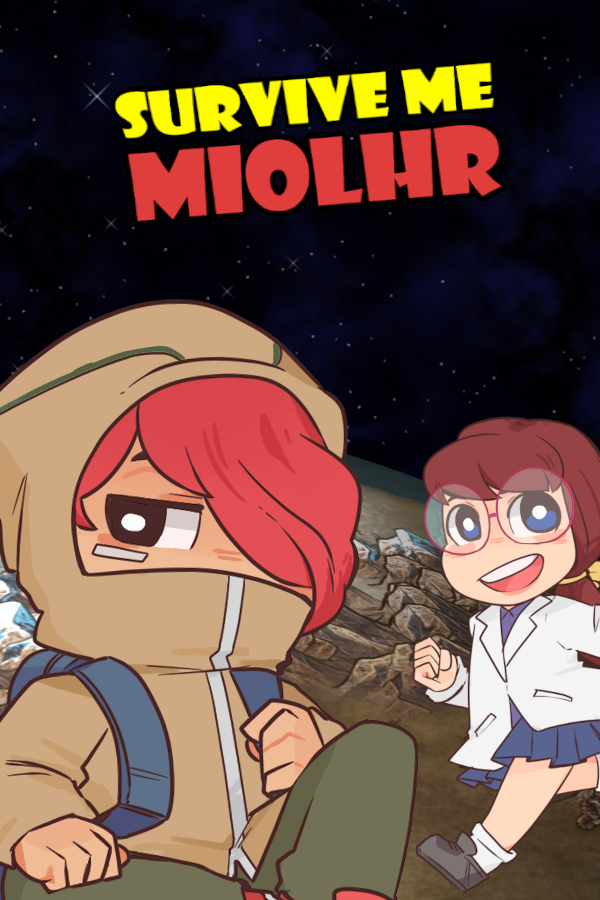 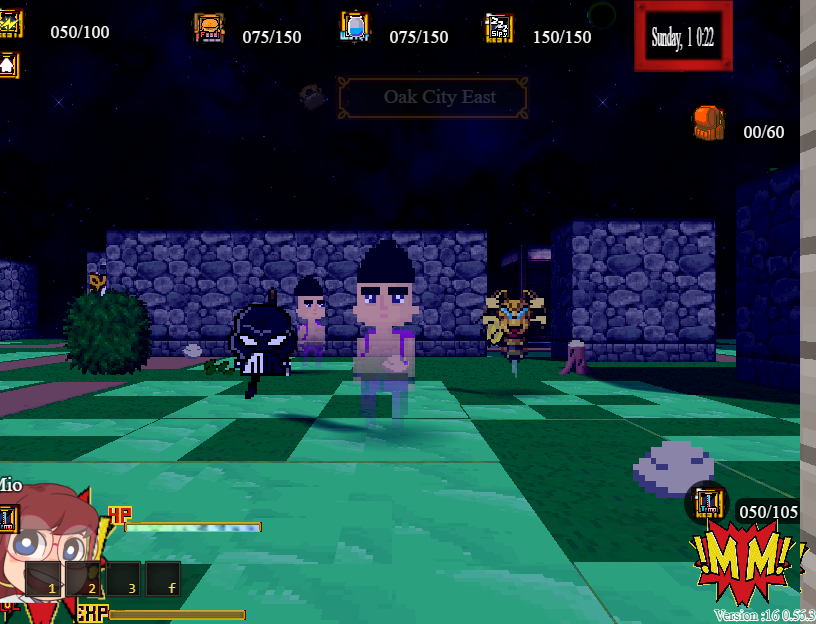 src="https://i.imgur.com/McV4kdT.png" title="source: imgur.com" /></a>
Long ago the Scientist of Miolhria worked on a cure for the multiple illnesses of their time. One of these "Cures" had horrible side effects turning man into Z's. This cause Havoc and Chaos all over Miolhria.
Miolhrkind's last hope was left with these same scientist who continued to experiment with the Virus which changed so many of the Miolhrians into these Z's.
(As you can tell not all of the People of Miolhria were Genuses..)
After years of experimentation and luck a second cure was found but didn't work as they expected.
Side effect from the second "Cure" allowed some people of Miolhria to Control Elemental Skills.
These People were called Users. Elemental type(s) are Fire, Water, Poison and Ice.
(User are people with the ability to control Element Powers.)
After years of training, the Top Users created DoJo's to train
and perfected their talents.
Years later Z's stated to build immunizes and split off into 3 forms.
Poison. Blazing. Earth!
This also allowed them to use these Skills.
At the same time User trained developed 2 New Skills. Physical
and Tool.
With these 6 Skills the World of Miolhria was balanced
for a short time.
DoJo leaders stared to develop Dual User abilities.
This was mostly through their training.
This gave them the ability to control 2 Elements at once.
For years DoJo leaders ruled the lands of Miolhria..until now...

Basics and Game play
This is a game about survival. Finding food and clean water while keeping yourself well-rested and in good health will all be challenges you will face.
{Save the World} of Miolhria from the 6 overpowered DoJo leaders and all other challenges as you make your way through each Biome. However, there are also zombies that you may have to fight against! Thankfully, you are not alone in your plight. There are others in the same situation. Find them, and work together!
When looting and even venturing out you have a Survival chance mechanic that gives you odds of survival. This is helpful for deciding to sleep outside by a fire or looting a large building. Be careful with your choices as making the wrong one can get you or your teammates killed. With over 100 maps and 500 items (150+ items, Armor and Weapons to Craft) there is much to do. It will be a long night!! 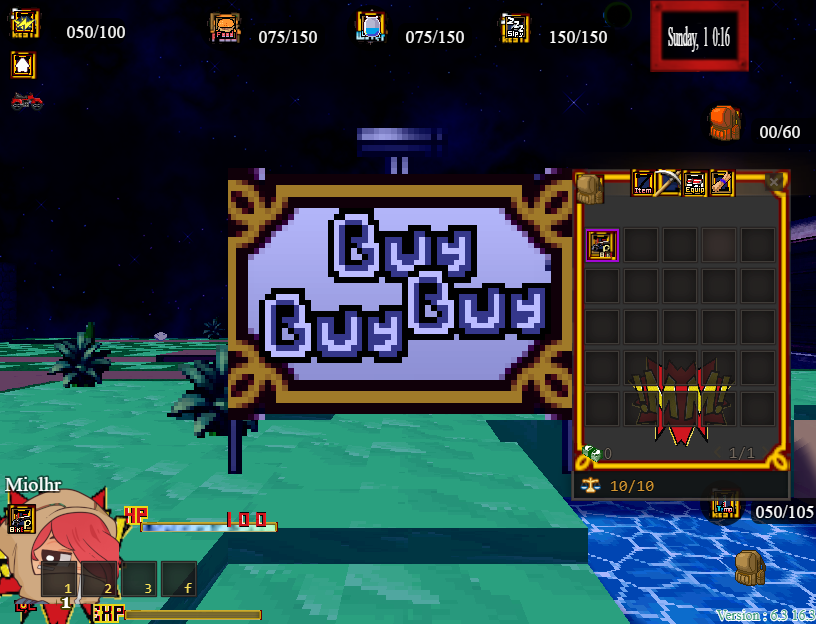 *600+ Items!(Coal, Shotgun, Mushroom Soup, First Aid and more.. )
*200 + Weapons!(Tools, Spears, Guns and more..)
*200+ Armor! (Tee Shirt, Military Boots, Cap, Colt Belt and more..)
*40 Quest (20 Multi-Use Quest)
*5 Biomes to Explore!
*Multiple Enemy types including Zombies, Animals and Looters to fend off!
*6 DoJo's to Conquer!
*Loot random locations from Med Centers, Homes, Weapon Shops to Deli(s)!
More to come with future releases!
*Crafting System that allows you to create Food, Weapons and more!
*Safe houses to stay in or Create your own home base!
*Make a Campfire and cook or Breakdown Items to make more Useful Items!
*Uses Cages and Traps to catch wild animals and Cook, Skin or Train them!
*Find Other survivors and complete quest for them to get them to join you!
*Be warned not all Team Members will work well together which may effect Disposition!
*Chance System which effects..
*Air Drops! (Effect amount of Drops in an Area)
*Visitor Breaking in! (Zombies, Animals, or Looters)
*Team Members! (Exploration)
*Chances of Finding Rare Items!
*Power Outage!
*Pipes not to work! (No Water)
*Chances of getting a Cut or getting a Sprains!
and more..
*Environment Chance of Rain will help with Crop Growth but Thunderstorm may cause a Boss Zombie to appear!
*Coming Soon Environmental Situations (Wind Storms may have a Chance of causing a Tornado)
More to Come...!

New Look New Design?
Good Morning from here Miolhrians!!
I do apologize I couldn't get the Demo out today as clearing bugs is a thing for the next update and want to go at it all clear!

Great News though the update Demo will be posted March 1 2021 and expect the Game to be released March 5! ...but without further ado..here are the notes for March 1 and March 5 game posts!

So begins Update 16 v6.0
The Demo will include a snip of all the Updates fixes and adjustments for Upcoming Update March 1 2021!

Depending on Weight and Bag size items are you carried!

Updated Rarity System! (Based on color and item) 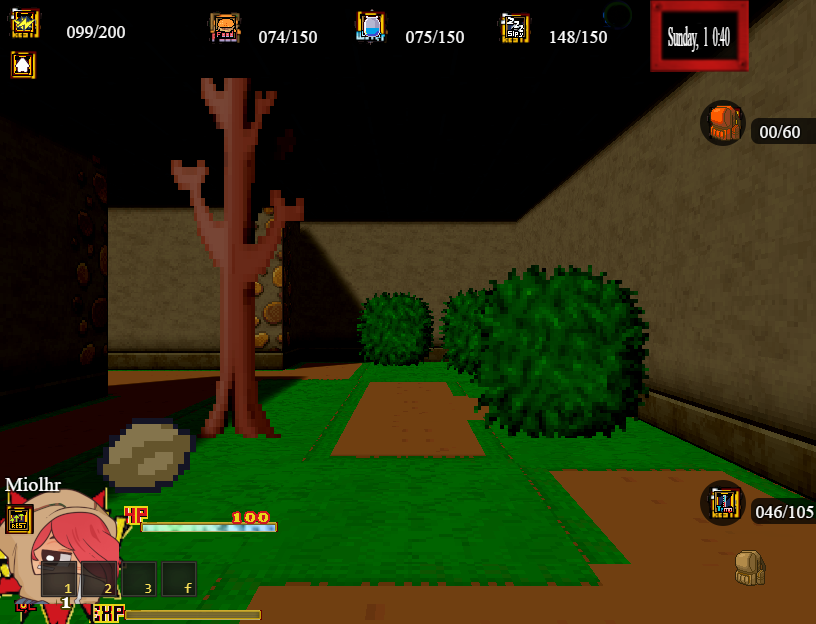 Polish Character Models, Items, Icons and everything I could get my hands on!

New Simulation based combat that depends on..

Time of Day or Night!

(which will now cross over into multiple new situations)

New Crafting System for your Home!

This allows you to add Devices furniture or pets to your Home!

(Defending it and take care of it!)

Being Miolhrian allows you into safehouses and to do certain quest!

Being Bandit, Looter or Raider allows you into Bandit locations but bands you from Safehouses unless for a Quest!

Now being a Miolhrian can effect you in a new way! Based on location (Home, Forest, Cave or situation) you body temperature will change!

Being to hot will cause you to be heated or Sick!

Being to cold can cause you to get Sick or Frostbite!

All Warm or Cold Foods and Drinks can raise or lower your Temp as well!

(Cold water when too warm, Warm soup when to cold) 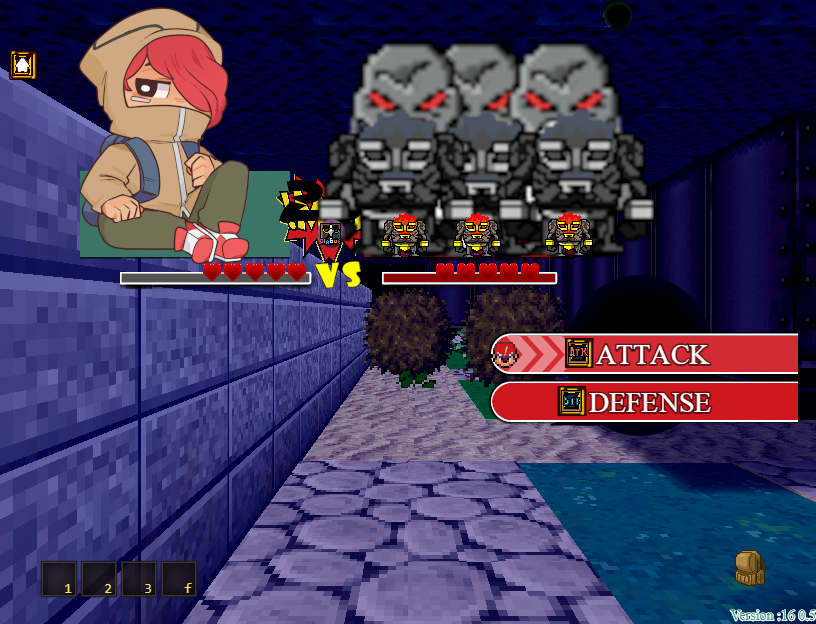 and many more changes and Updates...

Close
05/15/2015 10:42 PM
Thanks for all the Feedback everyone!
I did my best to include most of it into this version with all the other updates.
shayoko

bright green text with a clear background...cannot read that for the life of me!

it automatically skips bulks of text so you need to pay close attention and scroll back up to read it...

was stuck in the training room for a while not clear what you were supposed to do...

cant figure out how to save as its disabled...im done...


Overall
it...might have potential but as it is currently 9.0 the game was not enjoyable at all...
RADICALPEIN
850

Close
07/18/2015 06:31 PM
Thanks for the feedback. Srry at first didn't see your reasons under show but will work on those. To each it's own I suppose.. but Thank you for feedback.
RADICALPEIN
Nova420

author=Nova420
There's so much copyrighted stuff in here, you're never going to be able to go commercial...


Thanks for the post. I will the only thing I plan making changes to as I may have an issue it the artwork. I am currently working on my own for a while now. Everything else including the script will be purchase prior to the final release.

Close
10/14/2015 06:32 PM
Are you interested in having someone else make music for this game? I'm a sound designer/music producer with past experience.
I made the music and effects for 'Robototics' which became a featured game in appstore.
RADICALPEIN
850

author=Hattersin
Are you interested in having someone else make music for this game? I'm a sound designer/music producer with past experience.
I made the music and effects for 'Robototics' which became a featured game in appstore.


That sounds cool. If you have any special for a survival theme game I wouldn't mine hearing them. Thanks again!
R.P.
Pancaek
1307

Close
02/08/2017 02:29 AM
Take this with a grain of salt, but this doesn't look like something that a lot of people would be happy paying money for. I wouldn't advise going the commercial rout with this one.
RADICALPEIN
850

author=Pancaek
Take this with a grain of salt, but this doesn't look like something that a lot of people would be happy paying money for. I wouldn't advise going the commercial rout with this one.


Thanks for the feedback!
R>P
NTC3

author=Pancaek
Take this with a grain of salt, but this doesn't look like something that a lot of people would be happy paying money for. I wouldn't advise going the commercial rout with this one.

Wow wasn't expecting that haha. For my 2 cents..may not be worth much but..I do feel my game has made A LOT of progress from a year ago. I do think this is due to it has been tons of feedback which has helped me so much. I understand most people will not feel the same but part of being an Alpha build I can always make changes, improvements and build a game I am proud of. I do see a lot of game charging $60 for games that look nice but are extremely limited on gameplay. The one thing my game will have is gameplay that makes it worth the price if nothing else. This is the main reason for the price-range as well as I am a Solo developer doing as they say everything. No excuses though. Thanks again for the feedback as it is good to get other opinions on this! :D
R>P

Yeah, I know. I admit I immediately found this project strange due to there being so many survival games out there already, 2D and 3D (so need to invoke 60$ AAA games here!) and it hardly stands out relative to those in any (good) way. It's not even the first RPGMaker game to try this: it was preceded by After the End: The Harvest, though that game is less about survival and more about space exploration (i.e. No Man's Sky rmk edition.) Still, I was just drawing attention to how it's commercial already, and so he can't just abandon it now that a decent amount of people have paid for it. He might make it free, I suppose, but if so, it ought to be done only after official release, and probably a few months after that for posterity. Doing it while still in EA will probably just piss off more owners and motivate a lot more negative reviews.
RADICALPEIN
850

Close
02/10/2017 12:53 AM
Well stated. I have seen After the End and agree..somewhat of a No Man Sky. I don't think of my game as a survival game like the ones that are out now tbh. With most, not all of them, they seem to be just worry about food, water and shelter. I do think my game has more than that from the capturing animal, training them to become pets, npc aspect with quests, adding them to your team, and even storyline, conquering the Boime-based DoJos. (more which I won't waste to much time adding on..) Never say never on reducing the price but don't plan on making if free as I want to include a trade base server system like pokemon but it's a work in progress right now. When people pay money for a project regardless of what it is the creator, I think, should make it worth the money. Just my opinion anyway. Thanks again for the post!
R>P