Bipo: Mystery of the Red Panda

Bipo: Mystery of the Red Panda is an old school RPG, minus the combat, and therefore the experience points and need for weapons or armour, this is an adventure game with quite a few puzzles thrown in to spice up the action.

As our adventure starts, Bipo is told by the local nun that his grandfather, one assumes adopted since Bipo is an anthropomorphic red panda and his granddad is human (unless there is some really wacky genetic modification going on here), has gone away to join his grandmother. The explanation given to Bipo is purposely left vague, but Bipo misses his grandfather so decides he better get out there and earn some money so he can board a ship and follow his grandparents. 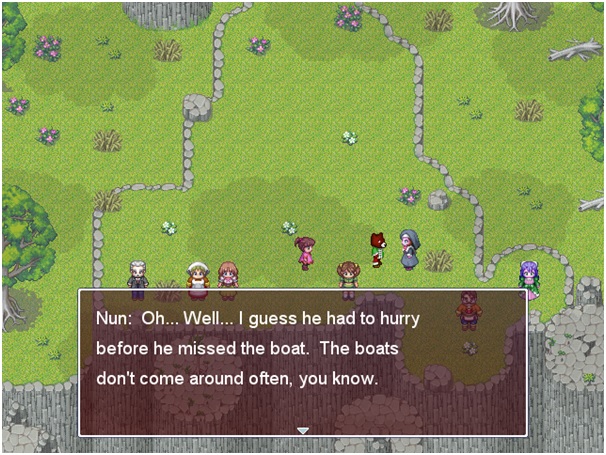 Funny I always though Charon's Ferry turned up whenever it was needed.

One of the first things you notice is the inclusion of voice acting for some of the characters, most especially the ones that give you a quest. The first of which is Birdie, the proprietor of the cupcake shop. She's got a cute custom graphic and an equally cute voice actress to go with it. Oddly all of the inhabitants of the town speak in English, but Bipo appears to speak in "panda" so when he speaks we get subtitles, but the residents have no problem understanding him. So Birdie kindly tells our adorable little guy to head to a local ice-cave to hunt down something called a Towhee, because Birdie will pay top dollar for one of the hatchlings. Personally I think that's probably contravening a bucket load of wildlife conservation laws and since the WWF's mascot is a Panda I have no idea what Bipo is thinking. Yes, yes I know Red Panda's aren't actually Panda's, but I'm running with the nomenclature.

Still a quest is a quest and Bipo needs the money, so off we go to steal a baby Towhee from its poor unsuspecting parent.

Transitions are via the world map, and you jump through a series of locations without bothering to go through all the intervening space, which s a nice time saver. You can also use the mouse to travel which is much quicker on the world-map than the arrow keys. 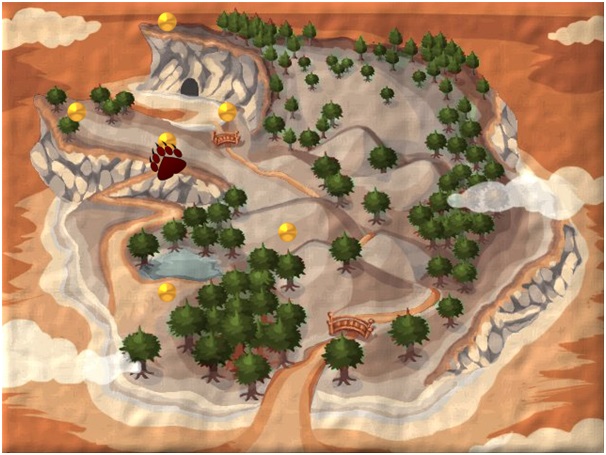 Not sure about the orange ocean but the panda paw is cute.

As the game starts you have six possible locations to visit, including your own home, but as the game progresses other options become available.

The graphics n the game are mostly the default with the most notable exceptions the three cut scene locations, Birdie's Cupcake Shop, the Newspaper Office and the Tailor's Very Expensive Clothing store, likewise the music is all the default and mostly the upbeat light and airy themes, in keeping with the somewhat juvenile feel of the game. This game was released in a commercial format for a period of its existence, and indeed you can still buy it on the developers website, but for a while it was available here on RMN and that's when I grabbed a copy, I'm not sure what age range this game was designed for, but given the content I think early teens was the target audience, though other than the fact that you as a player know what has happened to Bipo's grandfather there is nothing that would be a unsuitable for children.

So after checking out the cliffs and the town it's time to head to the ice-cave and we find we can't get in without a winter coat, to which my response was, Bipo, you're a red panda, you come with a coat pre-installed! Still this is a chance to try out the fishing mini-game so we can earn a bit of money to pick up that coat...and it isn't a mini-game, which is a bit of a shame since it would have been a perfect spot to incorporate one. Still, with some fresh oolong burning a hole in my, erm, fur I head back to the tailor for a new coat, and back to the cave where we run into the mainstay of most of the game play, puzzles. In this case an ice-slide puzzle. 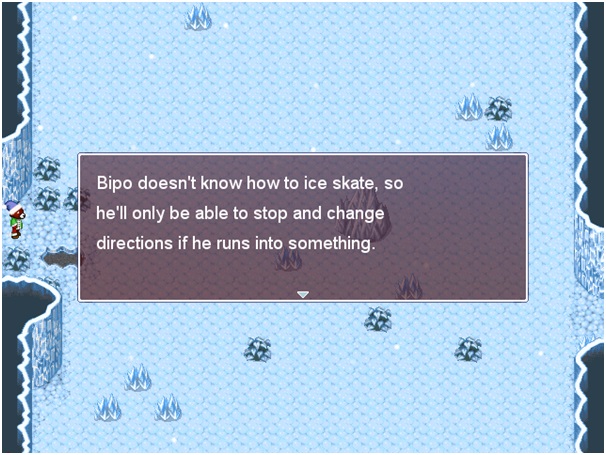 Silly Panda, though I do get to show off my new outfit!

Once past the ice-slide there's a maze and then a dodge puzzle, none of which are particularly taxing and since the save option is always on, if you are having trouble dodging around a couple of the enemy sprites you can always save incrementally until you make it through. Once you finally corner the towhee there's a fun little mimic game to get it to trap itself and you're done....except just as you are about to celebrate your victory over a small fluffy bird a mysterious cloaked stranger decloaks and steals your newly stolen Towhee and then disappears (recloakes, maybe?) but in the process drops a strange magical necklace.

From this point on the mystery deepens as this hooded figure seems determined to reclaim his dropped property and as you are now walking around with it, you're his number one target. In addition you take on the role of cub reporter and photographer ala Jimmy Olsen for the local newspaper and set out to investigate the sinister haunted manor on the hill, and discover its secrets, as well as trying to discern just what it is about Birdie's cupcakes that make them so very delicious and addictive.

There is at least one puzzle later in the game that falls prey to the need-a-piece-of-paper syndrome, which is a pet peeve with me, I'm firmly of the belief that everything needed to complete a game should be available within the game, which means if you need to remember a code for a password protected door it either has to be simple or you need to have a note in your inventory or quest log, unfortunately that is not the case here, but since it only happens once and the vast majority of the puzzles within the game are engaging if not particularly cerebral it's easy enough to overlook it. There is also the unfortunate decision on the part of the developer to have an insta-death as a censure for making an incorrect choice in some, but not all, of the puzzles which is both irritating and unnecessary.

One thing that is a little harder to overlook is the relative sparseness of the game, by the end there are 11 locations to visit but none of them ran to more than 3 or 4 rooms and in some like your home or the farmsteads of Kit and Stufflebean everything is contained within one room or map, which doesn't leave a lot of room for exploration.

Then at the very end we get a full 5 minutes of the most bizarre exposition that comes so far out of left field it should probably be considered another planet. Acts that had no previous motivation were attributed to characters you barely met, the whole mystery of the haunted manor and the cloaked figure were tied together with threads of absurdity and in fact contradict evidence supplied earlier, and previous plot points were thrown out with the bathwater and replaced by random fanciful megalomaniacal outbursts by the character least likely to have done anything at all. It's just a mess, a confused, rushed and nonsensical mess. 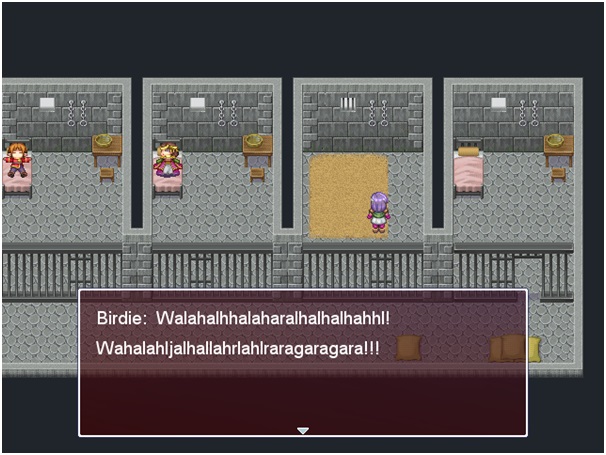 Almost exactly the sound I made after watching the ending.

If the last five minutes of the game were removed I would have said it was a charming if somewhat simplistic story, a little rough around the edges but with some nice graphical and audio touches and a main character that was endearing and sympathetic, however with that last visit by the acid-tripping exposition fairy, I can't really say that at all. In fact I'm not sure I have the words to articulate just how off the wall and peculiar the ending is, and how much I implore you to not watch it, go and make a cup of tea once you hit the final showdown, by the time you come back the cute little added extra of the 'out-takes' will be playing, and they're a bit of fun.