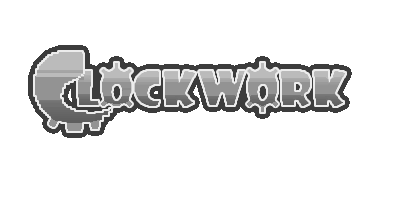 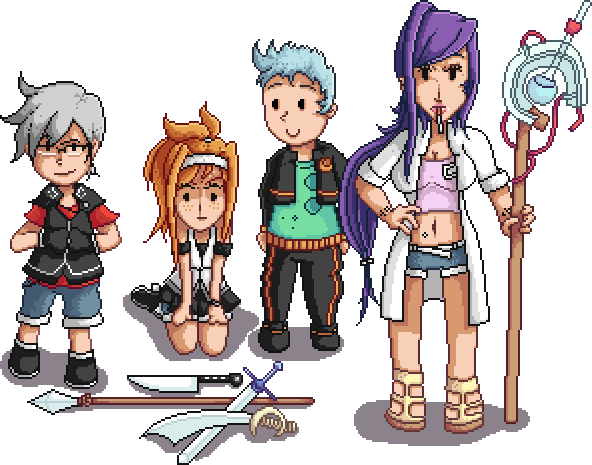 In this world, there are many places where time has been frozen for several weeks. The time-freezes aren't safe for normal people who are paralyzed until the places are purified. Who are the saviors? They were called "specials" because of their colored hair. Today they are "heros" or "soldiers" because they are able to not only survive, but gain access to certain powers that only exist when they are in close proximity to these disturbances. In this time of need, the government decided to send children in the battlefield...

Edwin - 12 years old - Time
Main character that you will control. He is always searching for Debora who is a childhood friend.
Talent : vision (passive in battle) - you are able to detect your attacks' efficacy and to estimate its power.

May - 12 years old - Fire :
Edwin's friend. She is rather suspicious and she has mastered many weapons, such as sabers, swords and broadswords. Her father is a blacksmith and he has passed on his forging passion.
Talent : forging's mind (activation in market place) - she is able to forge new weapons in the market. Furthermore, She already has got a great mastery level in certain weapons.

Romada - 25 years old - Poison :
In charge of Edwin and May. She is a talented biochimist, alchemist, and tutor for new recruits. She will escort Edwin and May in order to teach them how to survive.
Talent : making potions (activation everywhere) - she is able to make potions, even in battle.

Axel - 12 years old - Water :
Axel is a radiant personn, he is never unhappy. He can't bear people feeling bad every time and he is really gifted to help them to find happiness.
Talent : bubble (activation in battle) - for 1 PB, you are able to place a bubble on his weapon that will now heal. To destroy the bubble, you have to use 1 PB again, or wait for the end of the battle.

- Mix of tactical and classical RPG. You can move your characters to a square and then choose to attack or not
- 8 classes which depend of colored hair (grey, red, blue, green, purple, yellow, brown, pink)
- Each character owns an unique talent (that can be used in battle or not)
- Growing up of your team
- Craft and Alchemy system

Clockwork is on hiatus

I've been only working on my editor for few months, and my project Clockwork is officially on hiatus. However, this is not something bad for the game because RPG Paper Maker will be the engine I will work with. Once its release, it would be easy and quick to take the project again.

Thank you for waiting, the editor engine would be finished in summer 2016. And so, maybe a first chapter of Clockwork a few months later ? I'm always thinking of gameplay elements + other features even if it's on hiatus. ;)

Close
04/23/2015 04:49 AM
This looks and sounds pretty interesting. I look forward to seeing how it progresses! Good luck~
CashmereCat