0 reviews
Save to Dropbox
Penumbra Crystallis is an RPG Maker MV game that is heavily inspired by series such as Final Fantasy, and borrows lightly from others such as Dragon Quest. Penumbra Crystallis tells the story of Vahn Vainstrong as he is gradually swept up into plot to drain the Crystals of the Elements by a mysterious entity known as Malacore that will take him and his friends on an adventure that spans the entire globe as they fight to protect the Crystals and the elements themselves.

What's with the name?
Penumbra Crystallis gets its name from two elements of the original games storyline, the Blackmoon phenomenon (Penumbra) and the Crystals of Element (Crystallis). The term "Penumbra Crystallis" will also appear in-game at one point too, so there's that!

How long is this game expected to be?
I'm still not 100% sure on the length of this game, and I apparently always spit out guesses that end up being wildly inaccurate. My games always seem to take you guys twice as long to beat than I expect, so maybe I'll play it safe and say that you'll finish the game somewhere between 30 and 70 hours.

Just how different is the story from Blackmoon Prophecy?
You start off in Vahn's hometown instead of Branch Castle, so the differences are evident as soon as you begin. Within the first hour, you will discover that Hans and Vahn are no longer dragoons, Vera's already chilling at Branch Castle and is now from a different kingdom (Artalia, or Lindblum as it was called in Blackmoon Prophecy), the rivalry with Darius unfolds differently, and the Crystals of the Element are targeted in a much different way and for different reasons! And that's just in the first hour or two!

How many assets are original?
All animations, battle backgrounds, sprites and tiles are being made by yours truly. This is a huge endeavour, as I've never done more than the odd major edit here and there in the past. To make it an easier learning process for me, I've used the RPG Maker 2000 RTP and Final Fantasy IV and V graphics as heavily references and sources of inspiration. If you see a sprite or tile and say, "Hey, UPRC, that's a rip!", look a little more closely. I promise it's not!

Portraits for the playable characters are, as usual, original creations by RMN's Avee. He did such a good job for me in Blackmoon Prophecy II that I always find myself going back to him for my portrait needs.

As for side view monsters, they are being created by the awesome level2janitor!

Music is from several sources. Some tracks that Brandon Griggs composed for Blackmoon Prophecy II are coming back, as well as a few unused tracks that he had sent me that never made it into that game. The rest of the game's soundtrack is by Bert Cole and YouFulca (the former is on Patreon, the later sells their tracks on their Japanese website). All music used is delightfully retro sounding.

What's with the ancient game page? Isn't this a new game?
Yes and no! Penumbra Crystallis has been around for a while and has just mutated a few times with this game page frequently being private in the past as I tried to figure out just where it was going. Originally intended to be part of Blackmoon Prophecy, and then a remake of Blackmoon Prophecy... and then finally, renamed into what it is now and turned into an original project that serves as a non-fan game retelling of Blackmoon Prophecy. It's roughly always been the same project at its core, it has just changed names and engines a few times until finally reaching its FINAL FORM.

Penumbra Crystallis' card game, Beast Master, is finally playable. I vowed to add a Triple Triad offshoot to the game before I even made my first map, and now I've finally got it up and running.

So, what's the deal with this card game? It's sort of like a hybrid between Triple Triad and Tetra Master. Instead of having four different numbers indicating how strong a card is in each direction, all cards only have one number, which is displayed on the card as their level. Cards go up to level 5 in strength. Now, this card level, this indicates how strong a card attacks in all direction. I know what your reaction is to that. "But UPRC, won't the card game suck if the numbers only go up to 5?"

The thing is, these cards have... arrows! All cards can have up to four arrows, one per side. If you have a card that has an arrow pointing left, and you place it beside a card that does not have any arrow on its right side, you automatically flip it. No arrow means that card cannot attack or defend at all on that side. So, there's a bit of Tetra Master in there as well.

Enough blabbing, here's the beginner tournament in action within the game's arena location (which is also where you can do your traditional arena battles ala FF6's Colosseum of FF7's Battle Square).

Note: Triple Triad theme is a placeholder until a replacement track is composed/found. Bert Cole is probably going to be putting something together in the next week or so that I can use, so I'm pretty excited for that.

The Water Shrine's entranceway, once again with a pot that heals your party! Keeping the tiles looking similar to the FF5 ones I used before was something I knew I wanted to do from the outset, and I think they came together really well.

New monsters care of level2janitor. Securing a monster artist was also the last thing I needed to go commercial, which means... I have!

The overworld now has a slight Mode 7 effect.

Just like in the original Blackmoon Prophecy, Melanie is awful at holding onto her dolls. 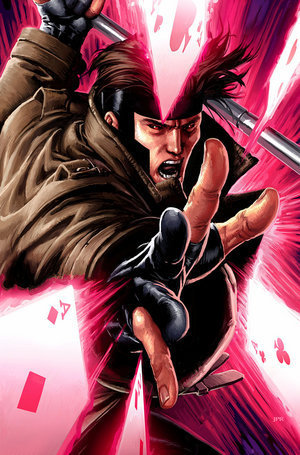 author=Oblic
Man... I haven't seen this in a long time, and now I'm depressed it won't be finished. Are you planning on working on it in a new engine?

Truthfully I just forgot about it long ago. I originally stopped working on it because I just stopped liking the way I was making it. I don't know if I have any future plans for it but I might upload the old incomplete version just for the hell of it.

Close
12/31/2011 04:01 AM
Well, I'm sorry to hear that... but uploading something is better than nothing. Also, I just realized that this is your game! I don't blame you considering the undertaking of Blackmoon Prophecy!
JosephSeraph

I really should have this set as private until Blackmoon Prophecy II is done, haha.
Red_Nova

It is, but it's just a side project. Also, everything I've been working on has been going very slowly for the last 2-3 months.
Fato95 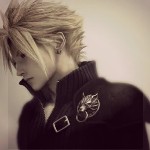