BLANK: A Patch in the works!

So it's been exactly two months since BLANK version 1.0 (the fully-developed version, might I add) was completed and released all around the web on various sites alongside this one. After that came Patch 1.1, which fixed and changed many bugs and features you all notified me about and that was cool! Then came Patch 1.1a, which fixed a pretty big bug found in the final chapter of the game, Chapter VII: Hollow.

So you may be asking yourselves why I'm writing this new blog post (or probably not, if you've already memorized the title of the post). Well basically I'm nearing that stage in development where I'm not quite ready to release what I've been working on so far, but I am prepared to show you what's what. Now without further ado, let's finally talk about...

Now before we start off anywhere, I'd like to mention beforehand that many of the new additions to this patch were mainly features that I personally wanted to implement into the base game, but couldn't due to time constrictions. That doesn't mean to say that there haven't been additional features/fixes added into the game as per your suggestions, I've worked hard to adjust some of the other minor problems found in Version 1.1a of BLANK.

But you don't want to read my hastily jotted down explanation, you want to see some content. And what better way is there to show you content than showing you two new additions added as per your request:

So a few of you expressed some concerns about there being an overall lack of Deman NPC sprites for the game, particularly the females. Before there was only one base female sprite, but not anymore. Come Patch 1.2's release, Transech will see a brand new female NPC sprite enter the fray. Oh and there's also another male NPC sprite, so I suppose he's just as important too.

All jokes aside, all of these new NPCs have been designed in the same way as the other NPCs and you can find them all throughout the land of Transech. Even some of the game's major NPCs like Cariella's mother and the Lunos Town Shopkeeper will be adopting these new sprites as their brand-spanking new look.

Here's two small examples of what the new NPCs look like in-game:

Pretty cool, right? Now you may also be asking yourself whether or not I got lazy with these NPCs and didn't design some new Corrupted Battlers to go along with them. To answer that question, I'll just say that I did and leave these images here for you to see.

Yes, these are actually some new Battlers for the game. They don't deviate too much from the other Corrupted and Inverted Demans of the game, but they still have their own little tricks up their sleeves. But do you know who has some nasty little tricks up their sleeves more than anyone else in BLANK? The bosses, that's who! And with Patch 1.2, those pesky beasts will be a little bit harder to deal with. Why?

So let's talk about the two new Status Effects coming to BLANK 1.2. So first off, we have:

CRACKED
So you probably recognize that symbol, don't you? That's the Status Effect logo for the Bleed Debuff. So's why it got a teal colour, you may ask? Well that's because it's actually a brand new Debuff Status Effect, but shares a similar role to Bleed. Only except of dealing percent-based HP damage at the end of each turn, it deals percent-based MP damage at the end of each turn.

Unlike Bleed, which deals around 5% of the target's MHP at the end of each turn, Cracked deals around 25% of the target's MMP instead. The idea of losing MMP may not sound as dire as losing MHP at first, but certain members of your party, such as Desolun and Contasma rely on MP to survive. If they're afflicted with a Debuff like Cracked, it'll really put a dent in your plans in the long-run. Fear not though, as there are three saving graces regarding this new Debuff.

So now we've talked about that, let's talk about the much more dire Status Effect:

AFFLICTED
This is a particularly nasty Status Effect. While it is active, it will deal 2% of your MHP and MMP at the end of each turn. Now again, that doesn't sound too bad, but here are three important things you need to know.

Now I know what you're thinking. This is a pretty evil move for me to pull, but hear me out on this. The Status Effect will ONLY be applied to your party at the start of each major Boss Battle. Afflicted CANNOT be applied to your party by any other means. As for why I've added this new mechanic into major Boss Battles, I want to see if it adds an extra layer of tension for the player or just unneeded frustration. This is why I want you guys/girls to be extremely honest with me here as soon as the new patch is released. 2% of your MHP and MHP at the end of each turn doesn't sound like much, but I want to wait to hear your thoughts when the patch is released before I go making any more changes with it.

So going back to the topic of Patch 1.2, is it just new Status Effects and NPCs? Nope, there's still two more things I've yet to discuss. So let's go over one of the biggest new additions to the game:

New Area: The Hall of Memories

You recognize this place, don't you? No? Well surely you must recognize the colour palette of this new area. That's right! It's near the city of New Lumenia. Now what is this mysterious place you ask? Well that my friends is a place run by this illustrious guy!

This is a brand new major NPC to BLANK. He isn't your average Deman citizen, he's something far greater and ominous than that. In fact, his name is so ominous, I can't actually reveal it at this point. With his name and motives omitted to the player, what exactly is his purpose here in Transech?

Well funnily enough, it's actually quite the meta-breaking one. You see one of the features that I included in BLANK was the item rarity system, going from White, Green, Blue and Gold (ignoring the Red/Cyan Key Items). Now almost all the bosses you faced before coming to New Lumenia had very specific item drops, some of which were some of the best items in the game. But you only had one shot at actually landing one of these rare items...

Thanks to this strange owl-guy, you as the player can now enter this new area called The Hall of Memories and relive some of the best (or worst, depending on Veta's respective) battles you had up until now. Here's some of your defeated rivals in their new and haunted glory:

So what's the deal with these guys? Well technically they're not real. It seems that whoever this mysterious NPC is, he has an innate connection to the Astral Plane, similar to Angeral and Lumenax. But rather than use his powers to subjugate, he's using them to challenge you. Of course he isn't do this for free, y'know.

Depending on what boss you choose to fight, you will have to pay a certain Gold fee. Now you should also bare in mind that these bosses DO NOT reward you with EXP or GOLD. In fact, their only purpose is to serve as grindable loot sources for you to abuse. To encourage this behaviour, these bosses have had their iconic item drops SIGNIFICANTLY increased. This means you are more than likely to obtain some sweet loot from these guys than you are from their normal, not dead counterparts.

Now I realize this feature may not be everyone's cup of tea, but keep in mind that it's a completely optional feature and a completely optional thing to do. Best of all, you can do this at your own leisure. Just don't be reckless and destroy Lumenax (spoilerino) beforehand, you won't be able to return here if you do as the Hall of Memories can be only be found in the Lumenia Pass, between Solenia Pass and New Lumenia.

So is that all? Well no, there's just one more feature being added to Patch 1.2 that I've saved best for last:

Alright, I'm sorry. I said I'd saved this best to last, but I really don't have anything to show you guys, except this little cutie pie.

But if you can already gather from the subtitle, I'm working on a completely new dungeon for the players to explore, Vivizec's Lab. See before you left the village of Finima to end his scaley butt, Vivizec was up to no good in a secret accommodation just south of Solena Town. He had his underground library, yes, but a library's no place to do dark research on Corruption.

So after defeating Vivizec at the Temple of the Displaced and clearing the fog to New Lumenia, a new path will open south of Solena Town that will take you to an abandoned home that serves as the entrance to this vile laboratory. Just what will you find down there? You'll just have to wait and see. :>

Anyway, that's all I've got for you guys & girls now. I don't have any set release dates for when Patch 1.2 or a full list of notes, but you can be sure that it'll be complete sometime around May. As always, if there's any questions you'd like to ask or comments you'd like to make, just leave a reply down below and I'll get back to you soon.

Talk to you guys soon!

I wish I was a generic man NPC. I could live a generic life full of lefts, rights, ups, downs, and silly one liners.
KingSangos 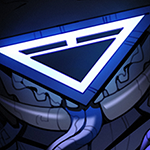 author=orochii
Didn't read the text, but man, those are some cool monsters and graphics and NPC faces. <3

I wish I was a generic man NPC. I could live a generic life full of lefts, rights, ups, downs, and silly one liners.