Resonate ~call out my angel~

4 reviews
Save to Dropbox
Game created for the IGMC 2015.
Please vote for it if you like it! ^-^)b
so im not even guilty of abandoning project sophia for a while

A girl wakes alone in a forest, a voice telling her to nurture The Tree in order to regain her memories and return home. She and her 2 newfound friends are set to do so, as none of them have even the slightest idea of not only who they are and where they came from, but especially where they're going.

Resonate is a short, linear rpg inspired by the 32 bit era of gaming.
Explore 3 dungeons in order to find the so called Miracle Water, the only thing that can bring The Tree to growth. Happy birthdayyy!!! Excuse my half assed excuse for a sketch, for some reason I couldn't get the composition right, but I wanted to celebrate!

So thank y'all for having played the game, enjoyed it and given feedback.

I'm still slowly working on the definite, steam version of Resonate.
So I'd like to talk a bit about what's going to change.

First thing, as you probably know: I've wiped out the entire database. I still haven't rebuilt it because I want to redo several maps and the game flow before I think about doing the database. But I didn't like the balance, nor how the battles were playing out, therefore I did away with the database in favour of an all new balancing!

I've also added Luna Engine to the project and redesigned all the menus. I am still having trouble with the Equip scene as it doesn't seem to want to behave properly, but other than that the menus are all pretty much done. Oh, I'm also not happy with the battle damage display, but I'll figure it out.

The next main thing that's happening is that not only each world is being expanded slightly (especially the latter two), I'll be able to do as planned and make the game NON-LINEAR! I'm still thinking whether I'll do away with levels, minimize the effect of level progression, add an enemy scaling system, or whatever I'll do to make the game work on that sense, but any of the three main dungeons will now be able to be beat in any order and will be longer. Monsters also will have different movement patterns, and I'm considering the possibility of allowing you to clear a dungeon of monsters after a certain number of battles (save for a couple' on specific screens if you want to grind). I've wanted to add puzzles in the original version of the game, but since doing anything with events is a bit hard due to Quasi's movement script I couldn't implement your typical block pushing puzzles nor anything that needed collisions. Now I'm considering a picture-based puzzle.

Another thing will now be the mini-worlds, new mini-stones close to the three main stones in Triple Gate which offer small diversions to the story, as well as interesting new sights. They consist of a handful of maps at most but they're meant to break down the game flow a little.

And to end the dungeon changes, there shall be two new dungeons: A true final dungeon once you beat the body of the quest, and a new game+ exclusive dungeon where you put your mastery of the game's mechanics to test. For I to be able to pull off a fun New Game+ dungeon and this game overall, i'll have to really work hard on making concise mechanics and a good databasing work.

Some areas are going to be redrawn as well, as well as new illustrated cutscenes (they were meant to be much more plentiful to begin with but TIME so I wound up making only two.) and that's about it.

Now what I was thinking is about the possibility of making this a commercial game. I know I've said I'd be releasing this on steam for free, and trust me, I will, but I still need to eat and shower and pay the bills which I have been able to do only barely and by not dedicating time to my artistic projects at all. I want to be able to dedicate time these projects, live just-barely-its-ok but more importantly be able to invest some money in studying art -- there's this super amazing art school in the capital of my state, Quanta, and I absolutely feel like I MUST study there when possible as I feel this will allow my art to really develop.

So for these reasons I've been considering making a paid version of Resonate (and hoping people like it) so I can further invest on my art and you know live. Perhaps I could make the extra content (mini-worlds with a monster arena type thing, the new game + dungeon, etc.) available only in the commercial version, while having the free version be short in gameplay time yet allowing you to fully experience the story. I don't know yet.

Oh, just as a reminder, if you wanna see more of my games happen (or wanna see me releasing more free resources) please consider supporting me on Patreon! It's a tremendous help!

So your opinions on this matter are welcome! Thank you for reading this blog post and accompanying Resonate and my art through this year! <3

Have a nice day y'all!

Close
07/14/2015 02:13 AM
tho i have never made a game myself i learned enough about it. to know the time consuming stress in which is involved in the process. but to take ti a step further and do custom art! masochist! :D jk good luck tho!
polarcactus

Close
07/15/2015 04:01 AM
Thank you very much guys, for the compliments on the screenies! I do hope to deliver a great experience, one that will be remembered not for the graphics but for the game as a whole ^-^

author=shayoko
tho i have never made a game myself i learned enough about it. to know the time consuming stress in which is involved in the process. but to take ti a step further and do custom art! masochist! :D jk good luck tho!

That's like the style I"ve always wanted to make. It's totally worth it! Thank you ^.^

author=Luchino
I hope the game plays as good as it looks, JS. We don't want another Painted Heart. XD


Yeah I'm definitely not playing the artgame trope in any case. It's artistic style is, hopefully, far from being the meat of the game in the case of Resonate. Or at least I do hope! Anyway I've yet to play PH so...

author=Kylaila
Seeing this and the "research" you've done, I feel like this will be a magnificent game. Do your best!

The sprite and background in this screenshot look a bit mismatched though (perspective and texture) , unless that was intentional
JosephSeraph

Close
07/16/2015 04:43 AM
Thanks!
And yeah, thanks for pointing that out, too! maybe the sprite should be a lil' more top down, perhaps? I don't have enough time to study and sharpen up the perspective for all of the maps for the igmc demo (getting the game done is a priority xD) but once that's done, I'm going to study some more this style.
The map style is actually chanigng as I go (and gradually getting better, thankfully) due to this being basifcally my first experience with handdrawn maps, so... I'm learning a lot! Heheh~
RedMask 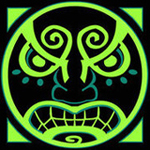 Close
08/03/2015 06:09 PM
This looks pretty interesting!. I haven't started working in VXace just yet (even though I bought it) But its cool to see whats possible. I love it when people go out of their way to make their game look unique. Definitely looking forward to this *Subscribe*
DuchessofWhimsy

Close
08/07/2015 01:12 PM
Your game looks lovely, but when I checked a crystal looking thing outside the shop the screen went black and I can't do anything except open the menu...
JosephSeraph

Close
08/07/2015 03:58 PM
Thanks guys!!! :D
Also @DuchessofWhimsy, thanks for the bug report! It was something really dumb; you're not supposed to interact with that crystal yet -- if you go a little further into the Magic Kingdom, you'll find another one. Interact with it and you're a-ok to touch all crystals!
This was fixed, sorry for the hassle! Gonna reupload ASAP :) <3
Firefly84

When holding shift you can got this error: Skript "Quasi Movement" Line 587: NoMethodError occured. undefined method "" for nil:NilClass.

Your target order got mixed up, esp. when 3 enemies with Garuda/Butterfly.

Wonder Swing isn't stronger than a normal attack - even when nearly dead.

Shadow Realm: You can miss a transport spot. On the next map there's a shadow saying "Behind you", the enemy appeares and the game freezes.

Cavern: You can get stuck behind your comrades, esp. Bloom, when the party broke up. Transport errors when allone with Monche. You have to hit the exact spot to get further into the cavern. When using the blue crystal you are transported to the shop - but then into the Shadow Realm. The boss is unbeatable, because it uses Solar Flare every second turn and the healing isn't sufficient(as mention up). When you die, the battle starts over again and again...

Waiting for a update!
JosephSeraph

-Wonder Swing deals higher damage when HP is high (I'm rebalancing to make the effect noticeably stronger) so if your hp is low, the skill's useless.

-The Cavern boss is beatable. (That's why the loop is there. I might put a Try Again / Game Over option though.) Even though it uses an attack that's almost 10 times your max hp and you're alone, check your skills and you'll see why it is beatable.
Also, make sure to use the spells the enemies / bosses dropped! Ignoring these can make battles considerably longer.

The key to beating the cavern boss:

Show
The stalwart skill reduces damage to 1/20th for 1 turn. Using it right before it uses its Solar Flare will protect you from it. Abyss Servant will make the battle much easier by allowing you to use Stalwart and attack in the same turn. Blood Link helps too, because even with stalwarts, it's 2 solar flares and you're as good as gone.

Anyway thanks for playing it and the feedback was oh so much appreciated!


ALSO
I need to know in which map(s) you triggered the Quasi Movement error, this is a bug related to event placement and it's very important that you report to me the map, please. It's a really hard bug to solve without extensive testplaying.
Firefly84

Close
08/07/2015 08:34 PM
ALSO
I need to know in which map you triggered the Quasi Movement error, this is a bug related to event placement and it's very important that you report to me the map, please. It's a really hard bug to solve without extensive testplaying.

It was the in the Magic Kingdom realm under the first blue crystal. Theres a dead end right right to the stairs of this hill.

Going down a ladder looks curios :)

I edited a further transport gliche in the post above.
Pages: first 123 next last