2 reviews
Save to Dropbox
This humble offering for the Golden Age of Game Mak has turned into a humble offering for the Revive the Dead 2: Deader or Alive event. As we all know, the Golden Age of Game Mak event was all about cliche's and the Revive the Dead jam is all about bringing dead projects back to life, so in keeping with the project's original spirit (pun intended), this game will assuredly be loaded with them.

You play as Loop, yes, she's sort of a discount Link, and I wish I could say she goes on a quest unlike any other, but she doesn't. She goes on a quest just like all of the others, as she cliche's her way through Tropania (Trope-ania, see what I did there?). This game includes every cliche from the list I could, some in your face, others subverted, and it even includes a few cliches that aren't on the list.

After finding an evil cult in her basement, 15-year-old Loop discover's she's the Chosen One, a mighty warrior who must defeat an ancient evil that's been sealed away for 1000 years, and as luck would have it, it's going to wake up this year. She travels silently through Tropania doing good deeds and proving herself mightier than seasoned warriors twice her age.

Gameplay is standard. Since this is a week long event, I'm making no effort at customization of the game engine. Strictly mapping and basic eventing are to be found here, with a few little tricks, but nothing fancy. There is the occasional custom sprite, and a custom battleback for areas with no matching RTP battlebacks, but nothing that wouldn't take a few minutes to make in Gimp or Gale.

That said, I'm trying to make it as fun and exploration friendly as possible, so there are some reasons to play.

I tried for a complete game, but only ended up with a demo. It's a long demo, but still just a demo. If you want to review, feel free to rate it. Awful or great, the feedback is appreciated.

Time for a Playtest

I'm probably not nearly ready for a public playtest, but with three days left, I've definitely got to get cracking. If anyone could find it in their hearts to have charity towards this crappy little game, I could certainly use at least one playtester to help me complete the current jam update so that I can ram something out that isn't completely unplayable--erm--sorry--that's not what I meant. I mean, I could use a playtester to help me polish this, obviously Misao-winning gem.

Anyway, thank you for any and all future playtesters for your consideration!
Hmm...a Ladder across a chasm...we've NEVER seen an RPG do that! (snark)

In the project folder, find the file called RPG_RT. It'll be an icon of a paper with a gear wheel on it. If your computer doesn't know what to open it with, select notepad. You'll see this:

Add a space under RPG_RT and add the line. FullPackageFlag=0

The program should run, now.

is there perhaps anoter RTP for RPG Maker 2000 games instead of Tsukuru 2000 (the old Version)?
MahouTsukai 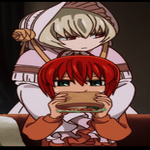 Close
07/26/2015 03:31 PM
Hello,logged in to say I fixed the problem.FullPackageFlag should be set on 1 in the solution the creator provided above.
That's because FullPackageFlag ensures you are using the RTP.0 means you don't have the RTP installed.
The file should now look like this:

The Cult Leader gave you a magic sword - but I never found it in the inventory.
Undead enemies should be affected by holy and fire magic, but normal attacks make more damage. Just like the sahagins are affected by thunder.

Close
07/26/2015 07:20 PM
Thank you, iKeratz! It's turned into a bit of a discussion on the event page. I can't see these problems because I have the full program with the RTP. I have to rely on players to let me know when there's a problem like this. It doesn't help that Enterbrain and Degica don't yet provide an RM2K RTP download (which is why the rules of this event required RTP).
pianotm

Close
07/27/2015 01:09 AM
Finished the demo earlier as well,methinks you should keep working on this game and maybe add some more story.It has potential and kept me wanting for more.
juliab

author=juliab
Finished the demo. Enjoyed it a lot.

Thank you! I'm working on it!
Linkis

At the bottom of the main map there is a wide path.
At the bottom, there are two guards walking atop walls.
I try to pass them into the next map and get a message: no reason to go there...

Is that the end of the demo OR did I miss something as usual :)
pianotm

Close
05/18/2016 06:23 PM
No, you don't finish the demo until after you go to the ice caverns the first time. Unfortunately, it's been so long since I've completed this scene, I don't remember what you have to do next. Let me open up the project and take a look.
Linkis

Close
05/18/2016 07:04 PM
Nope, no frog in any bushes, but have you been through the forest yet? Have you found the secret entrance to the cave under the standing stone circle (which would mean you fought the werewolf and got the gold and silver figurines from the fairy)? Have you spoken to the king?
Linkis

EDIT: just wanted to let the world know....I finished the demo.
To bad pianotm was not able or just did not want to finsih it. It was a fun game
for the second time :)
juliab

juliab
but there are only 3 switches.

And the snowman only says three numbers.

Show
I believe I gave you an option to reset the switches.

Reset them and try pressing the first switch three times, and so on, and see what happens.
juliab