5 reviews
Save to Dropbox
You play the role of someone overseeing and influencing the actions of five survivors during the very first day of the end of the world.

It's up to you to guide these five survivors, Nina, Brianna, Seth, Cameron, and Lucas through an old army tunnel in order to reach a shelter promising safety from the chaos of the outside world.

This game is made for the IGMC 2015 and features include:

- Unique take on the turn based battle system by replacing equipment with separate characters assigned to a squad. Squads have two turns for every one enemy turn.
- Recruit a total of fifteen survivors each with their own personalities.
- Stat boosting and lowering play a very large part by late game.
- No enemy is resistant to status effects.
- Review enemy stats, weaknesses, and skills with a cool little bestiary.
- No random encounters, and no need to grind.
- Escape works 100% of the time it's available.


This game will only be played for one hour by the judges, but will go just over an hour to see the ending + after credits scenes.

PS: This is not a horror game.

Grist of Flies made it into the RPG Engine Prize!

It's a pleasant surprise for sure! I'll be splitting the prize with a local hero of mine who without I wouldn't have been able to complete Grist of Flies for the contest. She let me crash at her place so I could work on it full time, and it looks like it paid off.

I wasn't expecting to get this far on the day of the deadline, and a part of me is glad the butterflies can now roam free. A big congratulations to those who entered the Top 3, and those who were able to snag the other prizes alongside Grist.

Still plugging away whenever I can on the extended game. I've revamped everything I wanted to change, only now needing to create the rest of the new dialogue, then I'll be continuing the story from where it last left off and into its general conclusion. At my current pace, I predict it'll be done by the beginning of 2016. I plan on keeping most new visuals under wraps until then. The game can still be considered completed as is, but subscribers will see more in Grist of Flies' future.

Thank you to everyone who played my contest entry and enjoyed themselves. This was all for you. 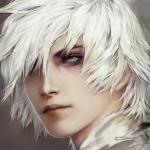 My question is - is there a specific strategy to do this? I keep trying to take advantage of their weaknesses but it's like they're over leveled, and just wipe the floor with us. I'm currently at SLevel 14-13 for them. I thought leveling them up MIGHT help a little but...

The trick is to use status buff/debuffs unlike most RPGs, and take advantage of status effects when possible. Otherwise you can have each squad specify in one thing. For example, if you keep Seth in the trooper slot, and put Jasmine in the Scientist slot you double your attack power for one squad, effectively killing any non boss enemy in one hit with the strongest attack.

Just take a look at what some characters can do in different slots, I only gave one example, but there's different ways to take advantage of the system.
Gryphbear
0

Close
08/01/2015 06:46 PM
Ah, thank you. I didn't realize that you could swap people for different 'stat' effects. lol. Thanks. I'm going to try this new combination as per your suggestion.

Plus, this game is kickass. :) I love the story and the battle system.
ILoveMeSomeGame
260

I really enjoyed the battle system. Has a lot of strategy and depth to it and I love how status effects are quite useful and almost essential to beating the boss fights. The ending quotes for battles were a nice touch. :-)

I thought the writing was actually fairly decent, but, so little of it that I never really got into the story. With what little dialog there was though, I found myself enjoying a lot of the characters.

The music in the game was actually pretty rockin too. I loved the battle theme. Is that an indie band you know or something?

I think that the actually map design could of used a little work. The floor tiles looked fine. But, every floor was pretty much just a door, a staircase leading to the surface and a door to the next room with 3 or 4 enemy battles on each floor.

You did a really good job with the game considering you made it up in a few weeks for the contest though. If this game was expanded on, with a little more of a story, more character interaction, and some more dungeons and quests, I could see myself buying a game like that on Steam.
Razelle

Originally this game was a first person dungeon crawler, which is why the main menu and map hud looks the way it does. But while FPLE (First Person Script for Ace) can be fixed to not crash on its own, introducing other scripts will make it crash one too many times for me to use for this contest, so I made the maps of the current game a day before finishing the last of the events.

I don't know Black Math, whose music I used for the game, personally, but I did speak to them to make sure it was cool to use their stuff. They even gave me a digital copy of their album which contained stuff that's not on the freemusicarchive.org/ site.

This game will most likely be expanded on once the contest has come to a close, so I'll be making the story much bigger while expanding on the dungeon aspect.
thesacredlobo

The EP display bug in the menu is completely fixed now as well, so hopefully I won't have to go into anymore tinkering until the contest is over, where I may expand on the game.
Yeaster

This game wouldn't make sense without the melting pot it is since the setting is kind of a fictional version of the Northeast US, although about 50 years prior.
Ilan14

I wish you good luck in your future projects! :)
unity

Close
11/09/2015 07:30 PM
Hey! I had been avoiding saying anything on this page before, as I was a guest judge for the IGMC, but I wanted to say that I had an absolute blast with your game! It was really cool how the people formed squads, and how different people in different positions had different functions.

This looked like a ton of work went into it and was one of my favorites! :D
Razelle

I've decided to post the updated demo that goes up to where the game originally ends with all the updates dialogue and extras I planned to put into it. Probably sometime at the end of this month, then next month I'll create the second half.
unity

Close
11/16/2015 11:55 PM
This was fun. I particularly liked that there were lots of women and black people. It was pretty easy, though; I never needed to change anyone out of their default spots. Serendipity + Hex Melter killed just about everything. The final battle definitely felt a lot harder than the others, probably because the mass curse ended up getting two of my squads KO'd. I still managed to win by abusing Urgent Care (which is really overpowered if self-applied, since the cost is negated).

The setting was interesting, though the whole angel thing felt a little tacked on. I'm glad to hear you plan on expanding this; I'd like to see more of how society reacts to the apocalypse. Seeing how it started would also be neat.

Oh, one nitpick, though: When "mom", "dad", etc. are used in place of a name, they're supposed to be capitalized. So it should be e.g. "We left Mom behind" and not "We left mom behind."
Razelle

Close
11/17/2015 01:55 AM
You're absolutely right. I totally forgot about the proper grammar use when denoting mom and dad as specific people instead of just as a noun. I'll make sure to fix that up for the next update.

I'm happy that you found my game fun, thanks for playing!
Yeaster