1 reviews
Save to Dropbox
IGMC2015 Entry!
Raise monsters, build up a small village into a bustling city! 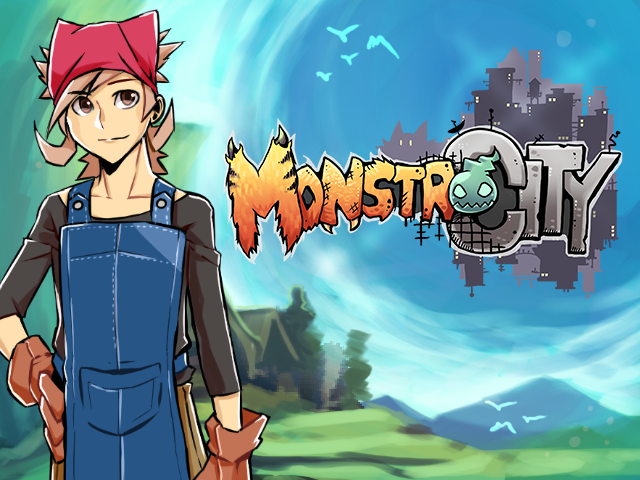 MonstroCity is a monster-raising, city-building, dungeon crawling RPG Simulation game!
You move into your Granduncle's rural village, where he runs a Monster Odd Job ranch. Everything in the village is powered with the help of monsters!
With your innate talent to raise monsters, embark on an adventure to put the village on the map!

Meet monsters in dungeons, befriend them with food, raise them up to their Adult forms!
Breed them with other monsters to find new species of beasts, each with their own attacks, skills, strengths and weaknesses!

Gather materials, build up the village into a bustling city, adding features like Schools, Hospitals and Diners!
Let your monsters work part-time in stores, letting them get stronger and gaining promotions and skills, all in real-time!
Be in charge of the growth of your town!

Venture into deep dungeons and battle various monsters!
Come out on top with the Food Chain system, letting Predators come out on top to unleash serious damage, or be the tactical prey with their arsenal of skills to debilitate their foes!

Hey everyone, Nivlacart here!
I like Simulation games, and I like RPGs
I wanted to make a game that could be played both casually in a separate window, with its real-time features, as well as be enjoyable to people who like to game a lot in one sitting, with tons of dungeon-crawling.
So I went to dig up some old ideas.

This game was a result of that, trying to mesh a plethora of features and genres together.

We're rushing to meet the deadline on this current build of the game.
Currently not all of the game's content is in yet, but we hope there's enough content for you guys to enjoy yourselves for an hour.
We're having fun making this game. We hope you guys like it too.

Special Thanks to Delph for staying up late with me to test and find bugs.

The mouse controls seem a little buggy, though. It only let me target the first enemy in battle, unless I used the keyboard controls to select another one. And that required moving the mouse pointer out of the way first. (Also forced me to restart to get that muscat instead of a slime... Because how am I going to turn down a fluffy plant-cat-pun? Best monster.)

Also, the PB sandwich didn't restore my monster's health, so I stopped playing about halfway through the second floor of the forest due to lack of health. You don't know how happy I am to hear someone liking the game despite the amount of bugs it has. Due to my lack of programming skill, I couldn't fix all the bugs or build the game up to the way I imagined, and I was so worried about it.

I'm definitely going to continue working on this with my friends. We actually prepared so much stuff that didn't make it in. I'll probably have to find help with scripting before I can continue, though ^^;;
Kiana

So I loaded up my last save and noticed an oddity: On my first run, my monster didn't heal between battles, but on this run, it did. From 18 HP in one fight to full health immediately after. I have no idea what might have caused this.

I also got booted out of combat with a slime after it headbutt my muscat. Not entirely sure what happened there. I just reinitiated the battle when I got back to the map, since the slime was still on the map.

Again, no idea what caused it. I'm going to play through to the end of the demo and see what else I notice, though. Then maybe replay with another monster, just to see how it goes.

Edit: The battle abort happened again, this time before anything acted. I'd venture a guess that it's a hiccup with the process that removes the main character before battle. Maybe?

Also, building the item shop didn't deduct the wood it was supposed to. Had 180 before and after building it. Also, Gordione reset back to her position by the diner after I built the kitchen, then went to the forest and came back. Still has the Job menu option available, though.

Still loving the game. And the item shop... so many puns. I love puns.
BellCranel
0

This plots gonna fall flat on its face XD he cant give orders to a monster to fight because his back hurts???
he isn't fighting himself...all he needs to do is talk and he cant? he certainly is able to talk to you just fine!

i wish the creatures in the forest did not run at you. theres no reason for them to either

i wish it showed how much experience each monster is at. theres no point in knowing yours

i wish you could change the battle text speed it extremely fast! when you want to read when it says when you sue food

monsters speed up when you run >.>

cannot find metal anywhere >.> (assume its no where in game)

author=shayoko
i wish it showed how much experience each monster is at. theres no point in knowing yours


I can field that one: Q and W let you cycle through characters on the status and skill screens. Standard VXA feature.


If I recall right, one of the NPCs you can talk to mentions that monsters gain more exp from jobs than they do battling.
Nivlacart

Close
08/12/2015 05:55 AM
Ah yes, for now, there's a bug with the status screen in the selection of characters.
Because I had some script help (from karins_soulkeeper, thanks once again) to hide the main character from the menu so that I could have a character leading the party while having 3 monsters in his party, there seemed to be a bug where the slot that you select in the menu shows the actor one slot before. So if you chose the monster in the first slot, it would show the hidden actor, yourself, instead. Whereas if you chose the second slot, it would show the monster in the first slot.

I... I have to quickly commission some scripts to fix all the bugs quickly...
umea91
0

Close
08/17/2015 01:26 PM
Love the game so far, awesome somewhat buggy at some parts but awesome all the same. Built some of the houses but missing metal but it will come later I guess
:D

Anyways, here's what I think of it, so far: It has potential, since I'm rather eager to continue with the game, but there are quite a few bugs, that aren't really game-breaking, but can be annoying.

What (Bugs) I found so far were: (Most were mentioned to a degree.)
Show
1. The first egg you get doesn't disappear from your inventory after it hatches meaning you get 2(once the breeding comes into play?)

2. The games doesn't subtract the material for building.

3. The characters reset to their original position after you come back -- Cook goes back to the table; Ex-merc goes back to the tree, getting stuck there, and only way to can interact, I think, is to go into building mode to bypass the 'wall'.

4. For some reason, sometimes combat just resets -- Where you're fighting, then suddenly the battle stops and you have to fight them again. It's alright, but annoying when you're trying to get monsters.

5. The menu bug, where there is an extra(You), I ended up wasting 2 sandwiches during the boss fight, because I selected :P

Now then, suggestions:
Show
1. I would suggest adding a sleep cycle, reason being, I ended up beating nearly everything in the forest, before battle the boss. If this had been the full game, I may end up losing an opportunity to collect monsters to breed.

2. Being able to hire out monsters not in your party.

3. Hatched monster goes into the reserves, rather then you putting monsters into the reserves to be able to hatch (There was a bug(?) where after I hatched my 2nd monster, I couldn't hatch another, until I throw them there, and placing the 3 into my party.)

Lastly, I enjoyed the game, and hope be able to play the completed, hopefully bug-free, version.

Good Luck with completing the game, and ironing out the bugs.
Blankdom out

PS.
Show
Agree with shayoko, The Granduncle could still have battled even with the 'busted hip' since you only 'command' them. Might want to change that to explanation for the first battle, and for the second have him let you try.
fizzly 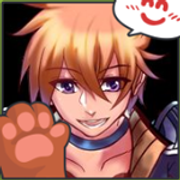 Ps. Agree with the speed - it's too fast, unplayable movement.
SirBonbon

1. Your character's walking speed is way too fast when in town.

2. Some battles end at complete random before I defeat all the monsters.

3. WHY DOES SIMPLY MOVING MY CHARACTER AROUND DRAIN MY MONSTER'S MP!?! Unregenerating stamina is one thing, but that is just infuriating.
Pages: 1