"The Seventh Door" is a completed group project made by the Famas community.
The goal was for each member of the team to take turns developing each sequence in the game, improvising the story and diversifying the gameplay as they pleased.
As such, the first segment of the game was developed by one participant and then handed off to the next one who would then test it and also develop the next part. They would then also take the plot in whatever direction they wanted before handing the project off to the particpant after them. This continued until the game was finished.
Participants were encouraged to express their own style. 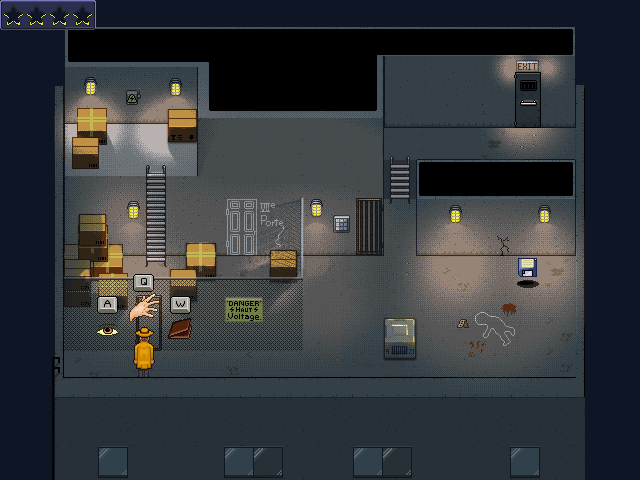 The project exclusively contains custom graphics, and most of the soundtrack was composed by me (sriden) plus one track by Roi of the Suisse.
The RTP is only used for a couple of sound effects.

Originally developed by members of a French RPG Maker forum, the whole game has been translated into English.

The game tells the story of a man who wakes up on a roof after a black-out, and understands that there's been a short period during which he wasn't controlling what he was doing.
When put in jail by the police, he discovers that he has some uncontrollable fits that give him strange abilities. He uses them to escape, but quickly realizes that some much more dangerous people are after him.

In the meantime, Detective Zikaz investigates the murder of a young woman. A chalk drawing of a door has been left on the wall next to the victim, and the detective is starting to have headaches and memory problems while investigating the place. Little by little, he will discover the truth behind all this.

The gameplay is varied, and contains several mini-games developed by the participants. This includes puzzle, driving, adventure, and stealth elements to name a few.

Without spoiling too much, some segments are more open ended than others. At times there may be multiple ways of achieving your goals, whereas at other times the gameplay is more linear.
There are multiple endings, as well as bonus features after the credits depending on your actions throughout the game.
If you get stuck, you'll find a help file in the game's folder. 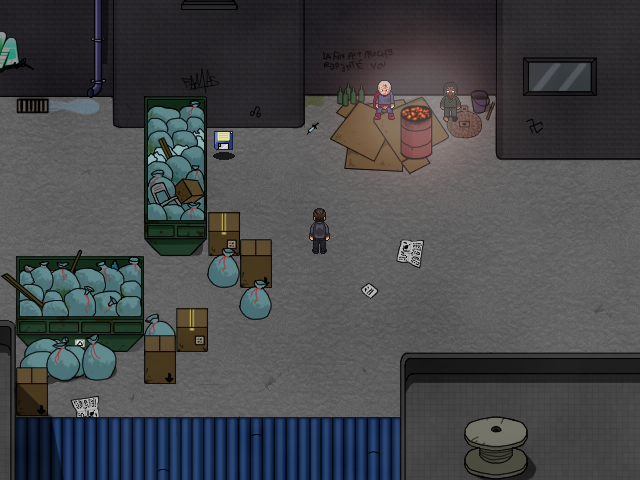 Note that in some segments with customized dialogue boxes, it is recommended to play in full-screen mode (Alt+Enter).

He's been purposely designed at the beginning of the game to have a sober style that fits everywhere, with hesitant personality and wearing clothes with dark colors. The idea behind this was for him to be someone who could flow easily from one segment of the game to another, as they could be quite varied.

But he's about to progressively discover that he's part of a grim project that is beyond his understanding. Suffering from unexplained blackouts during which he has no idea what he did, he's on the run from dangerous and powerful men.

A police detective who is investigating the death of a young woman. As he searches for answers, he'll encounter strange clues and have to navigate a treacherous path of lies and deceit.
What truths await him at the heart of this sinister crime?

Both will meet other characters throughout their quests, whom we will let you discover on your own.

Participants are, in order of appearance throughout the project:

- sriden
- Creation
- trotter
- Amalrich Von Monesser
- Roi of the Suisse
- Criket
- mapache
- AlterEgo
- Zeus81 for the title screen script and other contributions.
- Kisth for her advice and contributions to the scenario.

Translation into english by sriden.
Proofreading and suggestions:
- Jacki, who proofread the whole game until the end, and that was a huge task!
- Creation
- Trihan
- Nurvuss
- Rorschach Games

Much thanks to them!

The author of a segment is discreetly displayed at the beginning of each chapter, along with the author of the music when applicable. Further detail is provided during the ending credits, as well as in the 'read me file' (included in the game's folder). 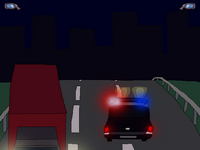 Some rules have been set out for the team at the start of the project:
- 2 weeks at the most (and a handful of days on average) for each participation.
- No RTP except for sound effects.
- No default battles or menu (except for loading/saving screen).
- Do not (deeply) modify a segment you made before, because some people have put some efforts in subsequent segments according to it. (etc)


Be warned that the ending contains several long cutscenes that were necessary to tie up several loose ends and bring the long-awaited answers. 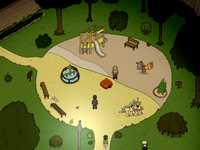 The project contains a lot of custom sprite animations and pixel-art.
In some segments, participants were given a hand by other members to make graphics or sprites that they were unable to make themselves within the time frame, or for other reasons.

A short teaser, made for the original French game:

Don't hesitate to share your impressions here after playing!

i have NO IDEA what the point of the childrens toys were!


General 2H 30+M
Show
This game...is so good that i seriously forgot i was playing a game at various points.
i was just so immersed in the story and choice and pleasant game play this was just wow...
changing gameplay styles to keep it from getting dull was perfect!
the time placements were extremely well done.
The story was written well enough to not be obvious whats going on and it becomes a complete mind fuck but still makes sense!
and best of all there were no glitches and pretty much no grammar mistakes to mention!


Overall
Opinion or not i consider this a must play in the rpg maker community!
(and i get complaints about being negative too often!)

Special message to the Devs. Keep up the amazing work!
sriden

Show
Indeed the car part is not easy. You have to remain very focused, stay on a white line and do quick dodges (dodge and then immediately back on the white line).
About the plush toys, you had to follow the order shown on the chest of drawers behind, but yeah it may also be kind of random.

Close
10/31/2015 10:03 PM
Hello!
Thanks to the abrupt and decent popularity of the game on a famous indie game site (that I won't mention :D) and a bunch of letsplays on Youtube, I've just updated the link with a new version of the game, improving a few things and adding a couple of new music tracks, composed and made by me and other members of the team.
Now all the music in the game is from us! Besides, i find the game storyline composition unusual and curious.
sriden

Close
11/17/2015 05:35 PM
Here's a fixed version of the game for you:
http://www.mediafire.com/download/y8b1j81qgyy7rhj/the_seventh_door__pv2.2.zip
You can copy and paste your save files from the old version to the new version. They are the files called Save(number).rxdata, paste them in the main folder of the game and start it again.

Tell me if you have another message like this later (supposedly you shouldn't).
And if you manage to finish the whole game without any problem, it'll be useful if you could tell me as well. (it will confirm that there's no more accent problem left in the game for anyone)

Can you tell me what is the default language on your computer?
Looks like it's because your computer can't read the files with french accents properly (most people don't have this problem though, even in english-speaking countries).
Sorry for the inconvenience.

My default language is Russian.
sriden

Close
11/27/2015 08:37 PM
Yes, I've been told about that one too these last days (by another Russian player, so the problem really seems to be related to this language).
It's been fixed here on this version: http://www.mediafire.com/download/y8b1j81qgyy7rhj/the_seventh_door__pv2.2.zip

And he could finish the game, so it would mean it's all fixed now (I have updated all the links above).