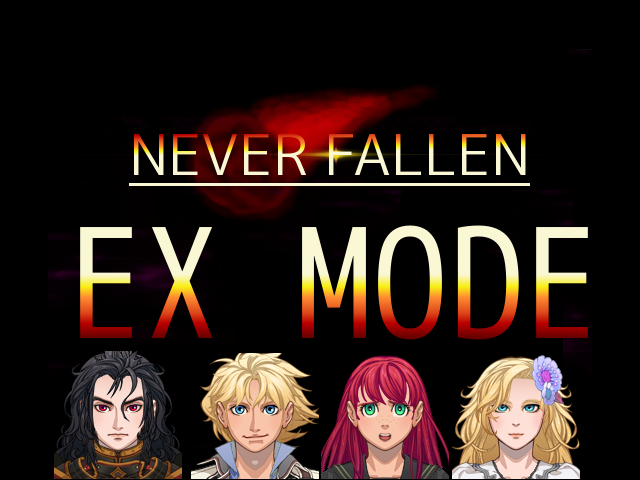 This is a completed game submitted for the 2015 IGMC.

Story Synopsis
Accompany Prince Malcolm and Captain Rachel on their story of romance, love, and adversity. Malcolm thinks his life is perfect - until his marriage enthusiast sister, Princess Anne, sets him up on a blind date with the self-reliant (and quick tempered) Captain Rachel. After Malcolm’s harebrained actions end the date in shambles, he later returns to Rachel’s ship to apologize - only to find Rachel won’t hear him out. Malcolm makes the biggest mistake of his life when he spend the night on the ship – only to discover the ship has been infected with a rare virus that turns all electronics and robotics aboard hostile. Fortunately - powerful combat suits, known as ‘AEM suits’, make their way into the hand of Malcolm and his friends. Can Malcolm band together with the few remaining crew to take back the ship? Will Malcolm and Rachel’s stubborn views on love ever be changed? Find out in this epic tale of love, marriage, and the lengths two people can go to protect that which is most important to them.
Characters

Close
09/16/2015 01:35 AM
Hi! I came to say that I played your game and I liked it! The combat system was pretty good and the story altough simple, it was very entertaining. Although it felt pretty weird that there wasn't anything like a final boss at the end... XD

That said, I already found 2 of the 4 endings:


How do I get the other two endings? Thanks in advance! :)
Darkalfador

Close
09/16/2015 01:56 AM
Hi Ilan14, I'm glad to hear you liked the game! The Final boss is actually that large robot seen towards the end, you can fight him if you activate his computer terminal. As for the other two endings, the only difference is if you beat the game with the other character in your party (Reaching the cockpit after defeating the giant robot, or reaching the cockpit without defeating the giant robot.)
Ilan14

Show
You're talking about the misterious man?

Anyways, again that was a good game, and I wish you good luck in your future projects! :)

P.S. : By the way, why your game is tagged as commercial?
Darkalfador

Having Miguel or the other guy at the end makes only a small difference in the ending. If you saw 'two' endings with Miguel then you pretty much saw the major differences.

I'm glad you liked the game, if you get a chance to cast me a vote on the IGM contest site, it would help me a out :) http://contest.gamedevfort.com/submission/194#.Vfq-Fpcnm1e

p.s. I probably need to read the rules for this site again, but I listed the game as commercial because I own all of the licenses for the resources used in this game, allowing me to sell it if I chose to . I did this to abide by the 2015 IGMC guidelines: "You must have the right to use all assets, tools, and anything else involved in the creation of the game."
Pages: 1