In a small feudal Japanese era town lives a girl named Othello. Being born a woman in a lower status family has lead to many hardships in Othello's life. Her father is constantly abusive and not all of the villagers treat Othello with respect. Is Othello destined to live out her days in this village as a lowly Betel Nut girl? Or is there a greater destiny awaiting her.

Othello is a story about a young woman overcoming the restraints of her oppressive society. Othello finds an inner strength in her and uses her sword to seek out justice in a world filled with injustice. 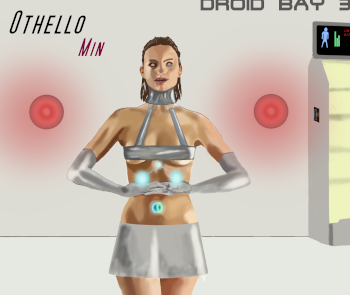 This game has been a long time coming.
Been on and off development for like a year or maybe more.

Thanks to Rad and ShortStar for the work they did on this game.
It probably wouldn't be so awesome without them. 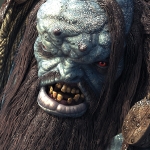 Close
09/03/2015 11:04 PM
Just beat your game.
Sadly your max. LV is 25. Even when the characters learn no more skills, it would increase your stats. I will replay it in Legendary mode.
At the first play, normal was to difficult for the boss in the cave of the second town and my levels were nearly maxed! You have to defeat the boss in ten rounds...
And on the floor before the final boss, the game crashed once. The error mentioned the guardian... didn't happen again.

What is the secret clue from the first cave for?
Sunflower Games

Close
09/04/2015 12:04 AM
The crash was likely caused by pressing F 12 and continuing.
Please exit the game either by choosing the option from the menu or by pressing Alt + Enter to switch to small screen
and pressing the X button at the top right to close the screen.

Talk to the trees. (That's what the note says if you look at the description.)
Completing this quest will give you the Circle of Protection, which you may already have.
Note: you don't have to have this note to do this quest. You can get it at the very start of the game if you know where to find it.

Prison monster that uses Doom. You need to throw money at it to do significant damage.

You beat them all, all I can say is:

Baskets! You found all the baskets.
Basket Head is happy. Marry Basket Head.
We have good relationship.
Adina
0

Close
09/04/2015 10:42 AM
You need to interact with the computer consoles to get clues for the numbers.
Perhaps I should have made this more obvious since I didn't make too many interactive objects in the other dungeons.

I should also note you can interact with the old god statues to get something.

author=kory_toombs
The crash was likely caused by pressing F 12 and continuing.
Please exit the game either by choosing the option from the menu or by pressing Alt + Enter to switch to small screen
and pressing the X button at the top right to close the screen.

No, it happens when entering a battle on this map. Didn't press F12.
When I need a restart, I used the option from the menu, because I know that sometimes the F12 bugs.
Firefly84

You should really thing about increasing your max level. You gain lv 25 too early.

It's fine to find the strongest weapon and equipment in the bonus dungeon - but you should craft them - or the crafting system is near useless.
Sunflower Games

Close
09/05/2015 04:42 PM
The level cap stops you from becoming too strong in my opinion.
I was actually thinking to make my level cap lower in my next game.

Though on enough play throughs you can activate those crystals to boost your stats to an insane level.

Also, the ability to throw gold is pretty powerful.

I probably should have made some more unique stuff with the crafting system.
So I sort of agree with this one.


General Dropped-world is unbearable.
Show
Fuck this game. this is the ^ of why i hate japan. such a retarded country.


Overall
Cold day on the 9th level of hell i would recommend this. its morally bankrupt.
nhubi

Close
09/11/2015 04:01 PM
shayoko, to be fair the description does make it pretty obvious that women are considered third class citizens in this game, so you have to expect some level of oppression, though the use of 'bitch' is hardly feudal Japan era language, then again I'm having trouble seeing beyond the use of the name of a Moorish Prince for a Japanese peasant woman.
Firefly84

Close
09/11/2015 04:10 PM
The name is explained in an flashback scene about her birth. It was the name of her godfather's son who died protecting Othello's mother. I think it was for her protection.
nhubi

Close
09/11/2015 04:21 PM
No it's the fact that it's a Moorish name (and one created by William Shakespeare at that) and has no connection to Japan that has me shaking my head, it just doesn't fit the era in which this game is meant to be set.
Rose_Guardian

author=nhubi
No it's the fact that it's a Moorish name (and one created by William Shakespeare at that) and has no connection to Japan that has me shaking my head, it just doesn't fit the era in which this game is meant to be set.

I played a little bit of the game, and I have to agree with nhubi on this one. If you are unsure what names, are Japanese, and what names are not, try looking up a list of Japanese names. You can also look up feudal Japan names. It helps trust me.
Sunflower Games

The play written by William Shakespeare

The board game where you have black and white pieces.

Edit: On an interesting, unrelated note, this board game's origins can be traced back to Japan in the last 100 years,
and even further back to Ancient China.

Close
09/15/2015 12:13 AM
The board game is called reversi, it was made in England the late 1800's, and a modern version called Othello, named after the play by it's dev, was then developed in Japan in the 70's. The game from ancient china is Go. It's a very different game, it just has similar looking pieces.

Irrespective of the board game though, the name of your protagonist just feels wrong every time I see it in game and simply doesn't work for me in the setting. It breaks immersion for me.
Sunflower Games

Edit: At least you didn't find it morally bankrupt.
nhubi

Close
09/15/2015 09:46 PM
I am having trouble in figuring out how to unlock the cell doors to get to the chest and basket in Kowth dungeon. Please could you help.
Pages: first 123 next last