4 reviews
Save to Dropbox
Drim is a short 2D top-down horror exploration RPG rooted in horror that lingers and dark drama, offering half an hour to an hour of gameplay.

Drim does contain "adult" content, including gore and violent imagery, graphic sexual imagery, and foul language. As such, it may not be suitable for children or those of a nervous disposition. I'm not responsible for any offense caused by the project.

Drim’s page now includes a Donation Edition for those who want to contribute to Romantic Effigy’s continued development.

I want to stress that this is not a premium version of the game, it is namely meant for those who want to donate. It does however, come with a small amount of bonus content. including:

A properly metadata-ed soundtrack.
A pseudo-artbook.
A free sketch commission from Romantic Effigy.

The artbook is really small right now but I’ll be adding to it over time and you won’t be charged for updates after purchasing the game.

Close
11/08/2015 04:49 AM
This was pretty good. It had a real Ghost Suburb vibe despite the (comparatively) more normal setting. I got 2 endings. There's some rooms I couldn't get into but I figure that's intentional.

I only found one bug, which is completely amazing consider the track record of games on here.
Show
http://i.imgur.com/JHtW5XD.png
walkin through walls! I thought I'd found a secret at first.

Good job and that music for the forest reminded me of the time I picked up my friend's guitar and "started jamming like Hendrix". The monster designs are nice and hardcore too.

Anyway, yeah I rather liked it.
fantasticalih 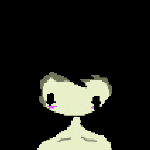 author=fantasticalih
I really want to play it but... I've got an error it's direct draw error DDERR UNSUPPORTED... what am I supposed to do? ;-;

Are you running version 1.0.2?
fantasticalih

During all the time, I felt a pressing feeling of despair, sometimes was scary and I'm not talking about the monsters, more about the situation, the circumstances and the setting. I really like it!!! :3.
Pikasprey

author=fantasticalih
I figured out, I downloaded the other version! Well, I played the game and... I wish more RPG Games were like this one.

I guess I'm really not a fan of this genre, but I felt like there were so many ways it could have been better made. Here are my thoughts:

Show
> I'm sure you already got enough about the slow walk speed, and I see you patched it up. I think the slow walk speed would have still worked, however, if you maps were a bit more condensed in the right areas so that getting from point A to point B wouldn't be such a chore.

> Overall, I was completely bored playing this game. Maybe some parts had me unsettled, but the rest of it really didn't phase me in any capacity.

I can't pinpoint exactly why I felt this way, but I think a lot of what you did with this game consisted of the same tired old tricks found in about every RPG Maker horror game in existence. Random surreal environment? Check. Doors and things you can't open for arbitrary plot reasons? Check. Blood splatters and dead people? Check. Long, unsettling corridors? Check. A little girl as the main protagonist? Check. Jumpscares? Check... I could go on.

> I at least liked how her status changed to reflect her mood, but almost nothing was tangibly done with it. It didn't really affect the way you battle ghosts (at least not that I noticed), it didn't affect the way I interacted with objects. It just felt like meaningless gloss that could have been used for something interesting.

> Then, the actual adventure consists of solving incredibly obtuse puzzles that don't really feel hinted well enough to you, like the window in which you needed to smash a brick to open. It registered as a complete background object.

> The battles were... Something. I could express you my frustration with the lack of healing items but I almost feel like there was a point to doing that, and just about every battle has a solution (it mainly included "spam the 3 power stab attack, since it was the only skill that did sizable amount of damage and didn't miss 90% of the time like the other). So, I think the only thing I have to say about it is that the default shittiness of RM2k3's slower-than-a-snail and dysfunctional ATB system made it all feel slow. You battle music is also barely audible.

> Maybe I'm bad at reading between the lines, here, but I felt like the overall narrative of the game was inconsistent. You have a story that centers around sisterhood, regret and suicide... and in the same game you have panty jokes, a random gory porno image and you always attack with scissors for some reason. One scene I completely laughed at was how the main character refused to use the box cutter as a weapon on the assumption that its rediculous, and yet using saftey scissors isn't. If the excuse for that is that she wouldn't use the tool someone used to kill themselves with, then why isn't she above stealing a dead girl's punk rock skirt, and refusing to wear sports shorts because it would be impossible to "flash her panties?" Lawl. It may seem minor, but it's part of the reason why I couldn't become immersed with this game at all, nor feel moved in the slightest when "unsettling" stuff happened.

> Some story elements also felt disconnected and irrelevant to the plot at large (?). I'm starting off in an office room fighting the ghosts of people who work there... Then all of a sudden I'm fighting against my sister? I apparently have two which was never clued at all throughout the entirety of the game? That blond girl who helped me defeat the older one also seemed like a weird Deux Ex Machina that had no importance in the game at all until that single point.

So overall... It wasn't TOO bad but it wasn't really an interesting experience. I think for a small game it works well, but I think you could have played up/polished your mechanics a bit more.
motorbleb
0

Close
12/15/2015 10:53 PM
So, question. I get to the second(?) floor, but after I check the far door nothing happens. (I checked some footage of the game from v 1.0.1 and it seems like the door is supposed to be locked, and then when you walk away it unlocks itself. This doesn't happen for me. Did I do/miss something?
romantic-effigy

author=motorbleb
So, question. I get to the second(?) floor, but after I check the far door nothing happens. (I checked some footage of the game from v 1.0.1 and it seems like the door is supposed to be locked, and then when you walk away it unlocks itself. This doesn't happen for me. Did I do/miss something?

That's actually a glitch. Version 1.0.4 will have it fixed.
ThisIsNotNoOne
0

1. Do the seemingly useless items such as the: soiled panties, pendant, box-cutter, Glin's shirt, or Picture of Myself, have any actual uses?

2. Are there more than two endings?

3. Where can I go to find the other half of the plot? (Does this require knowledge of a pre-existing franchise, perhaps?)

And, finally, behold my pitiful attempts at plot reconstruction!

Show
Main character and sister Glin are in car accident, Glin dies, main character is currently between life and death, feels pulled to join Glin, due to guilt and missing her, which is causing her to forget her other sister, Pin. Slag represents some other part of her mind or some kind of higher self, or something...

That being said, I loved the vibe of this game! More please! :)
romantic-effigy

1. These items are namely for flavor, like the pendant gift in Dark Souls.

2. There are only two endings.

3. The other half of the plot doesn't exist! I am considering making a direct sequel to Drim but nothing is for sure yet.


I like your interpretation of the plot too: not even I know quite how everything went down, it's intentionally vague so you can draw your own conclusions!

Thanks so much for posting and for your support! :D
Clockwork_Heart
0

Frankly, I love it! The enemy desien was a bit too much for me, but the mis shapen and malformed creatures(and that really bizzar picture in that one room with all the undergarments), really got me to think about stuff.

The gameplay, Not my favorite thing, since i wasn't smart with my heals, ;-;, and it felt like an RNG fight, but the save at any time, and "save often" message got me saving every 2 steps.

My interpretation of the story, with that picture in the room with the undergarments in mind, Makes me think of "Sexual abuse" towards glen, by the Father, Who we never see, but know exsist(and the mother is gone). When i first encountered the Locked room where the ending happens, i thought it was the room the deed was done, and our main charactor is blocking it out.
Glen has combat boots, but she was an athlete and a photographer, nothing about being a militant/military person.

This, got me thinking deeply. Glen's diolouge was really weird, The monster in the bathroom was bloody and beaten, Left to die, the Ghost child in the elevator inched towards the player. the Box cutter girl, attacked you when you found a way to get closer to Glen. the first enemy in the bathroom was missing it's lower half, Just like the Glen we see, and the Girl in the picture.

It's a story of Hope. and overcoming everything that is thrown at you(unless of course you walk into the forest,) The music twards the end, where the Jersy is, Is a String instrment, Being played, Brutally butchering the strings with the Bow covered in rosen.

A synphony of agony. The symbolisum in your game, is one of the best i've seen in a LONG time, Mind you, i'm not old, but this symbolisum, was on a whole nother level, and the comedic text, made it a bit more cheery. Although, I would have loved more story, but that would take away from the amazing imaginations that you had set into spark with this lovely game.

I hope i can one day, create games as lovey, and Encentric as you have .w.


"glen's Photo" "New skill learned", "Reason for living" "Self afermation. midigates suicidal aspirations"
Oh, so i use it if she becomes suicidal....
"status: suicidal"
GOD DAMN IT! did the room cause it? or the photo?
Checks photo, *facepalms*
Honey
0

Close
11/19/2017 02:37 PM
So far it was a really great game! I like games that more likely take care of an eerie atmosphere than of cheap jumpscares like all the other millions of horror games do these days.
Sadly I couldn't get past the bloody thing from the bathtub. ;w;
but until there it was already a good game!
ganbobur
0

Close
02/14/2022 07:37 PM
I really liked this! I have a question,
Show
what's the purpose of that gory pornographic image? Does it tell some story, perhaps that of Glin? Did she die such a horrible death? If so, damn.
You probably won't see this or respond but how have things been? You haven't made a game in quite some time...
Pages: first prev 12 last