I decided to change the battle system for this game. Previously it was used
Linear Motion Battle System by Moghunter, now it's using Classic Turn-based
Battle System. 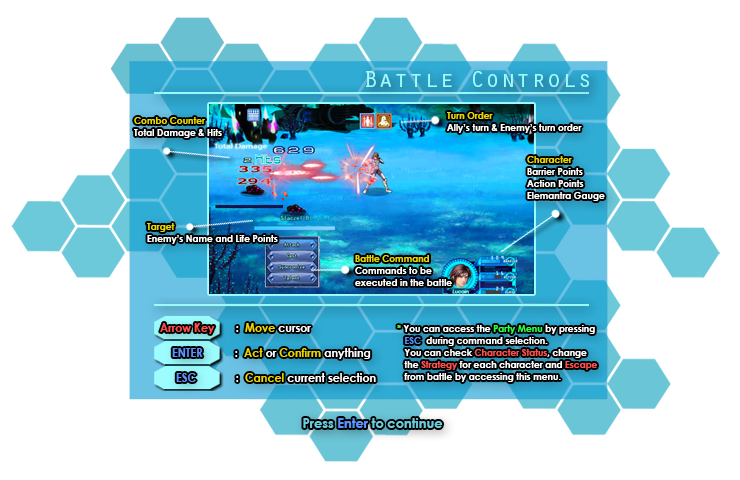 BARRIER POINTS
Similar to Hit Points, except you CAN'T restore barrier points by resting
or sleeping. You can restore the BP a character has by equipping e-caster
mods or using the Guard command during the fight.

ELEMANTRA GAUGE
Basically it's TP in the default system. It has similar mechanic, Elemantra Gauge
will be filled in the battle. Battle action such as Attacking, defending and casting
specific Mantra will give you more points. You'll spend Elemantra Gauge to cast
Core Mantra and Full Sync Mantra. 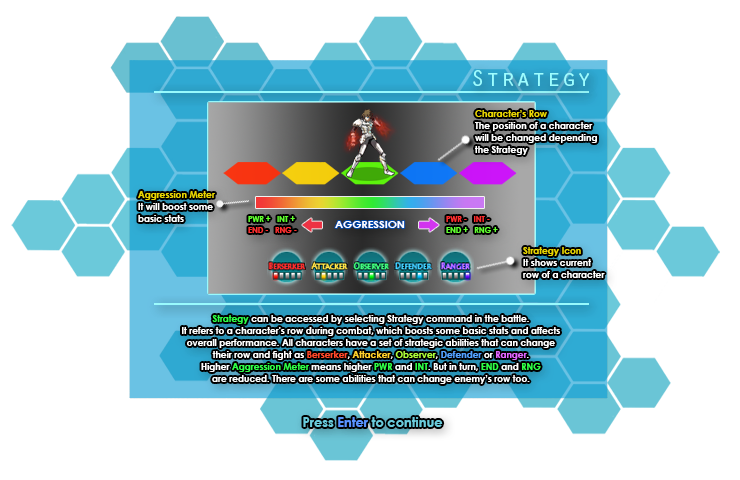 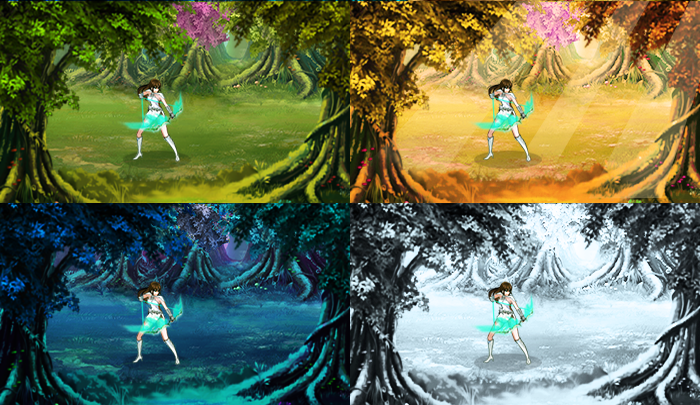 **The Battleback's color, effect and picture will vary depend on times of the day,
seasons and situation. 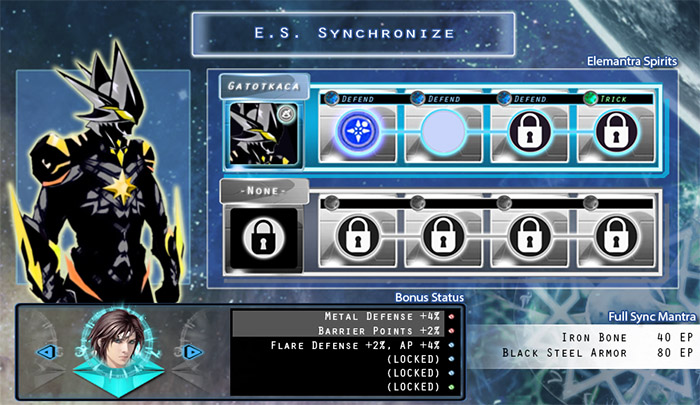 It costs 100% Elemantra Gauge to manifest the maximum power of the Elmsphere
into a powerful mythical being called Elemantra Spirit. You can alter their attack
and get bonus stats by fusing another elmsphere into their Modifier slots.
*There are various creatures & heroes from Indonesian folklore. :)

This is the elemental chart / correlation for 19 Basic Elmspheres, more elemental chart for Advance, Alternate and Artificial will be updated soon. If you're familiar with Elements Combination in various japanese manga & JRPG then you'll find similarities with this huge elemental chart. There will be Magma, Cloud, Sound, Diamond, Distortion and the list goes on until 361 type of elementals.


- more contents will be updated -