Magical Journey to the Paranormal World!

Hello everyone! This is Starmage, and here's another review for another AMAZING game called "Weird and Unfortunate Things are Happening"! A game by unity! The game has been rightfully awarded Game of the Year 2020 here on RMN along with many other nominations that it deserves! This has been such an enjoyable experience for me, and I find myself lost in the game as hours pass by. And that means you did a great job! Without further adieu, here's my review for this game:

The story is just amazing in this game. The paranormal aspect of the game is very hookable, and the characters really does a great job to give life to the world. I enjoyed the banter between the main cast and their Evocation companions. I love the unique personalities of each Evokation, and Elothu is easily my fav because of how eloquently he expresses himself. The main human chars are also easily relatable and I loved 'em. Miriam is so sassy which made me love her even more. Though the game has a lot of good humor in it, the game also never fails to capture you emotionally. There are a lot of scenes within the game that evokes powerful emotions because of how well they are written. One of the few examples is when Miriam lost her friends. I felt her pain. The memories of the characters shown via a comic style cutscene was super sweet and emotional. The bond between Alicia and her niece is also one that I really adore. I also admire Lamar as soon as he showed on screen for the first time. His dedication in protecting and saving his students was amazing, and I was rooting for him the whole time. The side characters appeared a few times, and I think they do their job well. Dottie's friendship with Amethyst was also really fun and sad at the same time. I also love the couple Vi and Erik who sell you stuff and heal you. I was as sad as Miriam when we lost 'em. Honestly, there's so much in the game that really hooks you because of its amazing world-building. Leaving you filled with wonder and excitement as you discover the paranormal concepts in the game. The story is tied so well into the gameplay of the game, which I will mention down below. The mystery and intrigue are delivered so well, and I loved every second of it. I noticed that the little harmless critters started speaking in English as the game progresses. I love that little detail as they are learning human tongue. I was also already suspicious towards this one person from the very start. And when I got to that twist part I was like "I knew it!". 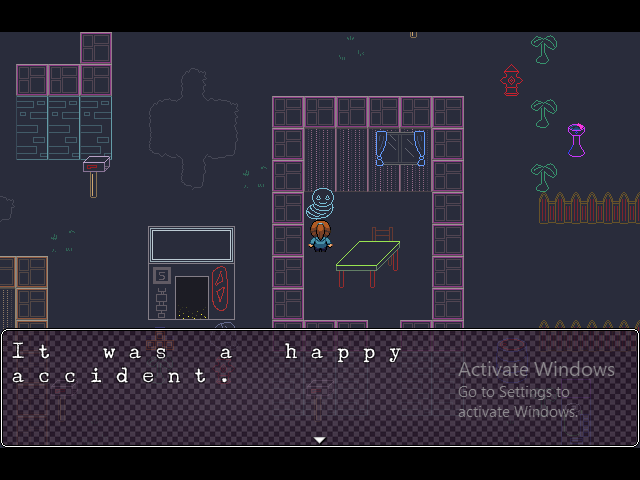 I see what you did there! xD

It is a turn-based RPG and I love that. The game has a lot of cool and unique mechanics like the implementation of elemental weaknesses on monsters. Thank you for also showing us the icons of monsters so we will know immediately which is weak to what. There are also 3 types of damage which are Terror, Rage, and Sorrow. There are also a list of really cool states categorized as yellow or red. Each of the characters are gifted with Psychic abilities thanks to their Evocation companions, and I love how unique each abilities are, and how there are certain area of effect skills that has their own aoe radius, making way for very fun and diverse battles. It is also great that the game has a semi-random encounter like element to it, but you get to see a bar in the map that fills up as you walk, encountering enemies when it's full. You're also able to pick up little orbs of light to lessen this encounter bar and heal your party for a few HP. There's a lot of really cool secrets and unlockables in the game, like when you collect enough Fortune Tickets, you get to receive a secret door card from a mysterious creature, allowing you to discover secret rooms that gives you a lot of resources. There's a creature "Zlonyth" that speaks of mysterious stuff about the lore and gives you the resources. Speaking of resources, resource-management in this game is very crucial, and I love that. There are no shops that sell healing items, but there's an abundance of them scattered throughout the game. But it isn't much of a problem as you occassionally encounter healing fountains. I also love that you use a different currency for leveling skills and whatnot, it's a very neat touch. I also thought that part where a creature teleported you into an RPG world map painting was really cool! The puzzle parts on figuring out what the symbols mean and where you should put the magical items was really fun! Made you feel like a genius decoding them.

When I mentioned above that the story tied so well into the gameplay, there are parts in the game where you discover invisible creatures that gives you access to strange spiritual planes where you have to navigate through them and find items and discover mysterious stories. Did I mentioned that they can be creepy? Overall, I love how the game is very engaging both in battles and on map. It was also very satisfying being able to open that secret door on the sewers! 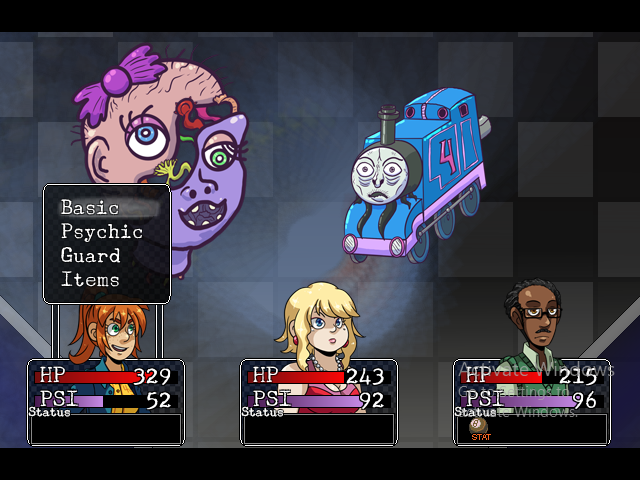 This is giving me nightmares. >.<

It is already a given that this game has such wonderful arts, sprites, battlers, and tilesets! The game does a great job at environmental story-telling! I just find it so fun encountering graffiti's and posters all around the game, each with their own unique message and RMN community reference, which I really loved. Daybreak has been designed so well that each street is unique in their own way. Each dungeon and maps have their own gimick and I so love that. There's a lot of customization in the game that it is reminiscent to classics like Earthbound or Mother... Games that I haven't played before... But this game honestly had me interested to play those classic titles soon. Battle animations and enemy battlers were so pretty! It makes every battle so much fun to look at. The graphics in this game are just... *chef's kiss* amazing! 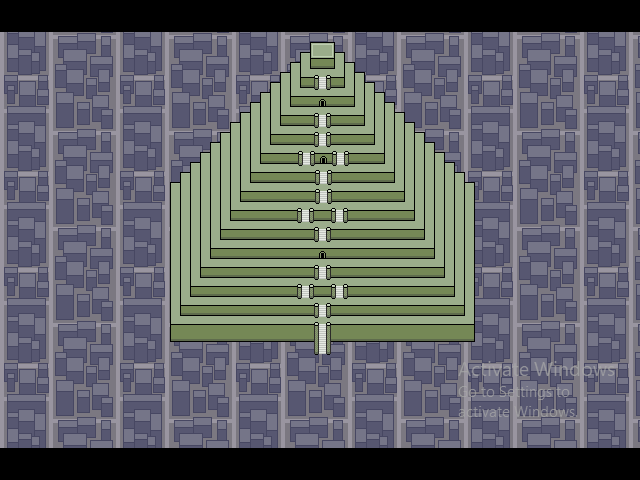 Seriously, this cut scene was triple A worthy.

All of the music are a complete BOP in this game! I sooo loved 'em! The battle music never gets old, and everything just makes me wanna jam to 'em. The sound effects were also very neat! Battle animations have completely custom SE's, so that was pretty neat. In fact, most SE's are custom, so that's really cool!

This game is a MUST play for anyone looking for a solid JRPG experience! Or if you enjoyed classics like Earthbound, then you're missing out on a lot if you haven't played this yet! Everything is top-notched and it is worthy of the title "Game of the Year" for 2020! If you're into those Paranormal adventures mixed with wonderful colorful characters and great story-telling, then yes! 100% Play this!