Really weird, but not unfortunate!

Hello, and welcome to Daybreak, a totally normal and happy town!
This place is the setting of "Weird and unfortunate things are happening", a cool adventure game made with RPG Maker VX Ace by Unity and Sooz.

We play as Alicia, a very special person since she has various powers, including the ability to see otherworldly creatures, that no one else notices. Or protagonist gets a distress call from her niece, Dottie, so she immediately goes to the city of Daybreak to help her! During a series of bizarre events she'll team up with Miriam, a woman with a gun, the ordinary guy Lamar and her niece Dottie of course!
But what's happening in this city? It seems that now there is barrier (the Vedium Space) that cuts the place from reality, and this means that now creatures from other worlds entered the city causing unfortunate events for the inhabitants (well they eat or sacrifice them them!).

Oh yeah, the setting is quite dark despite the cool cartoonish style of the various characters, anyway as you can probably expect our Alicia isn't here just to rescue Dottie, but she intends to fix everything, and to do this she'll need every help she can find... including the help from some sort of eldritch abomination, anyway I'll let you find out what exactly happens next! 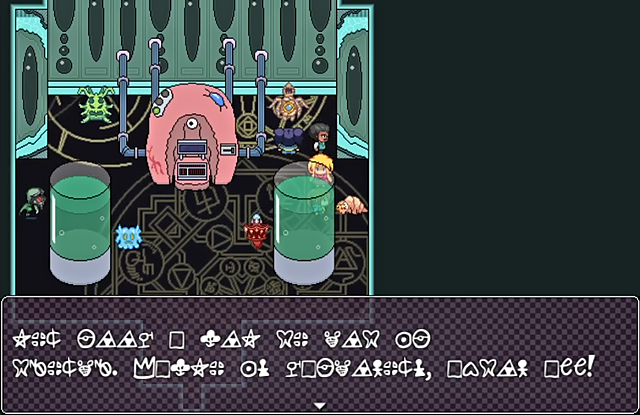 "Weird and unfortunate things are happening" is a classic party-based rpg that will welcome you with a difficulty selection, a rather unusual but welcomed choice. Mind that the game is pretty much linear, there aren't lots of choices, so it's unlikely you'll replay it, so choose the difficult you thing it will be optimal for you and play, you can always change it later!

In this game, that is enriched by several cutscenes and dialogues, we will explore the city of Daybreak during this supernatural postapocalypse, and this means fighting a lot of different creatures. Combat is pretty much simple: there are different enemy types, hit them and they will die, if you choose the right damage type they'll die faster, of course! There are two kind of enemy encounters (one uses the meter, the other is free roaming), and of course there will be boss fights too!

Each character has also his/her own moveset divided between Psychic and Basic.
Alicia is very versatile, a true Jack-Of-All-Trade, while Miriam can cause several status effects and damages. Lamar is instead an excellent supporter, with the best healing skill and status prevention, but also has different Basic skills depending on the weapon used. Finally there is Dottie, that is a great damage dealer but she can also buff allies. It's a great thing that both her and Lamar have a sort of "training dungeon" each, since you will get them a bit later. Oh and there is also a simple and additional skill tree, for more power! 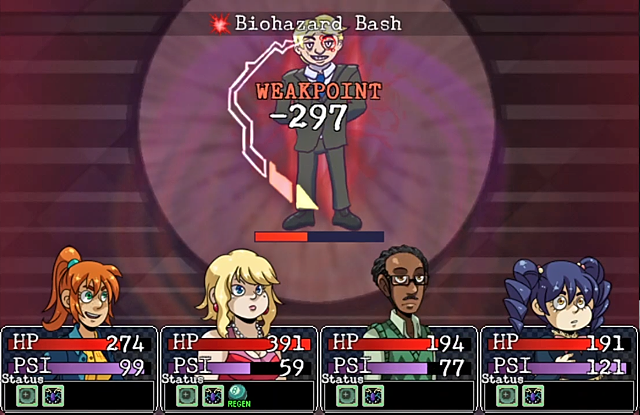 One of the many boss fights! Hey looks like we hit where it hurts!

But characters aren't merely party members, they have a lot to say too!
Alicia ia a loving aunt that will do everything to save the little Dottie, and their relationship is really well made! Miriam starts with the classic angry blonde Karen that is also a gun lover that just wants to leave, but she'll provide a lot of help to Alicia and the others. Finally Lamar, that is the most ordinary person in the team, an English teacher that just wants to help his student Dottie.

Now the graphics: well the art made by MakioKuta in this game is simply FANTASTIC! Sprites, battlers, facesets, tilesets, all is colorful, perfectly realized and original too! The characters are cute, while the monsters are really bizarre and creative. This really looks like some sort of "cartoon adventure in Cthulhu mythos"! Pretty much unique and awesome. Not only mapping is good, but the various areas are different and dungeons have also various gimmicks that I'll let you discover, since exploration is fun and also often rewarded (but still optional of course).
Music and sounds are pretty cool too, I liked the music, never boring and never gets old, there are different themes, sounds are perfect and nicely complements the various battle animations. All really good, trust me! 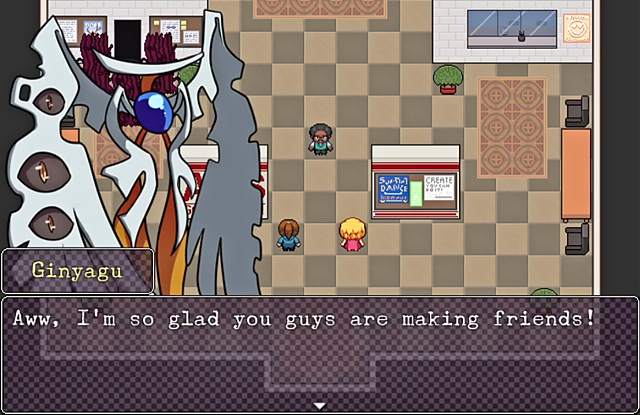 Wise words, really... whatever you are!

Final Verdict
Well well well, this is such a well made game that there is really few things I may criticize: it's a simple game aimed to create a simple and fun dungeon delving adventure with four party members, so don't expect lots of puzzles, choice many party members of other complex things. Also you may not like the cartoon-ish style, but this would made you a very boring person!

The game is very cute, and has also some cools references to other games, it may be not perfect or for everyone's taste but it's still extremely enjoyable and fun for many hours! It also has a great story, so it's really worth playing!

Close
05/25/2022 03:47 PM
Thanks so much! :DDD Always enjoy reading your reviews, and I'm very happy to get one for Weird and Unfortunate Things Are Happening!
TheRpgmakerAddict

author=unity
Thanks so much! :DDD Always enjoy reading your reviews, and I'm very happy to get one for Weird and Unfortunate Things Are Happening!

Ahaha thanks! It took me ages to make this one even if I played the game... uh a year ago I guess! :D was pretty fun and unique, I loved the art especially!
unity