Show
The planets of the DEEP 8 universe are populated by different races like for example the mighty Droons with their green martialness, the furry Dominators, also called Summoners or the normally peace loving Dayigons, which is also the race, our protagonist Ramirez belongs too.

Ramirez might be the shyest individual, that you could ever encounter. So, if you play the game, maybe you should’nt try identifying with him, ’cause it probably wont work in most cases.
What also bothers him, is all these thoughts about women. He cannot help thinking about that but when it happens he allways forces himself to stop, for some reason.
Aside from being a social cripple, he’s a respectable fighter and reliable employee.

His female partner Meling is not a very pleasant companion. She’s barely talking to him and when she does, she usually does it in an insulting or humiliating way, which not really raises his confidence. Meling has long beautiful black hair, soft pale skin and nice boobs. That’s at least what Ramirez is thinking at some moments before prohibiting himself to do so.

Aside form being a real fury, Meling weilds a gigantic axe in battle, which enables her to crush any enemy they encouter.

Ramirez and Meling work for the emperor Vagnus of Antia. That is a big city on planet Lisarya, which is mostly populated by Dayigons.
For some weeks now, the people are very anxious, cause’ they seem to face a really great threat. They even have to fear the extinction of their race.
The Droons, allways known for martial behaviour seem to have set their mind to committing a genocide on the Dayigons. They used a weapon called Pluz-Cannon to vaporize several planets and raided others with ground forces. Now they are planning on destroying Lisarya as well with one big bang, but they ran out of the rare mineral Pluz. As soon as they find a new source for it, they would equip their cannon with it and blow up Lisarya immediately. Millions of Dayigons would be dust within a blink.

Now the Dayigons are a nation of lower techological standards and they are facing a superiority. But how hopeless the situation might be, they can’t give in. They try to think of some kind of defense plan against the Droons. For that purpose the unequal duo Ramirez and Meling is sent to an abandoned base of the Droons, where they are supposed to search for weapons or other useful stuff.

With constant tension between them, many awkard situations and in danger of being extinguished at any time, the story begins.


Damage Trigger
A central mechanic is what I call the Damage Trigger. You will know a similar mechanic from other RPGs. When you choose to do a normal attack, a bar pops up and you will have to press enter at the right time and hopefully land a bull's eye (maximum damage)! The speed of the trigger depends on the difference of yours and the enemies speed stat. Pressing at the wrong spot or not pressing at all will result in a miss.

Don't worry: The mechanic is not all over the system (like in Shadow Hearts for instance) so it still feels dynamic and fluent. And it has some rather less obvious implications:For instance, if a character is confused, he can be cured with a physical hit. And with the Damage Trigger you can sort of manage the damage output and thus – if you do it right - cure the character with a minimum of damage.

Modsystem
The most important part of battles and maybe one of the more innovative systems of the game is the Modsystem. I've noticed people having a hard time, wrapping their head around that, but I hope I can make this clear. Otherwise don't hesitate to ask in the comments!
Mods (modifications) are like weapons, armor and accessoires. Means, there are 3 different types and you can euip one of each type at a time. But then there are 2 big differences:
1. You can change the equipped mods at any time in battle.
2. All mods are useful throughout the the whole game. They are not like weapons that you sell or throw away after you used them in one dungeon.

You start easy. Since you only got few mods at the beginning, it's not too complicated. For instance you will have to adept to certain statuses enemies have like "Flying". So it's a good idea to learn "Long-distance attack". Over time it'll get more complex and interesting interdependencies between the different mods and even characters emerge. Across all characters there are around 80 Mods to choose from!
Another interesting one is "Blitzblow". It costs some MP but in exchange there is no Damage Trigger and you hit the enemy with regular damage. Useful, if an enemy is super fast and you can't seem to hit them. Also with Blitzblow your normal attack becomes bolt-elemental and you deal double damage to water enemies and those affected by the status wet.
Now let's take a look at an interesting combination consisting of all 3 types and a mod of a second character:
Ramirez equips: Long-distance attack, Counterattack and Doubleslash
Chloe equips: Dark Companion

Ramirez can now defend and wait till he's hit by a physical attack from a flying enemy. This will result in triggering the Counterattack with 2 hits (Doubleslash). Additionally Dark Companion adds more damage and the dark element to every hit. Very strong for instance against the earth elemental WienerWorm. :D

Summons
Chloe is the only character who can use summons. They actually also play a roll in her personal backstory. In battle they can use either a big attack that is of course quite MP intense or something called a groupmod. Not much more explanation needed I guess, since groupmods affect the whole party. One for instance enables every character to inflict a status with a normal attack. Another one increases the bull's eye damage significantly. 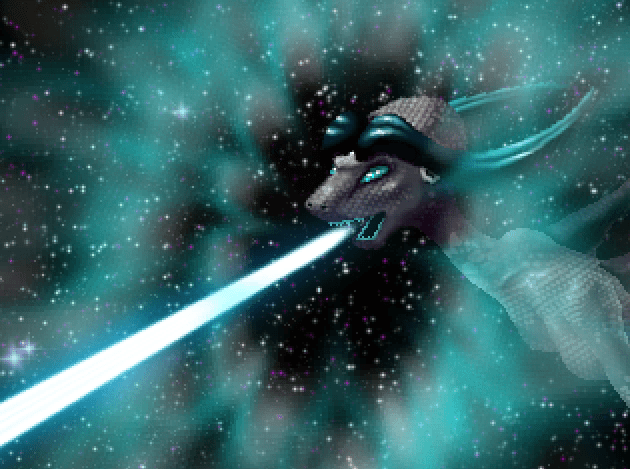 Balancing
My philosophy is, that you should be able to make it through most of the battles without grinding much. I don't want to force the player to grind but I do try to encourage them to play wisely and use mods efficiently in order to succeed. It's hard to be objective about this tho.
The enemies are designed in a way that they are quite demanding, if you first encounter them. Also every single enemy or group has a certain mechanic that, if you don't watch out, will wipe you out or at least get you in serious trouble.
Yet, if you rather like being on the safe side you can fight a few extra battles and will have a bit of an easier time. That surely is possible, but only to a certain extend because after you pass a certain level, expierience will get reduced gradually.

Life in dangerous areas is difficult sometimes because you need to watch your resources. But over the time you can make it easier by learning certain skills. For instance "Hunting" that will result in healing a certain amount of HP after every battle. Also consider the fact, that every level up heals your HP by 50% and unconscious characters get revived automatically and they still get EP! :D
I hope this gives you an idea. Drop your questions and other comments below please!

If you're still hesitating on whether you should give DEEP 8 a try, I would recommend your reading some of the most recent reviews arrived on Steam.

Of course I would much appreciate you writing a review as well, here and/or on Steam!

I'll add the current demo to my list of games to try out this week. ^-^
IndependentArt

Close
09/15/2018 08:17 AM
Seems really ambitious for rm2k3! I'll definitely give this game a shot. Anything that has had so much effort put into it, deserves a chance! If you want my honest opinion, the 10 year development cycle does show a bit. The resources seem to come from throughout the years. But then again that's kinda part of the charm, so don't worry too much about that.
IndependentArt

author=orange-
Seems really ambitious for rm2k3! I'll definitely give this game a shot. Anything that has had so much effort put into it, deserves a chance! If you want my honest opinion, the 10 year development cycle does show a bit. The resources seem to come from throughout the years. But then again that's kinda part of the charm, so don't worry too much about that.

Thanks for the feedback.
Yes, the 10 years show. But I feel unable to totally get rid of that fact. ^^ So thanks for encouraging me on it. However the trailer does show some old resources, too. I have to make a new one soon.
You up for beta testing too? :)
orange-

author=orange-
Seems really ambitious for rm2k3! I'll definitely give this game a shot. Anything that has had so much effort put into it, deserves a chance! If you want my honest opinion, the 10 year development cycle does show a bit. The resources seem to come from throughout the years. But then again that's kinda part of the charm, so don't worry too much about that.

Thanks for the feedback.
Yes, the 10 years show. But I feel unable to totally get rid of that fact. ^^ So thanks for encouraging me on it. However the trailer does show some old resources, too. I have to make a new one soon.
You up for beta testing too? :)

Yeah the resources are no biggie. That's something you can always fix later on if necessary. I'm afraid I'm at a pretty critical phase with my own projects atm to be a proper tester, so no. But I'll be back for sure once I get some more spare time :D This game has me interested to say the least.

I forgot to say that as someone who is very familiar with rm2k3 - the effects you've pulled off with the engine seem very impressive.
IndependentArt

author=orange-
the effects you've pulled off

I try to make an effort to. :) Although I use some plugins. Originally from DynRpg, but now "migrated" into the esayrpg player.
RogerJr
0

Close
04/08/2022 09:06 PM
Stumbled across this in your recent topic. This game looks very interesting. Was this all done by one person?
IndependentArt

author=Prinnyhero
Stumbled across this in your recent topic. This game looks very interesting. Was this all done by one person?

Yes, it was mostly done by myself. Except translation. :)
orochii

Close
05/08/2022 04:05 PM
Here I am just waiting for a game I love while somehow hating the two main characters.
IndependentArt

author=pianotm
Here I am just waiting for a game I love while somehow hating the two main characters.

Well, maybe the story will bring along a few even more hateable characters that'll make you hate the others less. :D
pianotm

author=pianotm
So, I don't know why this post happened...

It was quite flattering. ;)
goji

thanks! :) I would have dropped by if I knew and it would've been at a reasonable time.

And yet another victim of the bunnies. ^^'
Pages: 1