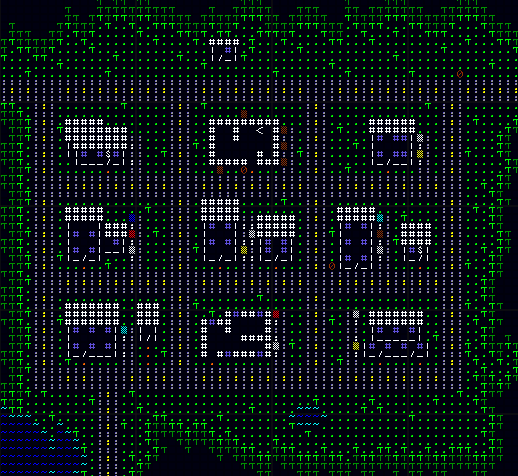 That's right. We're back in business.

Haitus? Nope. Cancellation? Nope. I'm resuming work on JRL after having put it off for a while. Over the time I've grown as a game dev, and my first attempt at JRL resulting in me over-burdening myself to the point where I bit off more than I could chew. But over the last few months I've definitely improved in many ways when it comes to developing (and even released a few titles in the process), and so I'm back to revive JRL and I plan to finish it.

You know that green "completed" color to the right on some profile pages that says the game is Complete? I like that green.

So what happened with JRL 1.0?

Basically, I've had to remake JRL entirely. The problem was, I bit off more than I could chew. The maps were humongous and the workload was astronomical. And even when I thought I had made progress, I found myself sinking further and further into the waters of development hell until I couldn't make any more. It was just too big. So I did what a dev needs to learn to do: scrap it. That's right, JRL 1.0 is gone. But the ideas are still here, and that's why I'm happy to call it JRL 2.0.

That maps are a bit smaller. The city in the first game was, well, it was just too big. So, I cut a large bit of it down and redesigned the city. Now the suburbs are a lot smaller and more compact, yet it still has a large feel to it. The scale, however, has been reduced.

One of the big changes was the size of every building. In the first JRL, all of the buildings were open on the same map. Good, right? It makes the world look seemless, nice and huge, and allows plenty of opportunities to dive in and out of windows. The problem is, this scale was humongous. It has been cut down significantly. Now, buildings are drawn on the map, but the interior takes place in a separate map, much how many RPGs scale down the outside of a building and allow you to enter. So while it's not quite as large, the maps are overall more compact.

It also, at least to me, appears more aesthetically pleasing. Take a look at that downtown map up above. That's the largest map in the game now. It's huge because there's lots to do in it. The other maps are a fraction of its size. But if I wanted to spread out all of those buildings across the entirety of downtown, it would be a monster, and would be painful to navigate. So now, using the new scaling method, the downtown looks massive without being overwhelming.

An unfortunate side effect of this new scale is, however, the cars. Those little dithered colored blocks? Those are cars now. It's rather unfortunate I had to scale them down, but it's the best I could do to fit the scale. But don't worry: you will still be able to interact with vehicles. That hasn't been removed.

I've gotten a bit better with battle systems over the last few months. I've learned a lot from both successes and failures, and I plan to apply that experience to this game's battle system.

I looked under the hood at JRL 1.0's battle system I had in place and it was... well, it was simply empty. It was not fun for me to play, nor was there anything interesting going on with it. I will be overhauling the battle system entirely. It will still be a turn based battle system, but I'll be applying my experience to make it into something I actually enjoy playing.

Furthermore, I plan to add multiple characters to the party which can join. They will be random, and each play through you will get different characters. Nevertheless they will all have a role to play in combat, and once I have the bare-bones system in place, it shouldn't be that hard for me to build on top of it.

The World: Each play through is different.

Originally I had the idea of multiple plots to be experienced. Because of the complexity of this, and the problems I ran into while trying to tell a different story, it has been streamlined down to one plot, but with multiple endings depending on your actions, plus chance.

Each time you start the game, the world will be named something different. A large portion of this is just flavor: what will the name of your city be? However, what it's also telling you is that the play through you are about to embark on will be different than any other. At the beginning of the game, the world is generated. You will not get the same items. You will not meet the same NPCs. You will not encounter the same scenarios and events. You will not find the same quests. Different, different, different: every play through will be quite different, though you will play on many of the same maps. This means if you don't like the run you're currently on, feel free to restart and give it another shot. Maybe you'll have better luck next time around. Or, maybe you'll draw a crummy hand and challenge yourself to push through. Either way, the game will be different each time you hit New Game.

What this also means, is that you won't have to save-scum. In the world generation, all of the scenarios you will encounter have been predetermined through the luck of the dice. This means you will not have to reset to get a more desirable scenario outcome, but each play through will give you something different.

I'm considering adding sound effects back to the game. I'll try to keep them memorable, as I want a lot of the game's sound to simply be your imagination (or YouTube playlist). Saving will be enabled so that you can load and save a particular world you enjoy.

Finally, as far as the release date, I'm remaking the game from the ground up, so no word on how that will affect the release date. But, hit that subscribe button and stay tuned for more JRL news as I push this product towards its end.

The sounds thing is an interesting one. There should be a sound of enemy's death. On the contrary your own death should stay quiet (it would be even more impressive with more battle sounds before the silence).
Gredge109