(The first part of the review contains major spoilers, so don't read it if you want to avoid spoilers)

The very first thing that happens in this game is that Seth, the main protagonist, is hunted by Valiant and his Vanguards.
You neither know why they want Seth nor do you know who that Seth is.
But you just want to find this out! This game is soo clever in terms of storytelling!
As the game goes on you learn more about Seth, the Crimson Eclipse, and his friends/loves. 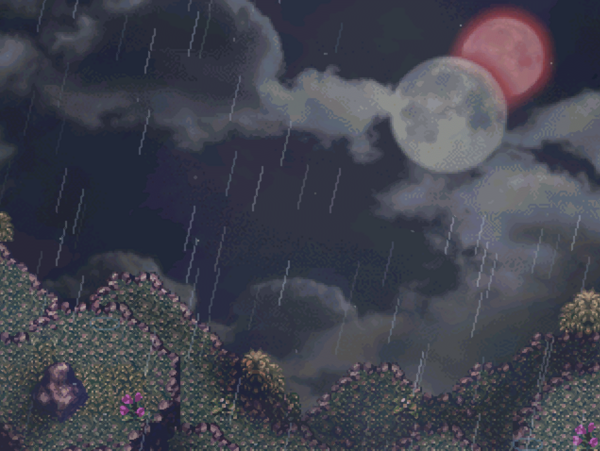 What I really love about this game is that all characters complete this story together, altough every single one of them wants to fulfill his own "goals"

Nion, for example, wants to make the Scarlet Wyrms, a criminal organisation which terrorizes our friends during the game, pay for what they did to him and his family. 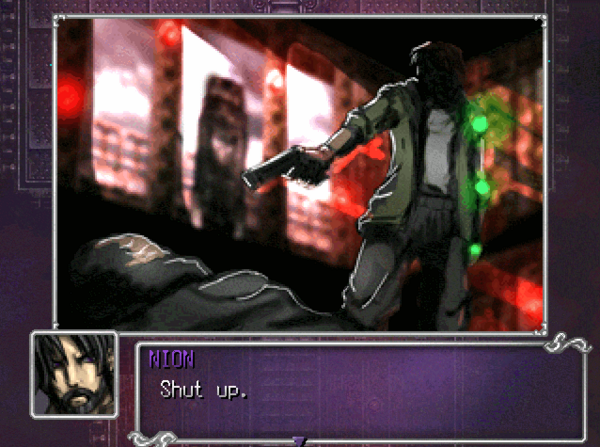 Rudra, a Varzan shaman, on the other hand, wants to know what exactly happened 2 years ago, when his clan, the "Marut Clan", was attacked by another clan and then eliminated.
He finds out that he was corrupted by Orihalcon Crystals and so he was the one who killed his clan.
Asura, the last clan member alive besides Rudra, wants to avenge his clan by scratching Rudra's eyes so he loses sight, and later fighting him. 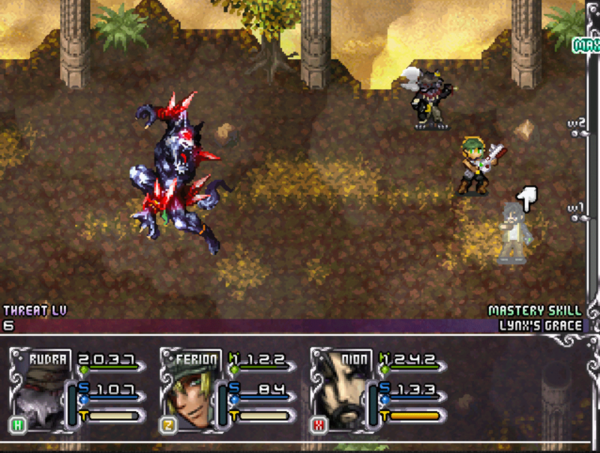 In the end, however, every story of each single character is kind of connected with each other. And that's what I love.


That much about the story. Time to talk about the gameplay!
It's a classic jrpg gameplay... (who would have expected?)
BUT
there is a lot more which makes playing the game super comfortable
You'll have to master various minigames, stealth sections, and a lot more!
My favorite minigames are the Drinking Challenges, they're way too funny! xD 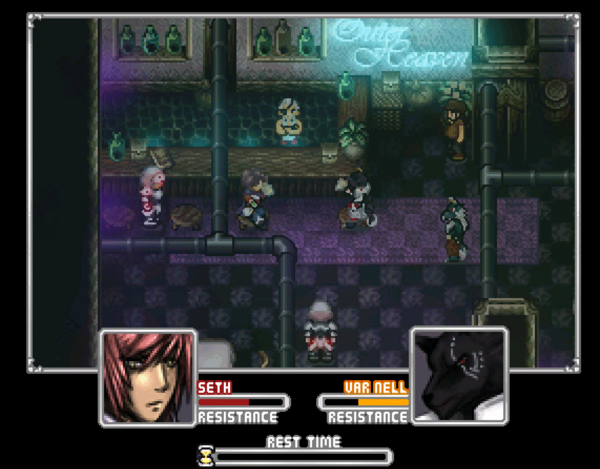 The music used in this game is from many different games, but extremely fitting! The ones being my favorite are "Boss Battle 1-3" "Sidereal Eye Dungeon" and "Borgol Prison"
Some of the graphics are from other games as well, for example Chrono Trigger, Final Fantasy and Front Mission.
All I can say about them is that they fit perfectly.

As you should know by know, there are many great things about this game, in my opinion. There are some more things I like about the game which I don't feel like reviewing now, however. Go and experience them by yourself! :D

No really, this game doesn't do anything major wrong.
The only things wrong I found are messing up some textboxes or untranslated stuff. 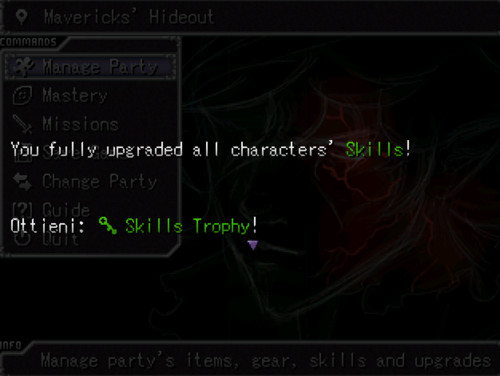 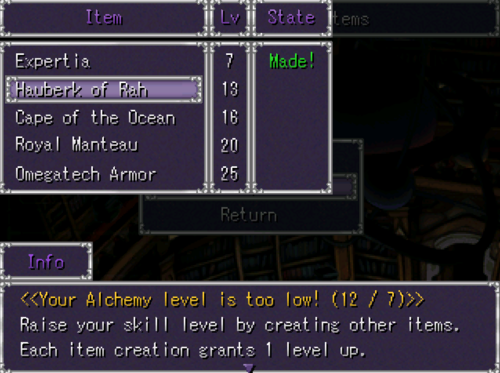 Well, I would lie when saying that I didn't find anything major.
Actually, there's a glitch in the game which lets you skip maaaaany rooms and allows you to save and switch party members everywhere.
I won't tell what that glitch is, instead I'll just message Lollo himself and make him fix it.

The only thing I would like to have is the ability to change the order of your party members. It's kinda boring walking around with Seth most of the time. (Until Final Chapter, at least.)

Time to give stars!
I just love this game. It has great story, gameplay, music, graphics.
The minor things I found are just way too minor to actually kill the "perfect" rating.
So, by now this is my absolute favorite RPG-Maker game AND my absolute favorite J-RPG. Not even Chrono Trigger (the best final fantasy) beats this game.
Congratulations, Lollo. You made: 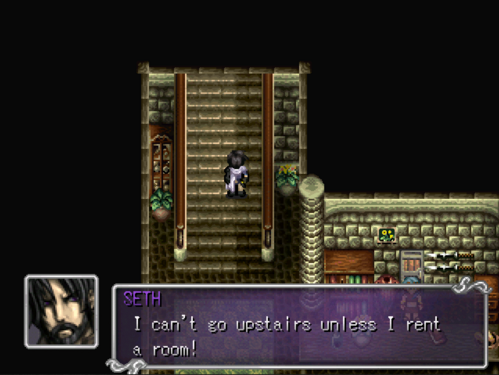 Close
09/24/2019 06:34 AM
Thanks a lot for this review. It means a lot to me :D
I'm glad you enjoyed the game so much! It makes me proud of Theia. I'm aware of some of the glitches you mentioned, and I guess that I'll fix them someday XD

Better than Chrono Trigger? I don't deserve it XD
Thanks again!
dethmetal

Close
09/24/2019 03:40 PM
Wow. Better than Chrono Trigger? That's insanely high praise! And here I am, hoping that my game is at least half as good as the SNES classics.
Hasenmann
0

Close
10/27/2019 08:22 PM
I agree with this Review. The Story is simply a Masterpiece. So many Mindblowing Twists. I wrote a Full review on a German Forum about this Game and also Ratet ist 10/10.
Btw: I love Nion he is my Favorit Charakter. Especialy the Scene where the Sientist Nigel says: Haha, i am up here what will you do? And then he shoots him.
Pages: 1