Copycat - Or: a case for owning a dog.

There are days when I wonder if people look up to me. To want to be like me. To want to live my life exactly as I do. Well, I certainly hope that isn't the case since my life involves a lot of sitting around at the computer. But playing Copycat makes me wonder if someone really is out there, watching.

Copycat is a visual novel made in a single day by Okami_Amaterasu for a game jam, recently translated into English. Having been made in a within such a short time frame, the game is extremely short and can be finished in several minutes. Similarly to some other micro-VNs of this nature, players will watch a short story and then ultimately make one or two decisions to affect the game's outcome. And while we've seen other games like these boil down to a moral choice, Copycat takes a more interesting spin on the player's input.

The game presents a three minute story, and asks players to pay close attention to the events that unfold. So while you won't be walking around the environments, poking your nose into every object you can find, you'll still be engaged in that you are required to pay attention to get the best outcome. Several events befall the protagonist and his antagnoizer, and you'll be given your sole source of gameplay during the finale in the form of a quiz. And thankfully, you'll be given the option to save the game right before the big decision, eliminating the need to play through it again if you messed up.

I can't say that I would mind playing through a second time to do so, though, as the story is rather charming yet strangely bizarre. The use of dark colors in the game's presentation and witty tunes sampled from EarthBound give off an overall eerie vibe. For a game that was completed within a day, there was certainly a good amount of care put into its aesthetic. Copycat presents itself as both clean and simple, and refreshingly elects to favor basic conventions over superficially-implemented scripts. 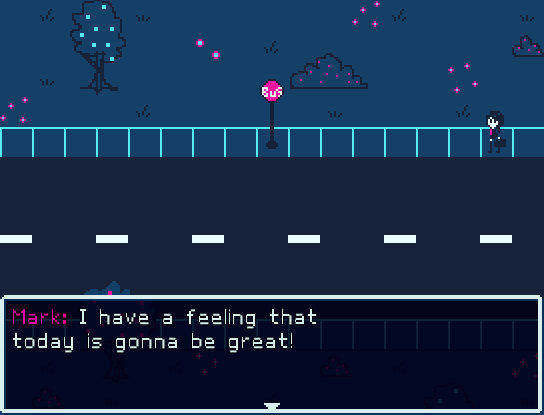 Buddy, I've been saying this for years and it never gets any better.

I suppose if I could peg Copycat for any one thing, it's that the quiz at the end was rather easy and I didn't feel the need to pay as much attention to the story as the game suggested I should. A couple of the incorrect answers are simply just misspelled variations of the correct one, for instance. And some of the key points of the story missed their opportunity to be included.

It's also worth noting that the two possible endings are very similarly-evented. I ended up resetting the game several times despite getting the correct answers, since they vary in text only and were difficult to tell apart from a glance. I do believe that if the two endings differed more in audio and visual cues, getting the right answer would be more rewarding.

Overall, Copycat is a nice little story that's well worth a few minutes of your time. Now I'm gonna go back to my window, because someone still might be out there, watching. 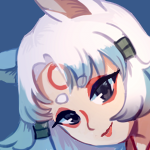 Close
02/21/2016 02:12 PM
Thanks for the review!
The quiz was actually worse in the original version haha I tried to fix it a bit when I was translating.
Looking back now, I could have done a lot more for the game.. Oh, well, I still can, but I have no intention of editing the game (maybe if I have more ideas for the story).