8 reviews
Save to Dropbox
Edmund Brigham is a man who does not remember much. His surroundings are a mystery to him. He finds himself on a road, guiding him towards a keep. Within lies the dark robed Gatekeeper, who is awaiting Edmund.

The Gatekeeper greets Edmund Brigham in his own twisted fashion. Unmoved at the Gatekeeper's attempts at riddles and mind games, Edmund's thoughts are stained by a silhouette. A rose.

The Gatekeeper, impressed with Edmund Brigham's conviction, guides him towards the Garden Tower. The answers that matter to him, lie there.

As he begins his journey, the silhouette never leaves his thoughts. The trials on the road to the Garden Tower are many and hard.

Edmund must overcome them.

Solo Character Battle System Fast, challenging, and fair! There are no healing items, you recover health by killing a foe. Attacking normally grants Edmund FP where he uses Arts to destroy the foe's weakness.
2-3 Hour Long Story Fleshed out and replayable!
All Original NES Inspired Graphics
All Original Soundtrack

I'll be honest. I've had a stroke of luck with Three Ghostly Roses in the past month. I got two really positive reviews, more fanart than I ever dreamed of, and a surge in downloads for my standards.

Then I wake up today and see that I'm Featured. I'm not dreaming right?

I can't thank RMN and its staff enough for this honor! I cannot express how much I appreciate it. I had a blast making it. When I started this up again, I wasn't sure if I was making the right move. It turns out I did.

I also want to mention that Red Nova REALLY helped me improve the game during the final stretch of development. He's a great playtester. Really did the job well.

Now I celebrate with the fanart I have received for this project. 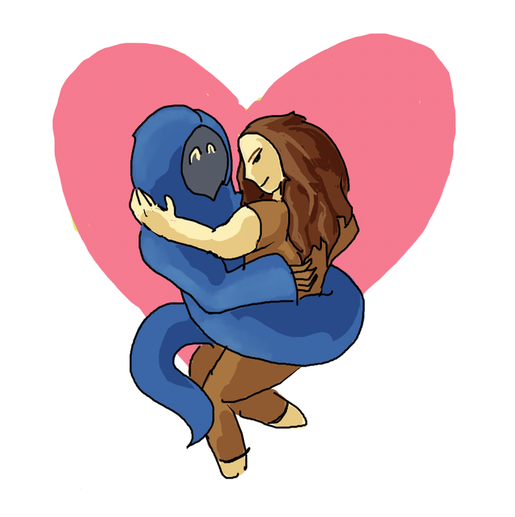 And last but not least...

Edmund being included in that was the first fanart someone made for me I ever saw. It's great. I recognize a lot of the other characters as well!

This is a great way to start 2017. I hope it sets positive vibes for the rest of the year. 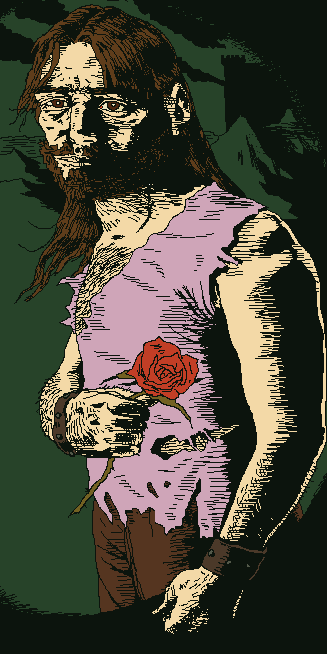 I am gonna keep editing these in this post because I want everyone who visits this page to see all these wonderful arts. I am truly lucky that artists seem to like my game a lot haha.

Souls vibe? Didn't mean for that, but damn does that please me.
Superstroke

Close
06/03/2016 09:38 PM
Thoroughly enjoyed the demo, zDS! I see you used Cope Island as a jumping off point, but enough was added/tweaked to make it stand out on its own. The visuals are very well done and the music is sweet (though I feel the music in the tower nay be a little too upbeat for the situation).

The one part I wasn't too fond of is how Edmund flat out tells you the boss' weaknesses after it changes behavior. I think the boss behavior should be edited a little bit to talk more in depth about each behavior change and let the player figure out which body part is open. It's a lot more satisfying to figure out solutions like that rather than have Edmund practically walks you through the fight.

Other than that, I'm loving the atmosphere and tone of the game. I wonder if the plot will get more in-depth as I collect more roses? The last cutscene feels like it may have shown it's entire hand too early, but I feel that there's plenty more story to explore as the game goes on.

Great work on this, man! Keep it up!
zDS

In an ideal world, I would have had animated battlers to visually show weaknesses, but alas that will not happen this time around. With that said, I definitely agree. I think the first one on boss 1 indicating that it is time to use the uppercut is good, but I think I should tweak the rest of the dialogue to give the player a chance to figure it out themselves.

I showed a lot of the hand in the last cutscene of the demo, but there is plenty story left coming up, haha.

Close
07/05/2016 01:14 PM
I took down the demo currently due to the actual release coming sometime this month and the save files won't be transferable unfortunately.
Superstroke

Close
08/16/2016 03:15 PM
I'll release as soon as playtesting is done and I fix the issues. Making sure you guys don't go through pesky issues I missed haha. Shouldn't be too long now! I under-estimated the time on my last post though. :S
unity

You're being very thorough with everything! That takes a lot of time. Good work is worth the wait. =p
zDS

Close
10/25/2016 03:56 AM
Got it released! Had to include the RTP again. Those who played the demo will have to play it again due to some major - minor changes being made.

Close
11/21/2016 09:56 PM
I didn't expect much when I gave this game a try. Well, what do you know, I finished it today and it's now one of my favourite games this year. I'd write a review but I can't pinpoint exactly why I think the game is so good. It has a lot of good things and a few bad/weird things, but I guess it all comes down to just how much I personally fell in love with the world you created. It was really fun, in the long run. Thank you for making this game.
Cap_H

Close
01/02/2017 10:58 AM
Man, this looks great. And Sir, you are being featured! Congrats.
Features (of the game) and the description are sweet. Totally looking forward playing it.
suzy_cheesedreams

So I'll just say some crap here:
Show
This game is fantastic. The world you've designed is atmospheric and rich in tiny details. The music (which felt to me like a combination of John Carpenter & Final Fantasy 7) is freaking wonderful. It's quite evocative in places, and really helps to give emotion to the cutscenes.

One thing in particular I love about the music is that it's upbeat. I thought this really suited Edmund's spirit. He's so determined and indomitable, and the soundtrack reflects that perfectly. Yet it still manages to sound wistful and gloomy in parts.

The Flawed Dude sidequest was neat, and I liked that you found a way to fit in extra music that also helped to flesh out the setting, through their rather taciturn stories.

The graphics were beautiful. I liked the foreboding mistiness of the first area (I like its BGM in particular) and that lovely green tower, then the tropical area... then the cool inverted colour dream area... It was all great. The rolling clouds behind castles and cliffs looked dramatic and ominous.

Battle graphics were nice too, I liked the variety of sprites to look at while Edmund kicks the bejesus out of them.

The battles themselves were great fun. I liked the puzzle aspect that others have spoken about, and the added incentive of healing HP when grinding for a few extra bits of experience here and there. I only started using the inn at the very last part of the game when I just wanted to get through that boss rush. (I expected the Predator to pop up during Edmund's nap. It did not.)

The levels were well designed. The world felt small and connected. Backtracking (which I chose to do a lot of to save after each battle because I generally suck at games) was not a pain.

Oh, I also really liked how you incorporated storytelling into the game. That there were hints as to which attack to use because it was described in third person during the battle, and that sort of thing.

Getting to the story, I thought it was beautiful, and rather cleverly executed. In the second half of the game I suspected the Gatekeeper was Caroline... *somehow* (I'm blaming Kylaila's fanart). But I am happy the story went to more humble places in that Edmund and Caroline were simply hired killers and they died unceremoniously in someone's dungeon.

I loved that Edmund appeared to his daughters in their sleep with the roses and words from their mother. Dude, that was beautiful.

The characters said just enough to reveal each personality. Some of the cutscenes were quite poetic, particularly the rose scenes as mentioned above, and the epilogue.

I, like Kaylaila too it seems, enjoyed the burgeoning bromance between Edmund and the Gatekeeper, haha.

The sidequests were well implemented, I thought. The rewards were genuinely useful, and if they didn't have something to do with combat then they did reveal more about the characters or the world.

I am wondering though if there is some plot-relevant conclusion to the music collection quest, like the note quest?

Overall, I enjoyed Three Ghostly Roses immensely. I am totally hopping on that fanart bandwagon.