I want to start this off showing a rough estimate of Three Ghostly Roses' progress via a graph.

By Maps, I mean all maps and events. By Tiles and Enemies, I mean the graphics. By data, I mean the enemy and battle data. By Music, I mean the music.

As it is now, I have a good chunk of the game done. I have a lot more maps and events to make, but that progress will go fast as long as I sit down and work at it, haha.

Edmund will have no access to weapons nor healing items/skills. He must survive via his martial arts. Enemies will have 3 stages of defense: High, Middle, and Low. 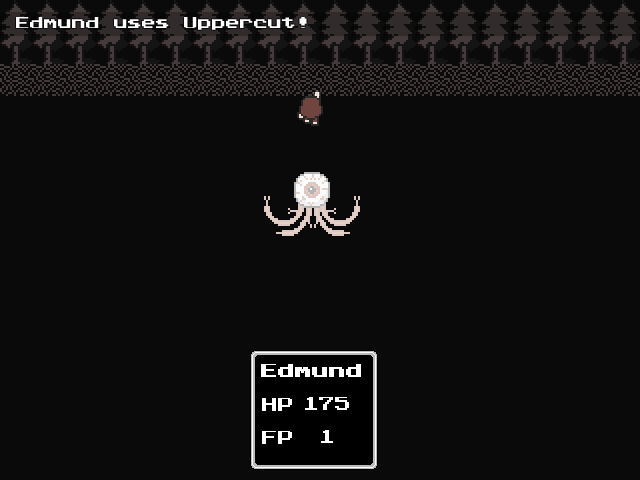 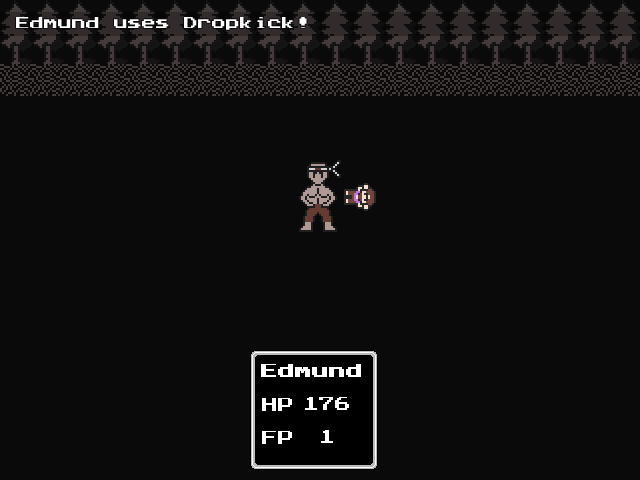 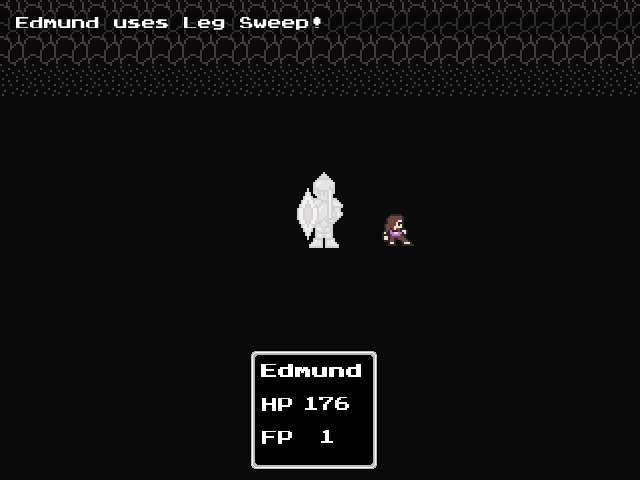 Those three skills are Edmund's signature arts and will decimate an enemy that has a weak defense to the Art's assigned element. Uppercut is High, Dropkick is Middle, and Leg Sweep is Low.

Enemies have a fourth element, and that's their mental defense against Blast skills. 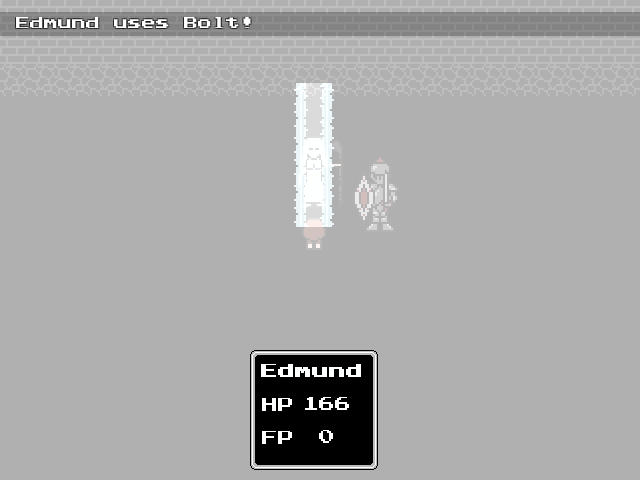 Blast skills are more powerful and require more FP to use.

As you proceed through the game, enemies will have powerful defense all around and Edmund's signature Arts will not do very well. Though you will gain access to to defense breaker skills that will allow you to decimate an enemy once more.

Face Jab will stun the enemy's face, which will leave their Low element wide open.

Gut Knee will stun the enemy's middle part of the body, which will leave the High element wide open.

Shin Kick will stun the enemy's lower part of the body, which will leave the enemy's Middle element wide open.

When you find the correct skill to break the enemy's defense, you must use a signature Art on the same turn as the defense breaker or else it will be useless. Edmund will gain more actions per turn as you proceed. So a defense breaker would be something like this: Face Jab > Dropkick on the same turn. Each skill costs 1 FP each.

Three Ghostly Roses will have a tight knit amount of enemies that each will be based off a different battle mechanic. There are no healing skills or items so comboing enemies and gaining health from their defeat is a necessity to survive.

More Art and Blast skills will be available to purchase as you proceed.

I hope to finish the game within the next couple of months or so. So far the mechanics are working nicely and the game is coming together better than I expected. If you played the demo, know that there is much more to come.