"Hell is empty, and all the devils are here." - William Shakespeare

You play as Luna Amaryllis, a morose girl who has been cursed by “Death”, and must reclaim the pieces of her heart from Hell and stop the darkness associated with her curse from seeping into the town of Havenfall.


Melting Moon is a horror/dark fantasy game that is heavily story-based, and involves various mythologies to its world. What happens in the game and what happens to Luna is heavily influenced by what the player does or doesn't do in regards to the story and choices given. Luna can explore Havenfall and various locations in Hell and Purgatory as she finds pieces of her heart and saves (or doesn't save) souls afflicted with Soul Rot, all the while finding out her true self and her true purpose.

Length: 4-30 hours, depending on story-based events the player does or doesn't do.

Combat: Using weapons she finds or makes, Luna can utilize combat, but only while in Purgatorium or Hell. However, don’t let the fact that combat exists in the game make you feel that you’re safe - some enemies can kill Luna in one hit if she doesn’t have a certain amount of heart pieces collected, and her true strengths will only begin to show in the latter part of the game. While some enemies are easy to kill, there are some who you must use your wits and wisdom in order to pass. There are also some enemies that simply cannot be killed, and must be avoided at all costs.

Relationship System: This game allows you to form relationships and bonds with other characters through dialogue, quests, and giving them items. There are some characters you can form a love-bond with, which will have some effect on the endings you get. The available lovers are both male and female. The relationship system is optional, but will greatly enhance the story and will also unveil extra parts of the story otherwise unobtainable through the regular game play.

Creation System: In various locations of the game, there are spots in which Luna can cook, create, or invent things. These include remedies, weapons or utility items, consumables and gifts to give npcs.

This game is in production and the demo (which will be the entire prologue of the game) will be released early in 2016.

Hello, creepies and spookies! If interested, we have a dev blog where we upload concept art, sprites, and in-progress maps and more. Come visit!

the target completion date is so far away tho Q.Q hope it means the game will have alot of features and content c;
skelebelle

author=Dollsmaker
omg i cant wait for this! the girl in the 1st picture is just to die for i love her design so much, definatly hope this comes out soon ;3

the target completion date is so far away tho Q.Q hope it means the game will have alot of features and content c;


There will be a demo coming out soon, and we plan to release the game in intervals for testing purposes sometimes! O v O
Frogge

author=Frogge
Been following this for a while on tumblr :3 Best of luck with it!
(I'm still looking forward to dolls of rozenheim more though >:P)


So loyal! DoR will have a rebirth in the future. It may contain twins next time \o/
FlareBlitzed

Been following your wonderful dev page on tumblr for a few months, when I saw the rpgmaker link, immediately clicked it to check it out.

Best of luck with the development of the game! ^_^
Ilan14

author=StormTorn
Omg props to whoever were the artist(s).

Skelebelle and Timdc are the game designers of Melting Moon, so that covers the "artist" role. :)
FlareBlitzed

author=Dollsmaker
omg i cant wait for this! the girl in the 1st picture is just to die for i love her design so much, definatly hope this comes out soon ;3

the target completion date is so far away tho Q.Q hope it means the game will have alot of features and content c;

Halloween 2017, a great day for a horror release. xD
Dragol

Close
02/25/2016 05:45 AM
It is definitely playable! C: I can't wait to release the demo, but I'm very nervous and hope it meets everyone's expectations!
Dragol

Close
02/25/2016 07:00 PM
Your every artwork here is great and works so well on atmosphere based on screenshot )
Hazelsoft 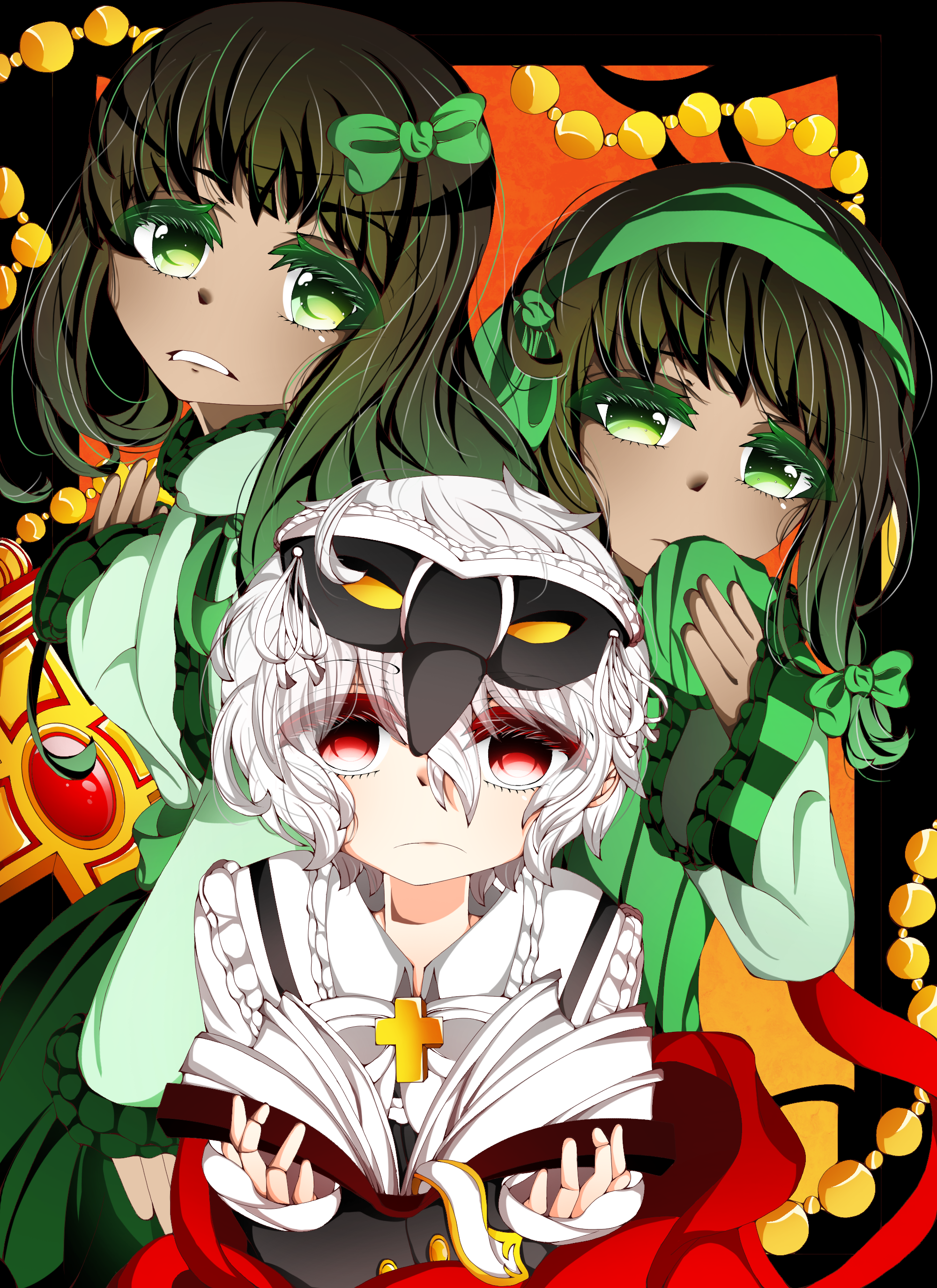 This is finally on RPGM!!! \>u</ I love your games; your demo last year was extremely well made as well!
skelebelle

This is finally on RPGM!!! \>u</ I love your games; your demo last year was extremely well made as well!


I thought it was so rough, but I'm glad you liked it!
Aoleorz
0

Close
02/28/2016 01:47 AM
The game looks absolutely gorgeous. The atmosphere feels so... complete and enveloping. And gotta say I really like the heroine's desing it's kind of a perfect mix between creepy and mysterious and still cute-ish XD
Bakutex Don't make duplicate accounts in order to review your own game, guys!
473

So the werewolf Curse got replaced with the female Styxia, Ravage got his design revamped, War is due for his own wardrobe change, a new character got added (Azel), and the story/setting has changed.

Death looks like a panda! "I know your type: tall, dark, and dead."

Can I take Azel home with me? He's too good-looking not to be a route/dateable!

Hmm, all I can say for the original contest version is that you revealed plot points too soon (like War being the betrayer) and the boss battle against Curse was too simple/easy (even if you can justify it as him playing with you and not fighting seriously). That's something to consider for the Eclipse edition.
Pages: first 12 next last