2 reviews
Save to Dropbox
House is a free horror-exploration game by Anouschka and Joyce made in RPG Maker VX Ace.

Jack and Stephanie are lost in the woods and by mistake arrive at a hotel. In this hotel they meet another unfortunate couple, Randy and Leslie. When they look around a bit, they come across the owner of the hotel, a rather unsavory character. On top of that a murderer haunts the place.

WARNING: This game features many dark themes, for example death. It is recommended you do not play this game if you feel the subject matter may be too much.

EDIT:
So, after I have the candle and able to walk around I don't know where to go. The doors are either locked or nothing in the rooms from what I can see.
Is it timed or something?

Stopping for now. This is something I might review if I can continue.

Here's some thoughts:
Show
The intro is a bit jarring, considering it's raining and the dialogue comes off a bit stiff
the character sprite has a beard while his faceset is clean shaven
all of the menu TERMS is generic, default. maybe change these to something else just so it isn't the default.
The windows shouldn't have light coming in if it's dreary and raining outside
There are some things when you click on them like the cake in the dining room that doesn't get a message box, it's inconsistent with everything else being searchable
Entering the room doors has sound effects of opening and closing but when leaving the room there is no sound effects
The writing is very sub-par and doesn't come off realistic or genuine
The candlelight effect is good but again, the windows shouldn't be giving off light if it's raining outside
Also, here's a screenshot dump:
Show It feels like there's a few instances of this around the place. Not sure how I feel yet, the game definitely needs work and more polish to even hit average, sadly :(
roger

? randy is leslies husband? why do they have different last names then?
Randy Messarue/Leslie taylor (front desk)

the choices are kind of annoying as there is nothing else to do but accept it so theirs no reason for it to be a option.

how does a clock not working make you determined?

the scene where your all eating has no emotion no feeling your walkign away by yourself...
seriously needs to be improved

why did we go to the back door just for the other guy to leave are party and go to the basement???
the point of going their was to leave!

...the choices in this game are so pointless...who will you save? game over if you pick his wife? wtf?

leslie is supposed to be alone why is jack with her?

what was the point of getting a gun with ammo and still get killed by the guy?

why does jacks sprite have a beard?

susan untied the rope on her own?

what a terrible ending


General 27M
This was a horrible experience. the grammar,plot,characters,dialog,atmosphere and ending were terrible!
there is nothing redeeming this experience at all!

Overall
I don't recommend this to anyone.
Pws-AJ
131

Close
03/14/2016 08:40 PM
Thank you for leaving comments.
This is our very first game and first experience with the program and we uploaded it for family, so it already was quite the surprise to see people trying it out.

Thank you all for pointing out mistakes and thing we can learn to perfect in the future.
The clock was just a little reference to Undertale, seeing as both creators love that game.

ps. for those that are confused as to where to go when escaping, flee to the entrance doors
InfectionFiles

Close
03/17/2016 10:22 PM
First games are always rough! I would like to give this game a review when I get back to my desktop.
I will try to give as much help as I can so you can either improve this game or have some advice for a future project!
KrimsonKatt 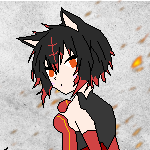 Just a random catgirl on the internet.
2817

Close
06/06/2016 02:49 AM
I was going to play and review this one but meh, not really worth doing so. Especially since everything I'd say would just be mirroring InfectionFiles' review now that I've read that.

My notes while playing were:

-Jack has a beard on the sprite and not on his mugshot. Weird since isn't that handled automatically in the generator?

-Memes and popular game references are okay so long as they don't interfere with the mood, but the one with the clock doesn't even make sense. All the times in Undertale where that was used were cases that are actually motivational. When does a broken clock ever fill anyone with determination? Additionally Undertale incorporated it into the story, and very well too. That just makes your use of it seem ever more thoughtless.

-After the dinner the whole plot seems to go kind of boofaw. Too many developments too quickly. When done properly this makes the player suspicious and builds tension. Improperly, it just feels messy. You're going with the owner then you're running from him then he's ok then you're running from him again. He killed me once because the last I'd seen him he wasn't trying to kill me. It made no sense.

-If you go to the basement you exit right and enter the next room on the right. If it's an Up/Down to Left/Right switch then I can just barely accept it because not all riles support facing other directions but in this case it's obviously just a mistake.

I didn't finish the game. Your music choice and visual edits are nice so there's a lot of promise there. Keep trying and improving. Play your own games with a critical mindset before uploading it here can go a long way to, well, not wasting other people's time. If you played this objectively yourself before uploading it you should've seen that it wasn't very good.
bicfarmer

Close
01/27/2017 01:41 AM
Played it to the end. Mostly trial and error with no apparent logic to it (expect perhaps that being nice gets you killed). Story is pretty random. The ending... didnt make me feel better. Given that basically every choice was between live or death, I'm guessing there isn't really another ending. Also, one room froze the game.
Gliz_Caldo

Here's my Let's Play version of the game, it was okay at best, but so confusing.
Also, story wise didn't make any sense what-so-ever.
Pages: 1