Internet Communities: The real side of human interaction

These are three of the favorite games internet communities like to play.
Protected by anonymity (or at least a made up persona), entities enjoy the energizing surge of the gang and gladly forfeit reality in exchange for a fake world of security and importance.

ALONE is the game character, the game author and the game player, all-in-one.
A dark world, a scary, confusing place, replete with anonymous hunters, preying on opinion, on ignorance, on weakness and, the one they find the tastiest, on actual living soul. One is thrown in there, unaware of the dangers, but also hopeful about what can be learned - surely there will be some hidden light beneath all this depressing, soulless and un-living surface. Surely there is a treasure or two somewhere around here? Something one can wear as armor for one's vulnerable psyche, something one can wield as a weapon against the voices of the void trying to consume one's mind, some magic that can heal oneself when all looks irreversibly bleak and lost! Surely there will be a beautiful place waiting in the end, if one just perseveres.

Seek and you shall find - those brave enough to venture forward despite the growing frustration and the sense of purposelessness will find what they need, will overcome the obstacles in their way. Especially, they will overcome their own inhibitions and fears.
It is like being deaf underwater, in the depths of the sea under the moonlight: ALONE and cold, with nothing going for you except your undying curiosity and willpower.

ALONE uses all of its tricks to show you, in a most profound way, the real side of human interaction, which lurks in cyberspace. There, more than in "real" life, human interaction is at its most authentic, given the proxy of a keyboard and screen. It is a RPG game (just like the internet community "game" is), but do expect it to be different from what you're used to and also much more.

I, myself, was taken aback by the experience at first, overwhelmed by frustration and confusion, and found myself rage-quitting a few times. I always came back though, as if I knew there was more to the game than that. There had to be a purpose to all this madness, a message from Iddalai!
I settled down, even without any much needed help, and found my path through it at last. I pulled through the game as he did: ALONE and yet accompanied by those who were unaware guides... and probably got the same rewards. All that previous emotion was part of it. Without it, it might have just been a meaningless strange game. With it, it turned out to be a profound realization of a journey.

If you want to play a game, play ALONE and learn what it is like for a newcomer to come face to face with the reality of the internet... ALONE...
or are you?

This here is an unmissable experience. 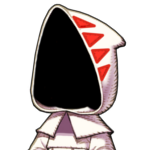