I admit that when I read that Joseph's Farm was a horror game I expected a classical horror adventure in a rural america with a farm of cannibal farmers. Nah, I was extremely far from the truth!

Joseph's Farm MAY be a horror game, but it's probably not what you or anyone else can expect. This is the story of a young schoolgirl, Angela, and her recurring dream that will take her through a series of bizarre adventures in a land of dreams... and nightmares, of course.
Angela is a sort of Alice in Wonderland, the comparison will be inevitable and will become, trust me!
The game is divided in two parts: the real world and the dream. The first is just the school where Angela goes, and includes the dormitory, the mess hall, the class and a library. You can explore and talk, but these parts play a minor role in the story, even if you have the opportunity to find and see something *interesting*. But the real adventure is in the land of dreams... 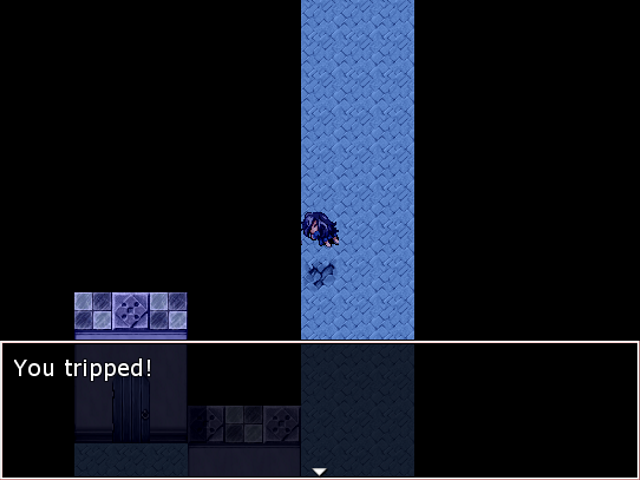 Oh no! Wait... this is the less harmful thing that happened to me in this game! Trust me!

Ok, so far the game was a walking simulator, with save points that are represented by books. The same books are found in the dreams, but here they are far more useful due to the hostile nature of this weird land: not only there will be some chase sections (luckily rather short, since being caught means instant death!), but also many puzzles, enigmas and tests that may often result in death if the answer or actions done aren't the correct ones!
So save, and save often, there is no lack of save points and death can strike everytime when you less expect that!
I admit that sometimes this may be annoying, because if you made a particular (bad) choice in some cases you have no options but to reload the game even if in some cases it makes little sense (for example when you choose a costume you cannot change your mind and wear another one, if you chose poorly you can die or reload... sigh!).

But in most cases I liked the puzzles, especially the one with the paintings and the toy room. These were the funniest ones, and I do not mind that everything is prettly linear (except for a short part before the ending, but it's really minor and has a little impact on the ending you will get), because the real fun was learning how to overcome the various obstacles: sometimes you have to combine the items in the inventory, in others you have to interact and solve some riddles or follow some instructions. These were never too hard or impossible, even if in some cases it took me more that one try to complete successfully (same was for the chase scenes in a couple of cases), and I never had to look at the walkthrough.
No, I'm lying, I did once, because there ia a particular hidden room near the end that you must find interacting with an apparently ordinary wall... uhm I'd have made it slightly different, like some particular point of interest found in another part of the game, because it was nearly impossible to find it without looking at the solution! 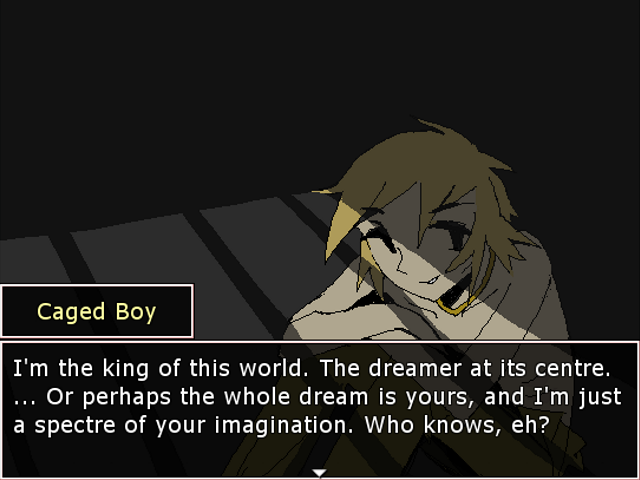 Good question... but I have no good answer to this!

Anyway... I had fun! The adventure will take Angela in many weird places, that I will not spoil or I would ruin the fun, and Joseph's Farm is just one of the many!
The story has a rather short and almost abrupt ending that leaves a lot unexplained and maybe some players will be unsatisfied. Also, there are two slightly different variations of the ending depending on a small last-minute choice that you will probably reach after one hour. Yes, it took me exactly one hour from start to finish.

The game uses RTPs in most occasions, but there are custom facesets for the protagonists (Yes! Angela won't be alone forever in her adventure, but play the game and see whant I mean!) and even some atmospheric cutscenes for the most (few) salient moments. Oh and the main menu of course. I liked them, despite using a quite different and simpler style!

Music and visuals are probably the less interesting aspects of the game: they aren't exactly bad, but they aren't noteworthy and look just average. I mean, it's a surreal game about a dream, so expect rooms and corridors that do not have many details (often all interactions are reserved to the only things you need to use/examine... not always but yes, often!) nor they look realistic (huge empty rooms, with just one entry and one exit. Meh). But uhm, ok this is not a game about a realistic world, in any case also the school (that IS the real world) looks pretty average and quite small (probably because it plays a little part on the story, but it could have been larger, with more students and many inaccessible parts, so to make it look more... school-like!).
Uhm, that's my idea, so if you look at the average maps do NOT stop there but TRY yourself the game. because despite its average look, it's very good, original and interesting. But more on this in the final verdict! 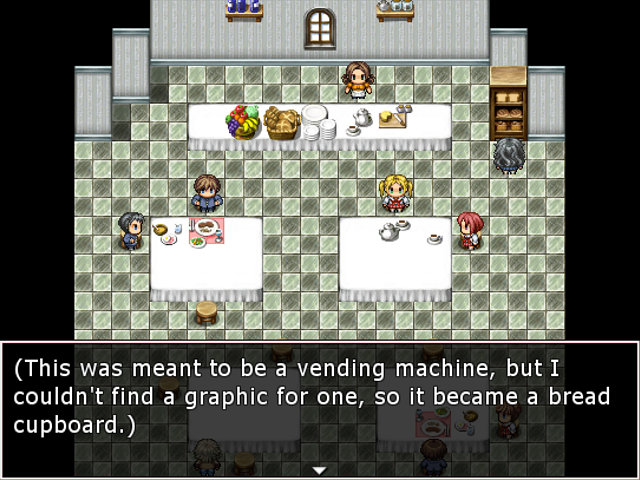 The Final Verdict
A̶l̶i̶c̶e̶ ̶i̶n̶ ̶W̶o̶n̶d̶e̶r̶l̶a̶n̶d̶
A̶n̶g̶e̶l̶a̶ ̶i̶n̶ ̶D̶r̶e̶a̶m̶l̶a̶n̶d̶
Ehm... Joseph's Farm is a weird little game where substance is a lot more than the appearance. Really, this is a game that reserve many surprises while at the same time it's still a short adventure that won't require a lot (both of time and effort) to complete. But does this game entertain? I think so, it's fun and includes different challenges, it's also not predictable or bugged anywhere, and if it's some parts where it could be improved, well these are only two:
Drum roll....... : 1) Maps (and RTPs) and 2) Ending.

If you can tolerate those two little minor problems (well the ending is... at the end, after you already played the full game, so probably it's not a great issue or detriment of your enjoyment!) you can have fun with this game. And if you like the genre you will, I am pretty sure! Average execution of many great ideas!