0 reviews
Revenant Gods sets in the world based on Norse mythology. You are Rain Eisenhardt, a boy living with his sister who is destined to be entangled with the turmoil between the three great nations of the world. Caught between the worldly conflict between the bickering cataclysmic rising of the world-eater, Nidhoggr, where would Rain and his unlikely allies stand?

Follow him to the end of the end of the world, Ragnarok as he cuts through the enemies in this fast-paced adventure! Experience the world through 4 acts of story and see how it changes throughout the story. Battle the enemies at breakneck speed, combo your actions together to gain bonus and eliminate your foes with powerful Aeon Attack!

Character Customization
Customize characters to your own heart's content, tune their stats, special bonuses as well as their weapon's abilities and level of your attack move!
• Rune & Perks
• Forge (Upgrade and Enchant Weapon)
• Artes Mastery

Sub Quest and Trials
Enjoy many subquests on your journey to save the world and undertake dangerous monster hunting contracts for a fabulous reward!


P.S. Music in this Video is a placeholder from Rockman Zero 4.
Game Logo

Artwork Cover for Arc I 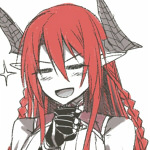 Close
04/13/2016 03:15 PM
Generally, I don't like these kinds of games. This though? This here just looks amazing. The mapping and athmosphere just look too nice. I'm hyped!
WheelmanZero

I do find it kind of ironic that their plan to destroy the world-eater, Nidhoggr is called 'Operation Jormungand'. You know, considering its namesake is the World Serpent who is long enough to form a ring around the world and that the world would end if he ever let go of his tail from his mouth. I'm not saying I dislike the idea. I just find it amusing that it takes a more powerful world-ender to defeat a world-ender.

So will the main character get possessed by the squirrel archenemy of Nighoggr and gain a badass alter ego?

Ratatosk, Fenrir, Loki, Vidar, Fafnir, Freyja, Hel(a)... so many mythological-based names. Hmm, according to the myth, Vidar kills Fenrir. Also, Fafnir is killed by Sigurd who was using the sword... Gram. Which Rain (Fenrir) uses in this game. It's amusing to note even if the characters in this game don't play the roles of their namesakes.

Kusanagi No Tsurugi? What's one of the Imperial Regalia of Japan doing in a Norse setting? Well, I suppose it's due to the fact that it's serpent-related considering Susanoo found the blade in the body of Orochi. I can see it now! After defeating Nidhogg, the bigger and badder Ananta Shesha will rise to lay waste to the world! Just kidding. At least, I hope that doesn't happen...

EDIT : Luzi has a youtube channel, if you'r einterested to see some "gameplay" :)
https://www.youtube.com/channel/UCflo8xNJgK4uODyXdv0izsQ
Joewoof
26 I've been waiting for this!
AlanS77 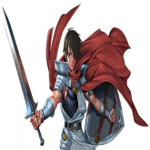 Close
04/16/2016 01:54 PM
Just looking at the characters is enough to make me want to play this game - hopefully you'll be releasing a demo soon !!
Skie Fortress

Close
04/17/2016 04:32 PM
I've been following this ever since it was called Crisis Meteor. Seeing it improve so much over the years is kind of a treat.
kualvieazulky
0

Revenant Gods will not going to be Commercial game. :D
Metheus
0