0 reviews
Heroes of Shaola is a role-playing game that blends epic fantasy and medieval realism, set in a corrupted world where moral ambiguity reigns. Shattering the line between good and evil, the game emphasizes story and characters, while incorporating an enjoyable and user-friendly gameplay system.

In a time of chaos and corruptions, mighty forces clash behind the scenes in a struggle for power and influence. A young paladin is trying to survive in a dark world filled with compelling actions, drama and political incorrectness, while opposing factions are trying their best to outwit each other.

Zenman Empire is the largest nation in the world. It is located in the central region and surrounded by the bloodthirsty Martia Kingdom (formerly the Martia Tribes) in the north, the deceptively powerful Amazail Kingdom in the south, and the unpredictable House Lagidis in the west.

Each year, the vassal factions must pay a tribute with gifts, weapons, women, and gold to the Zenman.

Its capital city, Zalumi, has been protected by the four most powerful noble families. Those four families are the Sutherlands, the Pantelakos, the Totens, and the Rileys.

One morning, Leonardo, the only child of the Sutherlands, was nowhere to be found. His mysterious disappearance shocked the nation.

Meanwhile, in the north, Martia Kingdom has been staring at Zalumi for years. The Amazailian are also lurking around from the south.

Both are growing tired of being a vassal nation. They are tiring of paying tributes to the Zenman Empire.

They have been watching Zalumi like a hawk, waiting for a chance to take action.

Sources from the Iron Eagle, the mysterious organization from Zuda Kingdom, revealed that Martia and Amazail have been trying to form an alliance.

The once great Zenman Empire is suddenly facing two big threats from the north and south.

• Final Fantasy-like battle system, but with visible enemies. No random encounters or invisible monsters. Bandits and aggressive beasts will approach you. Less aggressive opponents will leave you alone, unless you initiate the attack.

• Grinding is unnecessary. All you need to do to win is be careful with each decision, look out for quests and hidden secrets, manage your money (buy/sell) wisely, and use your skills, items, and potions carefully.

• The plots and dialogues are managed carefully in order to bring each character to life.

• No Game Over. We all know how much time we spent dying on games and it's the most frustrating thing in the world.

• Multiple endings based on many variables, including dialogue choices and subtle triggers.

*This is a full game that does not require having played any other game in the series.

Hey everyone, it's been a long 2020! I thought now would be a good time for a development update since it's a brand new year and it's been awhile.

We all know 2020 was a tough year. We were hit with setbacks and development was stalled, but it's a brand new year and we're coming back in full force!

We're currently working on Mysteries of Shaola: The Cave. It is a new chronicle of Shaola where you become Ice of Zuda Kingdom, the legendary investigator, one of the Magnificent Five. You fight through Kazen Kingdom and uncover the truth of the mysterious cave, discover dirty secrets, add to your legend, and ultimately confront the "evil" force. This role-playing game blends the genres of fantasy and mystery.

I have really enjoyed testing the game so far, and if you enjoyed Heroes of Shaola for the characters and story, you'll definitely enjoy this one as well.

Also, as I'm making trailers for the new game, I made two for Heroes of Shaola as well. I hope you enjoy watching them.

author=Fanatik007
when demo will be available? 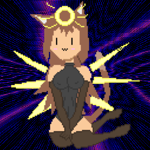 Though I'm not sure about the whole "Realistic Body Pats" thing. My senses tell me that there will be blood. A lot of Blood...
SmilingDragonRPGStudio
442

Though I'm not sure about the whole "Realistic Body Pats" thing. My senses tell me that there will be blood. A lot of Blood...

Close
05/06/2016 12:41 PM
I like strong emotions being show in a game. It shows good writing for the dev's part. I don't like when you add a lot of blood, gore and jump scares to a game that isn't a horror game. The jumpscare in Pokemon Platinum when...

Show
Giratina's shadow makes a disturbing sound and it takes up the whole screen in darkness. Then the game crashes and when you go back in the game your'e in Pokemon Hell. (Distortion World)


I never expected that. It's a Pokemon game for crying out loud! It's rated E!


Just please tell me already if there will be blood/gore. That will be appreciated.
SmilingDragonRPGStudio
442

Close
05/06/2016 04:04 PM
I don't really like horror elements in a fantasy theme. Having said that, all games in the Shaola series will have deadly fights, crazy battles and bloody wars, as well as people trying to outsmart each other, factions trying to outwit each other, betrayal and backstabbing etc. Think of Game of Thrones.

It's not a visual thing, rather a plot thing. We'll think about implement some "shock" elements to the games, but probably not those scary horror Halloween things, lol.
KrimsonKatt

Good! No blood! I'm perfectly fine with an intense story with twists and turns. Just no visual blood/gore. I've seen many RPG games having jump scares for no apparent reason. Why u do this. Why u do. >,<
KrimsonKatt

Close
05/06/2016 05:04 PM
Oh crap. I just saw the commercial sign on this page. Sorry, but I don't do "pay to play" RM games. They are usually overpriced compared to the quality of said game. I WOULD play it if there was a free demo. Cause I'm not paying real money for a demo. So bye.
SmilingDragonRPGStudio
442

Close
05/06/2016 07:17 PM
Of course Demo supposed to be free. You can download it with the Download button on the top right corner of the page.
JosephSeraph

Close
05/06/2016 07:33 PM
Wow dragonspirit99 welp.
you're projecting a lot of things in this game.
Just wait and see what the dev makes! Besides, grit is different from gore.
Also please don't assume all commercial RM games are garbage and overpriced, even if a big portion of them are. Just enjoy the free demo and purchase it -- or not -- if you like it -- or not!
KrimsonKatt

1. I've seen many non-commercial games that look better then this.

2. Most of the screenshots look to bland and squared. That's a shame because the graphic style looks promising.

3. Your feature list should be a little more detailed. Like how is your party system more realistic and some examples of your mini games.

Now, I did like the descriptions of the story, characters and the world. I don't mean to sound mean, but I'd expect better of a presentation and quality for a game you expect people to pay for.
SmilingDragonRPGStudio
442

Close
05/11/2016 02:21 AM
No I don't think you're being mean. I appreciated the blatant straightforward opinions, like Firefly in our free project here: https://rpgmaker.net/games/8437/

The things is as far as RPG Maker games, non-commercial games should have a huge advantage over the commercial games, because they have an unlimited resources and supports from the community. Personally I have done a lot of non-commercial projects before, both as individual and as a team.

I would said all non-commercial games that nominated for Misao Awards at this site are far better than many $20 RPG Maker games on Steam. You can go to Steam and check out the tag "RPG Makers" and look at some games.
SmilingDragonRPGStudio
442

Basically the default party system for RMVXA games is not that logical. In real life, if you bring 18 guys with you and then seeing deadly enemies, why would you just pick out 4 or 5 guys to fight?

So basically we have a Recruitment/Inn system. Just like real life, when you recruit some one, that person will stays some where. When you travel, you choose your team at the Inn (or any appropriate place) and bring them with you. Whoever you bring is the one that you'll fight with.
SmilingDragonRPGStudio
442

Close
05/11/2016 03:03 AM
About the presentation flaws, yeah this is not our thing. Right now I just want to put some concepts and the Tech Demo in the RPG Maker community to get some feedback and constructive criticisms.

When the project is closer to the finish line, things will get real. We'll have to either hire a team of professionals to do PR/Marketing/Press/Distributions etc.

I was looking at a site the other day, it cost $724, yikes. If our funding failed, we would have to team up with some publishers. They will publish the game and do their things, we do ours and focus 100% on completing the games. We've done some research and is looking at 5 indie friendly publishers right now.

You can take a look at the presentation of Heroes of Shaola at Softpedia: http://games.softpedia.com/get/Games-Demo/Heroes-of-Shaola.shtml

That's how a presentation should be done. I did my best but that's why they are professional editors.
Linkis

Hope this comment helps you to improve your game and make a lot gold in the game making market :)
SmilingDragonRPGStudio
442

Obviously, we'll get a publisher or a professional to help us clean up the grammar. None of us are native English writer.

I'm surprise with the spelling thing, though. I'm the one who works with the engine and I'm very carefully with each word. I used Word and a bunch of grammar programs to check the text. This is one of the main reasons why it took so long. Obviously software can't proof read like human could, but they should caught all misspell words.

author=Linkis
First, let me admit that English class was my worst class in school :)

Hope this comment helps you to improve your game and make a lot gold in the game making market :)

Close
07/13/2016 12:23 PM
I'd say this game needs some re balancing, those Mushroom enemies in particular are damn near impossible to get past in the battle with 6 of them, they use Sleep Pollen wayyyyyyy too often. I lost to the Orcs a lot and wound up with Leonardo being Level 18 by the time of the 6 Mushroom battle, I can hardly even get a single turn in before they sleep and poison me to death. Put Sleep Pollen on a Priority of 3 and Posion Breath on 4 and leave attack at 5, that should fix the problem.
SmilingDragonRPGStudio
442

author=RPGFan28
Put Sleep Pollen on a Priority of 3 and Posion Breath on 4 and leave attack at 5, that should fix the problem.

Thanks for your suggestion. I think this is a very good idea. I'll try it and test it out.

In the next version (0.1.5 or 0.1.6) we'll divide the Haunted Mushroom into 5 different kinds with each kind specialized in one (or a few) things. The balance should be better.
Fanatik007
0