The story of my woes and frustrations in creating this game

While I doubt highly that people are going to care about the development process of a game as basic as this, I felt like lending some insight as to how this all came about, and maybe you'll get something out of it?

So after slogging away on making assets for Pokemon RMN Version, figuring out just what I want to do with an upcoming RMMV game of mine, and now putting on an SMBX level design contest, I really started to get burned out and deprived of game making. All of the "short" projects with RPG Maker I planned for wound up becoming big projects, and after binging on some Extra Credits vids, I seriously started to become concerned about the rate I release playable games. As a result, I chose to forgo my pride and ambition to make something ludicrously easy to program, in an engine that isn't RPG Maker, and very likely to be unimpressive. After all, being a creative, I need to fail faster, don't I? 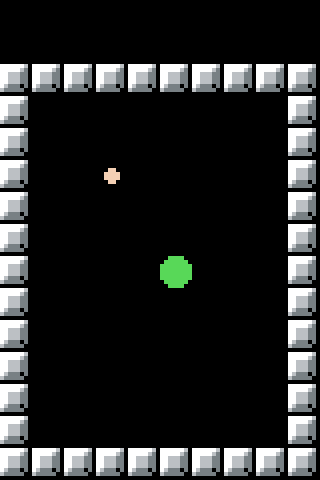 So my initial idea was to make a clone of Snake because that was easy to do, right? Upon setting up a prototype, it turns out the game is a bit more complicated than I thought it would be, and even downloading an example game of this didn't really help my understanding. Snake apparently has tile-based movement, but I wanted smooth movement, and yeah I pretty much gave up on the idea.

So, with all the assets I already had, what kind of game would I make that is easier than Snake? That's when it hit me to make a Breakout clone; the proto-graphic for the food the snake eats became the ball, and the border is still used, with the other graphics built off of them.

I whipped up the most basic prototype of a ball bouncing on a player-controlled bat, thanks to the help of Stencyl's extensive library of coding resources, gave it a test play and... the game wouldn't run for some inexplicit reason. Even the Stencyl help board were like "welp" on the issue.

After all that trouble, I finally got a thing running that I could expand upon. Playtesting constantly, and adding new stuff to make the game less boring, from a ball that speeds up as it hits stuff to different types of blocks (the gold and silver blocks from Arkanoid are back with a vengeance!), all to get what you are going to see quite soon.

Best "fun" I had making this so far was settling on a collision box for the ball. It was originally square, but that didn't feel right, so I tried an octagon, that felt okay but flawed a bit, then I settled for a diamond, and that worked horribly, so I just went with the octagon. Later on I had a spawn event that didn't work intuitively, so the entire screen would spawn numerous balls, lagging out the game and causing me to pull my hair out, but after calming down I was able to find a simple solution to these nasty problems.

Another was a control feature for the bat itself, where it would rotate slightly to give players better control over the direction of the ball and relieve the infamous "breakout stall" that happens with these games. Unfortunately, that didn't work out as no matter what collision box I gave the ball, it would clip through the bat and fall off the field. I guess I could have changed the coding of the ball itself, but that's beyond my capabilities at this point.

To my surprise, implementing the game's title was THE EASIEST task in this entire development process. You just make a scene, create conditional statements regarding the player's input, take note of a cursor's position and bam, it works. I'm glad to know that something I originally feared of doing turned out to be much less of a headache compared to everything else. 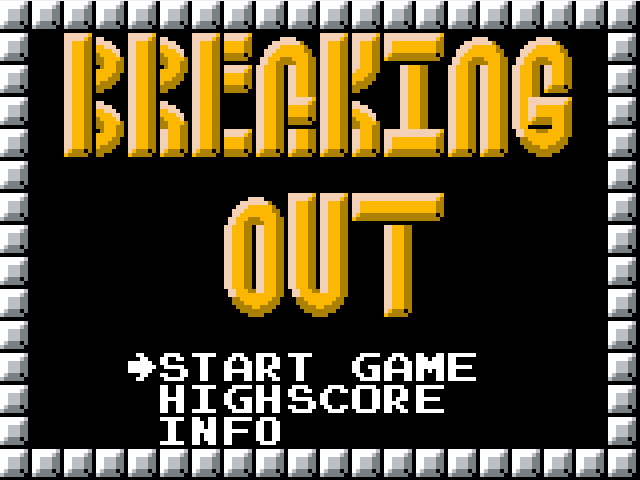 By posting on this site and on Twitter, I was able to get some feedback on this, and it finally started to head towards a direction when I got the mechanics nailed down. I created some dopey levels to create variation, and that was probably the most fun I had in developing this game so far. Once those were done, everything started to come into place.

So, if you didn't feel like reading, here is the sum of my crappy rant:
- This game wasn't originally intended to be a breakout clone, but it became one.
- Developing in anything that isn't RPG maker yields hell, but at least it's satisfying to overcome your problems.
- This game has already come a long way from it's beginnings in the 2-3 weeks of its development cycle.
- Things are looking up, kind of.

As far as progress is concerned, the main game is just about done, I just need to work on implementing some of its amenities, including its highscore table, and do some additional testing before I can give it the "Completed" stamp. I'm aiming to have this made either before or on Friday, so stay tuned!

BTW, you have a broken image.

I enjoy reading about these things, like you were going for a snake clone and had to change to a breakout clone and reused the assets, that's part of the story of this game and we can also draw parallelisms to other games well known games and how all devs go through similar situations like this.

Always feel "lost" when trying out a new engine, even with support there's still so much you don't know and issues pop up all the time and are hell to solve...

Looking forward to the game.
AubreyTheBard

So my initial idea was to make a clone of Snake because that was easy to do, right?

Yeah, after doing a few of the tutorial projects in Unity, I decided to try making a Bomberman clone, because that would be fairly simple, right? I could knock it out in a weekend if I was focused and lucky.

So my initial idea was to make a clone of Snake because that was easy to do, right?

Yeah, after doing a few of the tutorial projects in Unity, I decided to try making a Bomberman clone, because that would be fairly simple, right? I could knock it out in a weekend if I was focused and lucky.


Yup. Just because a game has simple gameplay doesn't mean it's easy to program, as I keep constantly learning.
Pages: 1