I've learned to hate the gimmick/puzzle battle, which is strange considering this game is essentially entirely gimmick battles.

So recently I've been playing Faeria, a card/board game mix that looks like this:
Show 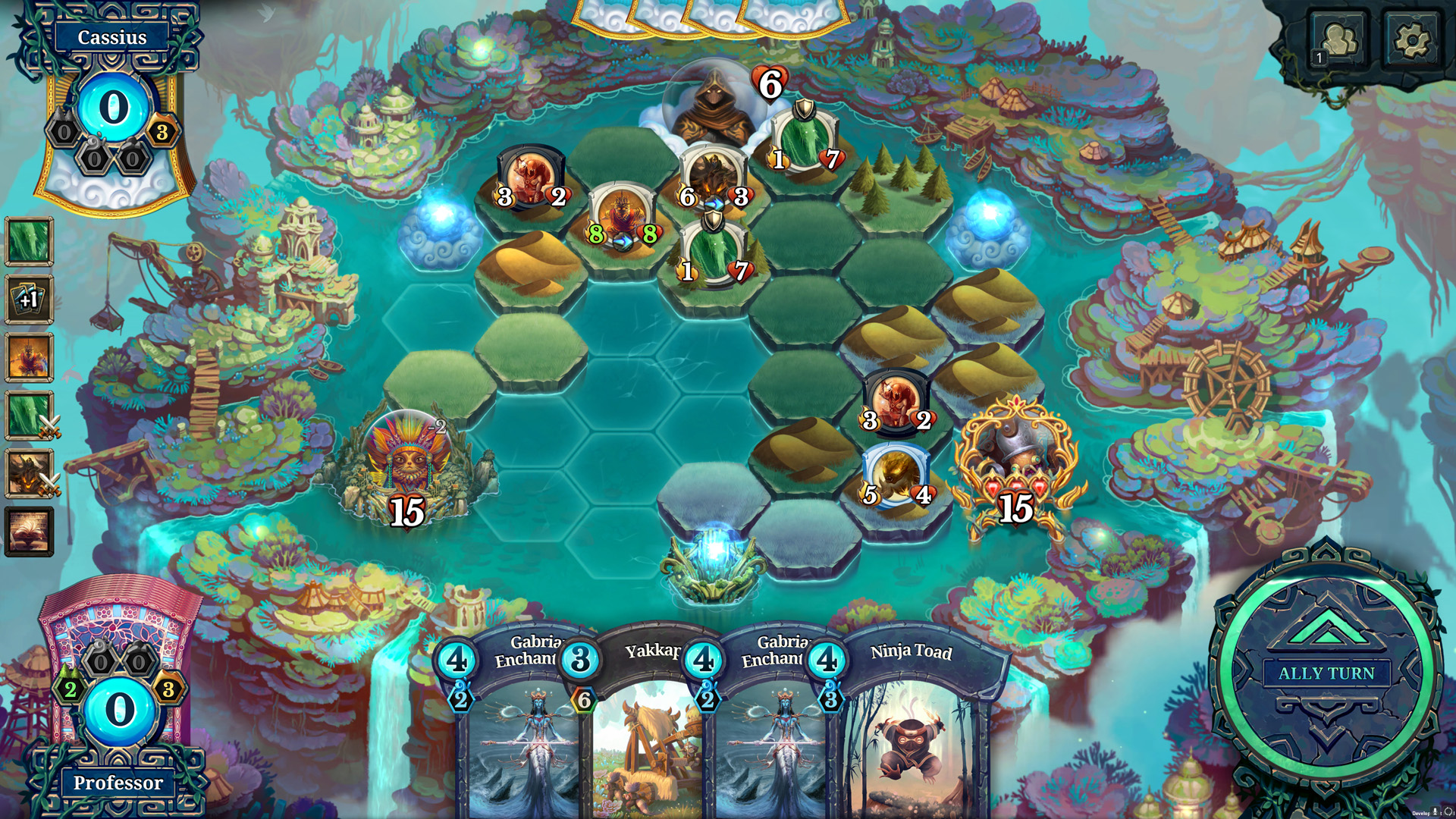 I've been playing through the single player missions which start simple, but eventually introduce a battle specific gimmick that you have to build your deck around. For example, one mission greatly buffs high cost creatures while another benefits spamming low cost minions.

It's clever and well implemented, but I hate it.
It's just not what I want out of the game.

I want to build a deck and slowly tweak and fine tune it as I collect new cards. Then I want to take my optimized deck and dominate the field. In Faeria, you take your deck, get destroyed by the battle's special gimmick, then build a one-off 30 card counter deck, and repeat for the next battle.

Now the worrying part is that Notes From Province works the same way. While playing, you collect accessories (similar to cards) and build a "deck" by filling the character's limited equipment slots. Each battle introduces a new gimmick that the player must counter.

Striking the balance between encouraging interesting build craft and turning each battle into a chore is difficult to find. I want to outline a few Notes From Province design principles that will hopefully make an enjoyable game.

Every battle can be beaten on the first attempt
This has been a core design principle since the start. Each character can change equipment once per battle, giving players a chance to scope out the enemy threat and make adjustments without having to die and restart. Additionally, party members can be swapped mid-battle.

Most battles can be beaten with the same "deck"
Encounters make the players adapt and use the tools they have in new ways, rather than forcing the players to bring a new toolset.

Multiple solutions to puzzle battles
A battle won't revolve around a single item or character. A battle may require something specific, like heavy poison removal, but there will be multiple ways to achieve it.

It's okay to have a normal battle
Sometimes players just want to beat monsters without thinking. It also gives a good chance to focus on learning the character's skills.

Save the puzzles for the Coliseum
In the Coliseum, there's a feature called "Challenge Battles" which have the specific purpose of creating encounters that players have to go out of their way to figure out. It's a place for this type of gameplay that doesn't block progression.

Close
04/06/2020 05:13 AM
I'm on board for all that, sounds like it's gonna be a blast. I think this is the first time I had ever heard about the Colosseum. I do love me a good Colosseum.
Ramshackin

Close
04/07/2020 09:32 PM
The Coliseum in this game is key. It's where you play the tower defense minigame that's actually better than the main game.
WheelmanZero

author=Ramshackin
It's where you play the tower defense minigame that's actually better than the main game.

I'm not sure if that's reassuring or concerning.
OzzyTheOne

author=Ramshackin
It's where you play the tower defense minigame that's actually better than the main game.

I'm not sure if that's reassuring or concerning.

This sounds like a good thing, what are you worrying about? xD
Pages: 1