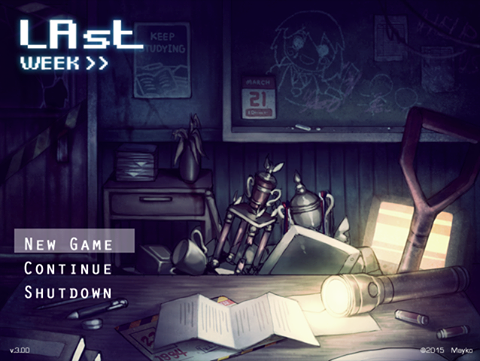 Last Week is a horror game originally made in Thailand, now translated to English with the help of a few dedicated fans. Now, I wonder how the indie game scene must be in Thailand? But anyway, this is definitely an unusual game that is worth a look.

The story is about a mysterious school where many strange things have been happening, more specifically, every year that ends with a 7, a student disappears. The last time this happened, the student that disappeared suddenly came back, and after that, a massacre happened at the school. Now you play as Napa, a girl that feels as if the school is calling her. She decides to explore this abandoned place, which thanks to the graphics, looks great and adds to the creepy atmosphere, they really add a lot of style to the game, the only problem would be a few maps that look so... boring and empty, and sometimes is hard to differentiate between them. 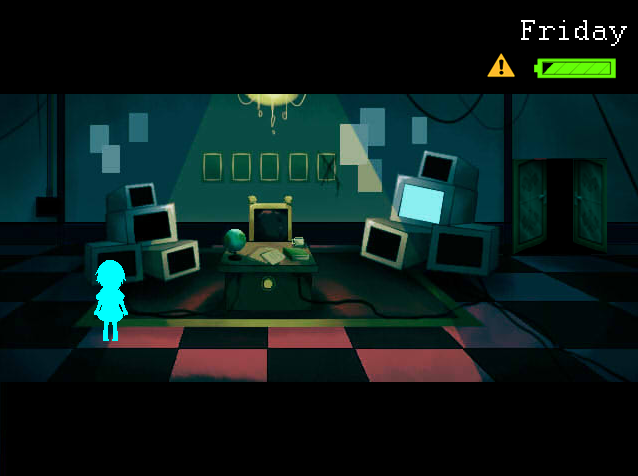 The gameplay, however, is… annoying to say the least, it’s the classic “go explore everywhere, not really knowing what to do”, this in some cases would kinda work, but here, the problem gets worse as two things don’t let you explore so freely. First, there are a hunger and a battery mechanic, the hunger gradually goes down as you play the game, but it can be replenished by eating food. The battery is required to use your flashlight, and thankfully, you can find batteries around the school and even some chargers that allow you to refill it for free. So it’s not a big issue, the hunger though, more than adding depth to the game it feels like a chore.

The second big problem that really hurts the game is the random deaths and jumpscares. You will get tired of these, and you will find them all the time, I hope you save often because anything can kill you here: a hole in the floor? (I think it is a hole.) Touch it and SPLAT, game over, even if you just wanted to see what it was. A ladder going down? Touch it and yup, another game over. There are also ghosts around some rooms but you can never know if you can talk to them or if they will give you a jump scare and a game over. These are really annoying and makes you not want to explore as anything can kill you in this game. 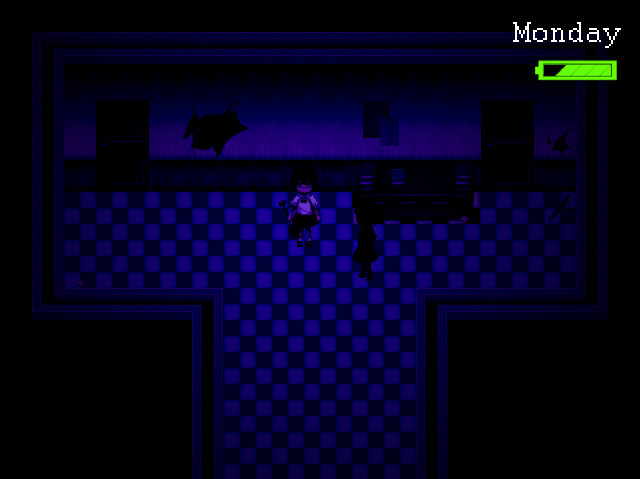 Another problem is that it feels unpolished, as there are many “invisible walls”, parts where you can’t walk over them for absolutely any reason, plus a few other passability problems where you can walk over the tables. I think the invisible walls are there thanks to the ghosts, because in an area (I think it was a pool.) I interacted with a ghost when I had the flashlight on, and after she finished talking, she disappeared. The problem was that I couldn’t walk over the space she was occupying, if you do this in a certain spot, this actually can get you stuck with no way to escape other than reloading the game. 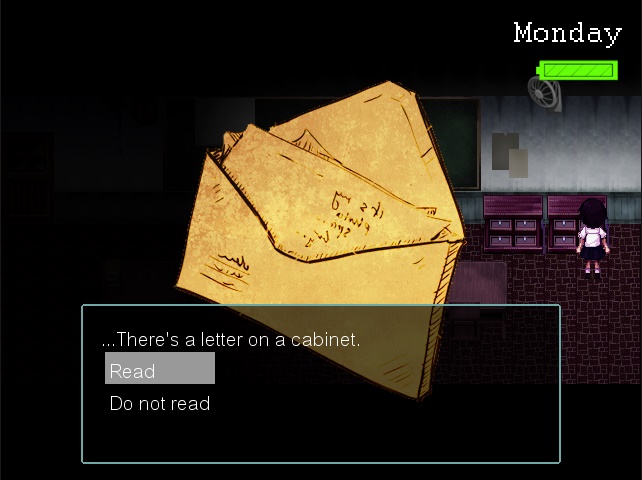 Lastly, there’s the problem in that the game really doesn’t tell you what you can do. I got stuck for a while and after pressing random keys to see if any of them did anything, I discovered I can run with D and use the shovel to attack with S. I knew that S and D (and other keys too) are usually reserved for “special” commands in RPG Maker games, but some players may not know this, and even then, the keys are somewhat buggy and don’t work all the time. I also found keys named “Shop 01” and “Key 124”, and well… How I’m supposed to know where I should use these?. There aren’t any indicators that tell you what rooms are each one, so you just go examining every door to see if it works with any of them.

I genuinely wanted to enjoy the game, the graphics and story look pretty nice, but these minor problems add up and kinda ruin the experience. You really need a walkthrough to play this game properly. I don’t want to give it a low score just because of that, but I think a 2.5 is reasonable.