The young witch Charlotte (when she was even younger) went to a tea party with her grandmother Marilyn. There she met all the other witches in the world for the first time. However, the party was not going on very well...Would Charlotte enjoy herself and make some new friends, or would the tea party be a real mass?

There will be a prologue (which is playable in the demo) and 4 chapters. It's the prequal of Trick & Treat. You'll find more about Charlotte and her friends. 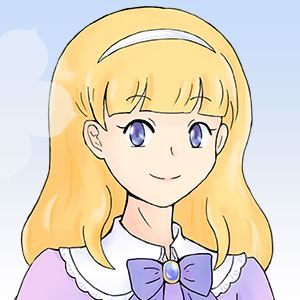 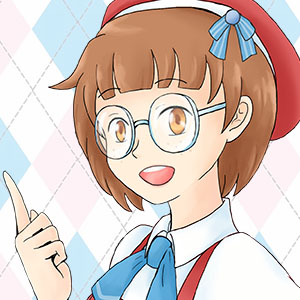 Vanessa
A gentle and kind-hearted girl. An (obscure) artist.
The first friend of Charlotte. 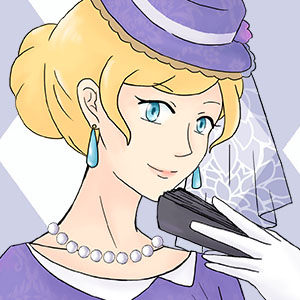 Marilyn
Charlotte's grandmother. Maybe it's a little strange of a witch to get properly married and enjoy her family life.
Cheerful and loves playing tricks. 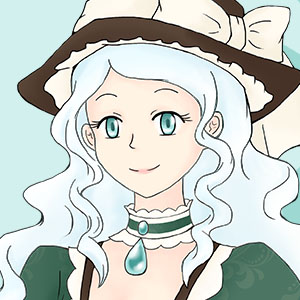 The party holder, who invited everyone. Is it really a good idea to gather all the witches under one roof...?
A very beautiful and mature lady, but don't make her angry. She is about the same age of Marilyn and they have been friends for ages. 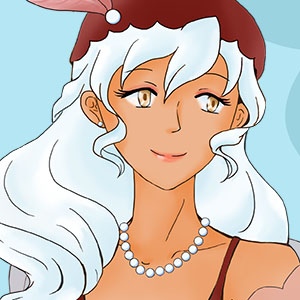 It seemed that nobody knew her before the tea party...Why was she there?
She is a very nice and polite guest. Loves to add a spicy taste to sweets. 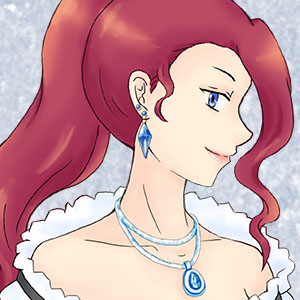 She was born in a village covered with snow.
Gets angry very easily, and her attack is powerful.
Human-hater. 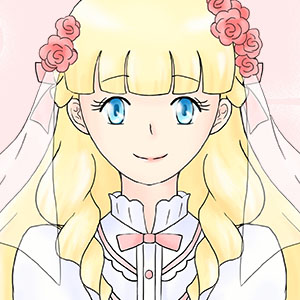 A sweetheart. VERY SHY. And she collects wedding dresses. 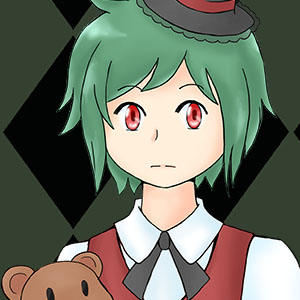 She plays puppet shows with her dolls and teddy bears. 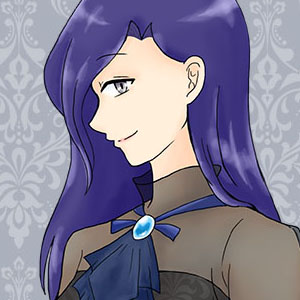 A silent witch. She loves music, and has some fans among the girls.

Greetings!
There is a new Demo available for The Witches' Tea Party!

The languages suppoted in the demo are:
English, Chinese, Thai, Spanish and Japanese.

To change the language, select "Option" in the title screen or menu, then choose "language" using Left and Right keys.

I really should have release this earlier...Anyway, here it is!
A new demo is also updated for the new-released RPG, The Other: Airi's Adventure.


Steam Store:
The Witches' Tea Party | The Other: Airi's Adventure 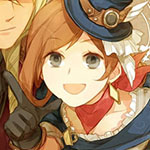 author=poopoose
I'm looking forward when this game comes out! XD
Are they all female? as the characters section says...


Yes, the witches (main characters) are all female. I don't think any male character will be in the game... And I don't know how players think of it ><
Ghaleon777

author=Ghaleon777
This looks sweet. Btw, are you a girl?

Close
06/08/2016 08:54 PM
Girly girl game about witches? I'm on in! Subscribed!
And your graphics looks really adorable and great.
Dragnfly

-Absolutely beautiful tiling. It's a mix of very practical and quirky.
-Yay for getting to see the other witches in colour.
-"How do you think of this place" sounds kinda strange.
-I've always said that some of the best stories are stories about people. "You'll meet nine witches, and find out their secrets." has my hopes up.
Ghaleon777

Close
06/18/2016 08:32 PM
I am sooo exited to play this!
I've played many rpg maker games over the years, and I have to say trick & treat was one of my favourites and am exited for a new game made by you with Charlotte as the main protagonist!
DarkRose

Some had it in the beginning, but the game works fine on my pc. I guess (hope) it's only an MV glitch??? (Mine is Windows10 btw, MV does have some weird problems on Windows7, usually they'll be gone when restart...)

Let me know if there's any problem!
Malandy
209

Show
The Lemon Tree One!

I guess I didn't explore that area that well the first time! Ha!

So... Is "Witches Tea Party" not a typo? 'Cause otherwise, I think it would be "Witches' Tea Party" as in a Tea Party for Witches. ... Unless RMN can't display punctuation or something?

Close
12/30/2016 05:27 PM
I finished playing the demo just now and I really loved it! Like in "Trick & Treat" the graphics are sooo cute and the characters sooo interesting! I hope the full version will be out soon! I really look forward for it! >u<
Dragnfly

author=RaBooks
I hope people can see this:
Did anyone have the problem "Uncought Error: Header is wrong"???

Not here. Windows 10 though.

copy/paste my notes from playing. Both impressions and concerns mixed in.

-A few typos here and there and some of the lines just have strange English but nothing rage-inducing. If you want I'll do a sweep for typos and make you a list later if nobody else does. I'm just not going to have time today because PARTY!

-I was going to say there's a typo in the intro's 2nd block of text but Grammarly says it's ok. *shrugs* cool.

-Oh, collectables! *predicts that his review of the finished game will be called "MWUHAHAHA I must get ALL THE PAINTING PIECES!"

-After you fix the lamp, it still says it's a broken lamp despite that it's not lit up.

-Decorating your room with themes will be fun. C'mon Charlotte, disco night club! You know you wanna! despite it being completely out of character...

-On the 2nd floor of Vanessa's room, you can walk to the right from the eye and onto the floor below. You can actually pass this space both ways.

- http://i.imgur.com/GILmfL9.png LOL. One of RM's most common problems.

-Wow. Chandeliers done right. I'll be honest, I was expecting problems with them.

-I love that you can just outright deny Mari's side quest. LOL

-I love that you accounted for us making the tomato juice but not giving it to Mari. I gave her a tomato instead, hoping that Charlotte would threaten to just throw it at her.

-WOW, that ending. LOL, that epilogue.

-Bonus room makes me so hyped for the full game!

The characters have their charm but the mansion itself has a lot of charm too. There's a very nice aesthetic that stays even in the menu and other system parts. This was a good demo.
AnimeGirl

I got the "Uncought Error: Header is wrong"???" too when I did talk to the grey
Cat in the Kitchen.

And I have the Problem that the game does not run smoothly. It jerks and hooks all the time.
Malandy
209

What words that need to be capitalized are you talking about?
AnimeGirl

Like, when Xaviera says "witches in this world" or "witches were nearing extinction" or "witch from the other day"? Why would that need capitalization? They're not proper nouns...

OMG. Maribell speaks about the cookies! ... Stephanie doesn't though. ... And that's the only time we see Stephanie...

Hmm... Does Renee speak in third-person 'cause its not Renee speaking, perhaps. Perhaps instead of being a puppeteer, she's a puppet... That would explain so much!
Pages: first 123 next last