Dev blog #9: Eyyy lmao, why is there so much dust here.

"Lmaooo bruh, what am I doing"

It's been a hot minute hasn't it? Is he dead? Is he sick? Nope, he's just not motivated and busy!

In all seriousness, I'm not sure how many people are still around, waiting for this, but I'd like to break down what happened with this project, give everyone a surprise and talk about the future. TL;DR at the bottom for you normal people.

Uhhhh. A lot. Well, a lot is meant to happen when it's been over 6 years, isn't it? I was 16 when I started working for the actual Lunar the last hope, 14 when I tried making my first Lunar fan game and I'm now 23, with less time than ever. Let's take a journey back in memory lane and go a bit more in detail as to what happened.

I kinda lucked out when I started working on the last hope. This isn't completely my original idea, though, I have been given explicit permission from the original creator to turn it into my own and do my thing. I honestly had no idea how to do anything. I had to learn it all... Literally. I turned from a boy with a dream to a full on artist and software writer. I've done both semi professionally and helped many people along the way, including the original creator with Suikoden: A new destiny. Lunar: The last hope has given me the motivation to overcome the bumpy road that is learning a skill. I have so many fond memories when looking at lunar that I can't really ever call it cancelled even if I can't work on it as much.

As for the actual development, it was rough because every 2 months, I'd learn how to do things better and have to rewrite code, story or redo art. I'd never really leave the beginning phase and that's kinda where the game currently stands still...


WHAT IS AN RPG MAKER?

Well I'll tell ya while hopefully not imploding the website's community. It's an evil piece of software! *GASP*. Well, yeah, for me it was. We have to understand that rpg maker is meant to do things really well and that lunar just isn't it. Yes, RPG maker is completely open source and you can write anything really, but that's not really true. There's some things that are hidden and can't be change. Besides, the editor is completely static. It's meant to work with a grid, so movement and collisions are... Yucky. I wasn't limited by it for a long time because my skill level was the limitation. But when it became the program, well... I made the decision to move over to Gamemaker Studio... Starting from scratch, and even more cause I didn't get rpg maker's goodies like events or saving.

To quote what a man said a few seconds ago: "It's an evil piece of software!". Although more permissive, the last attempt at Lunar ended in the project corrupting. It's probably my fault in all fairness... But I really wanted to call something else evil.

The development was going really well. I had movement, camera, stats and battle almost all complete. Best of all, it was exactly like lunar with the movement corrections and all. And then lunar it wasn't. It was a minefield of bugs and inconsistencies where copy pasted code would work in one project but no the main one. Fighting it for a week, I kinda did what had happened before and lost the motivation juice.


:(
I love lunar to bits. I didn't have much money and yet I'd spend it in getting art done or music even. I'd consider commissioning people to do things I couldn't myself. I really wanted it to work. I'd come back and play the 30 minute I have, fix a bug or two and shelf it for 6 months. Sometimes I get the hype to work on it again thinking about the story I wanted to tell and the beautiful world that motivated me to pick up RPG maker to begin with, but I'm met with a ton of bugs to fix and systems to rewrite, no matter what direction I go in. And with 1-2 days a week of free time to spare, it's easier to choose to relax with a video game than work on the bowl of spaghetti chef Jakoo cooked up 4 years ago.


GIVE ME THE GOODS!

Yes ok sure. I'll be releasing what I have of Lunar: The Last Hope on RPG Maker (as soon as I figure out the downloads page lmao).

For players, I hope that you find joy out of the small bit I have. I hope that it scratches that very specific Lunar itch and that you don't cringe too much from my non native english speaker writing. The game goes on until the first boss, and if you wanna look at more things well... don't tell no one, but if you hold the down arrow key after pressing the "new game" button, you might end somewhere special '>'.

For people like me who loved lunar and always wanted to give game making a go, I made a discord where I'm willing to share the goods. Scripts and graphics. If you wanna give making a Lunar game a go, I'll be glad to send you in the right direction. Though please note I can only do so much... https://discord.gg/3DMVDuxCaS

Now well, just know that Lunar never really dies. For one, it lives in our mushy brains. For The last hope, it'll never really be gone. I might forget about it for a while or slap a feature or two together on the Game maker version (that I'll have to fix pray for me boys). I'll be around, doing lunar stuff when I can. Don't hold your breath until then :^).

If you're reading this, I don't know how long you've been around waiting for this, or maybe this is the first you hear about Lunar, but thank you for stopping by. I hope that you have a great rest of your day. I love you :).

Close
09/20/2022 12:49 AM
Don't worry. These epic games of ours taking ~10 years to complete seems to be the norm, not the exception. Keep on chugging, and people will enjoy the retro-Lunar experience whenever it's damn well good and done (^^)b
Jakoo56 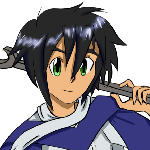 author=Dyhalto
Don't worry. These epic games of ours taking ~10 years to complete seems to be the norm, not the exception. Keep on chugging, and people will enjoy the retro-Lunar experience whenever it's damn well good and done (^^)b