My Favorite RPG Maker Game of All Time...

Before I get started, I’d like to point out that English isn’t my native language. Therefore, I’d like to apologize in advance for my English.

Feral Dreams is a longtime favorite of mine. It holds a special place in my heart. This game taught me a lot of things back in my fresh RM days and even to this day, despite it not being perfect, I still manage to get inspired by it. 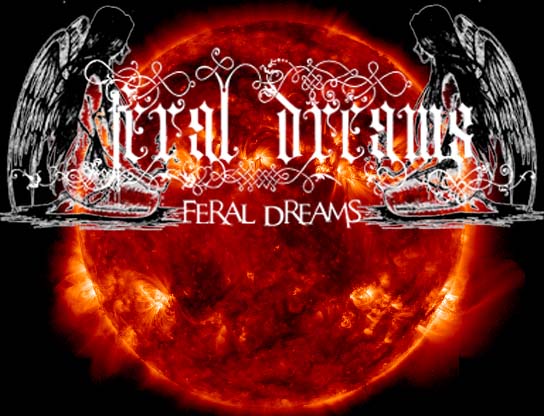 Story, Characters & Dialogue:
The story revolves around a teenage boy named Raiko. Having spent most of his years behind bars, Raiko dreams of freedom; he longs for the sunlight, even if it may burn. Thankfully, it doesn’t take long till his dreams actually come true. After escaping the prison, Raiko finds himself in a very confusing state, wondering about his purpose in life. On his journey for some answers, Raiko will gain both new friends and enemies. Things happen and later on, you end up with the main goal of saving the world from Praxis, who is basically this game’s Satan.

Yes, it is clichéd, but I find it simple enough to be enjoyable without twisting my head too much. In terms of tone, I think the game does a pretty good job at staying serious and cold without many, or more or less any lighthearted moments. Well, there’s this one line that I find pretty funny. 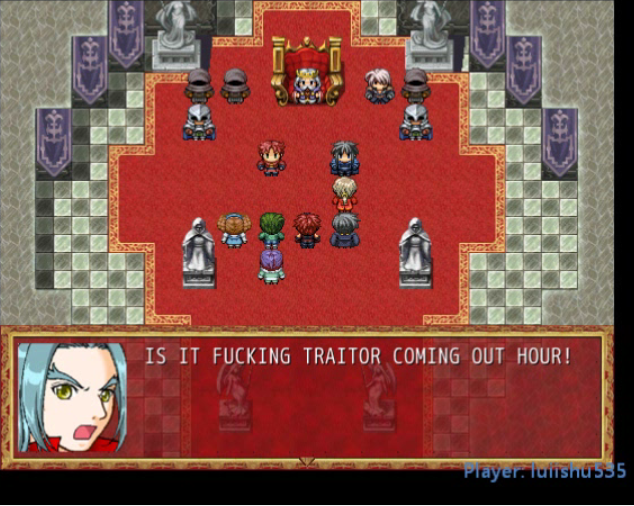 Yeah, I used to LP games some time ago...

I don’t have a lot to say about the characters since I found that most of them were pretty stale and always straight to the point. Yes, some of them moved the plot forward, but that was about it. Evil men do evil stuff because they’re evil.

I think this is a shame because there could’ve been SO MUCH MORE to the game. There’s not a whole lot of flavor to the world of Celestai and its characters.

The dialogue in the game is riddled with countless of grammatical errors and typos. I sometimes find it hard to believe that the game was written by a native English speaker. Kelarly also has a very soft spot for ellipses, which has more or less turned into a running gag in his games. I do believe that all of these…………dots……….are intended to add some sort of dramatic effect to the writing. Well, ellipses are generally okay, but please, don’t take it to the level of having so many dots that your game’s dialogue windows almost break! Keep it subtle and grammatical...keep your ellipses consistent, man!

NPC dialogue usually range from “Hi.” to “How are you?” Since most of the NPCs started to feel identical, I decided to stop talking to them altogether. A lot of NPCs you find later in the game have actually been copied and pasted from previous towns, which felt really lazy. This gave me the impression that Kelarly didn’t seem to care that much about his NPCs. If the game’s developer doesn’t even care, then why should I, as a player, care? 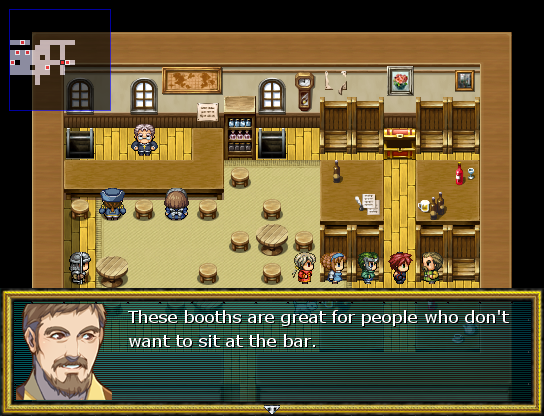 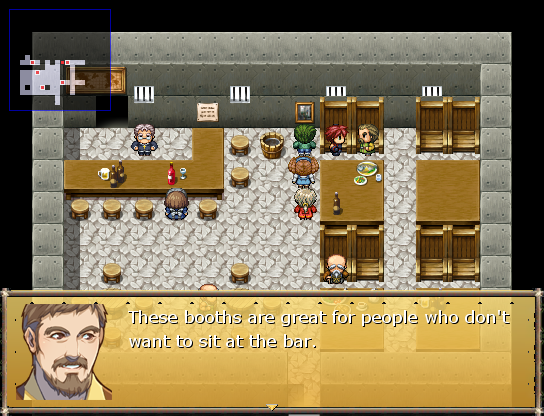 We’ve met before, haven’t we?

Gameplay:
I will divide this section into two sub-categories: Battles and Exploration.

Battles:
This is truly the meat of the game. For the most part, I think that the game is balanced pretty fairly, as long as you don’t get too over/under-leveled. The last battles became really hard though, in fact, they became so hard that I was forced to grind for a bit (my characters’ HP were too low to survive against some skills). I do prefer a decent challenge over a pointless a cakewalk, however. 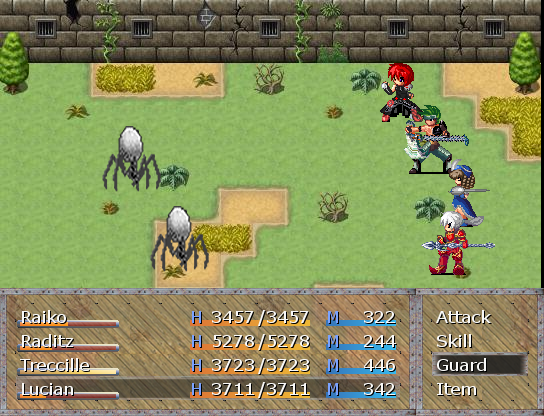 Something I partly enjoyed was the ability to steal items from enemies. While this is a great and fun idea, it's not without its glitches. If the skill is used, then it's guaranteed that the next attack from the player will be interrupted. It’s a shame that this wasn’t fixed for the release since it really is a fun little mechanic to play around with.

Another thing I also enjoyed was the abilities that let you reflect both physical and magical attacks by enemies. While it may sound like an overpowered ability, the fact that it became tougher to heal and buff your party members evened it out IMO. It’s not without its disadvantages, so to say.

Exploration:
There’s a lot of treasure around most nooks and crannies in this game and mind you, there’s all sorts of valuable items and gear that you can find from treasure chests (not just potions and antidotes). Besides treasure chests, you can also find Gold Coins, Gold Blocks and Piles of Gold. These can be sold for gold (yeah, you sell your gold for gold) or in some cases, used to forge powerful equipment.

Sadly, a lot of these Gold Coins can sometimes not be picked up, even if they’re in plain sight. There are also some treasure chests that are placed in areas that are impossible to reach. I really dig the mini-map though since I found it to be very helpful when I was hunting for treasure chests. 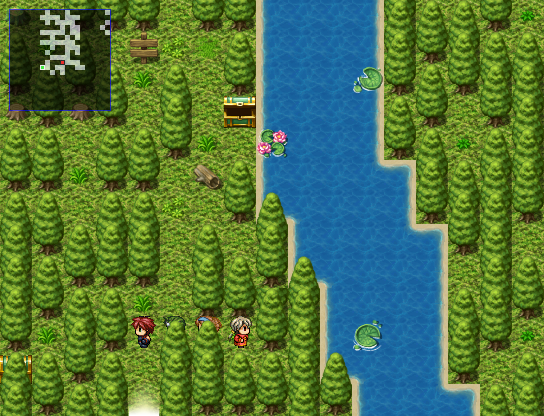 You can mock me as much as you like, treasure chest. I still know where you live. Also; hello, cut-off tree!

My main gripe of this game in terms of gameplay has to be the frequent random encounters. There’s usually an encounter every 5-10 steps on most maps, which makes traversing the huge areas a pain. There are so many treasure chests to open, but so little time. I got so sick of the frequent battles that I decided to escape from nearly all of them (the optional ones) after playing halfway through the game.

Graphics & Mapping:
Most of the graphics are RTP. I have no problem with these graphics, especially when they’ve been used with some decent competency. The city maps are probably my favorites in the game, especially Nivlanta’s. 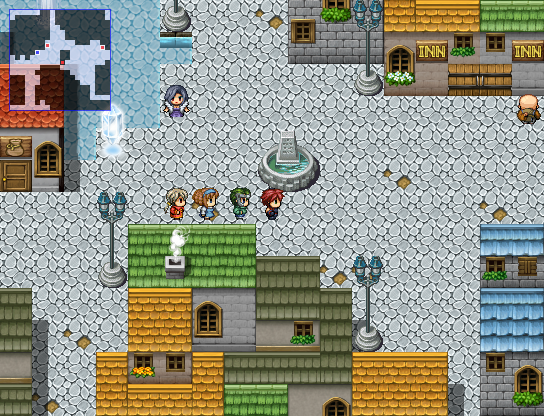 All battlers in the game are fully animated and they’re gorgeous. A few of them have some minor animation errors, but all in all, they’re very pleasant to look at.

The face graphics for the main cast look very neat, but they really stand out when they’re used together with the RTP faces. They really clash IMO, since the art styles are vastly different.

Music & Sound:
I LOVE the music in this game. Nothing is original, but at least what’s there has been used well.

Overall:
This is not a perfect game, but I wouldn’t call it bad either. It’s a mixed bag. Still, despite its issues, it’s still a classic that I think that everyone who enjoys RM games should try. 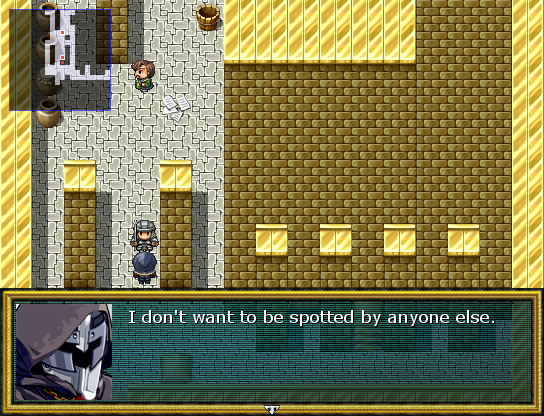