Held Back from Greatness

One Night at the Steeze is a quirky game inspired by the Mother series and Five Night's at Freddy's. It is a comedic game with a tone of horror, but generally uses the horror aspects purely aesthetically.

Story 2/5:
The premise of the game is that you like Pizza and are at a pizzeria/arcade combo. There really is not much story at all. You are the only customer in the pizzeria. The only other significant npc is a single employee that controls the shop and level up functions of the game. Because of this, there is no character development whatsoever. You are named "Kid" for the entire game and do not speak a single word to show any sort of personality. The only thing you can actively do is punch (more on that later). In the end you are given a yes or no question which decides what ending you get. With 2 optional bosses in the game, it is disappointing that nothing else in the game is tied to your ending.

Gameplay 3/5:
This is a typical RPG. Explore the map and fight things. Exploring the map is the better of the two in this game. While traversing the map you have the regular action command button and also an additional "punch" command. Both are amusing to use as they often give flavor text. 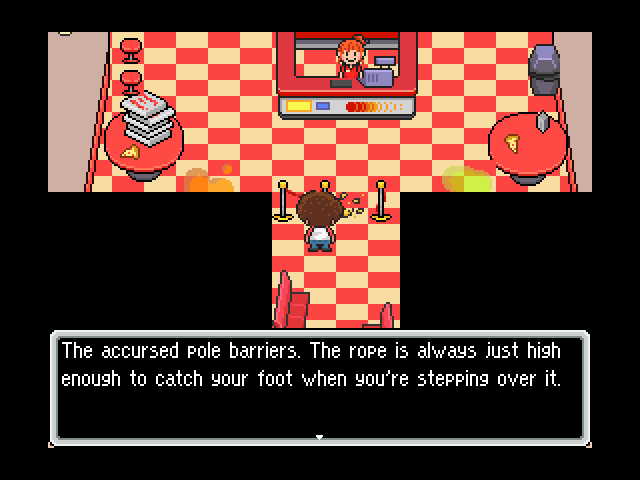 
Punching vending machines gives candy bars, punching people makes them angry, and punching grates and wet floor signs reveal paths. Unfortunately, the battles in this game are not as enjoyable as going around punching things.

Leveling up is done by either redeeming 10 pieces of trash collected from the floor or buy paying tokens, up to a maximum of level 5. Tokens are also double as your currency, and dying makes you drop all of your tokens. Each time you level up you get a skill to use on your enemies. The problem with this system is that it is not balanced well. Most enemies are optional, meaning that a player who thinks they have fought enough balloons will continue deeper and deeper into the pizzeria until they find a new enemy...and then they will die from being horribly under level. So you go back and grind some balloons and pick up some trash and you get yourself up to level 3. You return to righting that same enemy and...you kill it in a single hit. This is pretty much how combat is for the rest of the game. On top of that, things that don't die in one hit usually can't do enough damage to get through your armor. 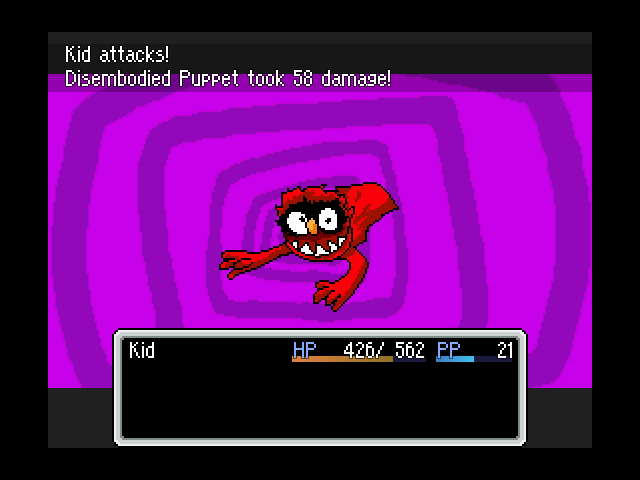 I'm very weak. On the bright side, I've learned that farting is a powerful weapon.


Atmosphere 3/5:
Despite being labeled as a horror game, this game really ditches the horror aspect to play up the comedy aspect. The flavor text scattered around on notes and objects lightens the mood considerably, as do the generally bright colors of the game. There are a few notes that tell some plot relevant details, but are outshined by the number of humorous descriptions. The first exposure to any sort of horror is this room: 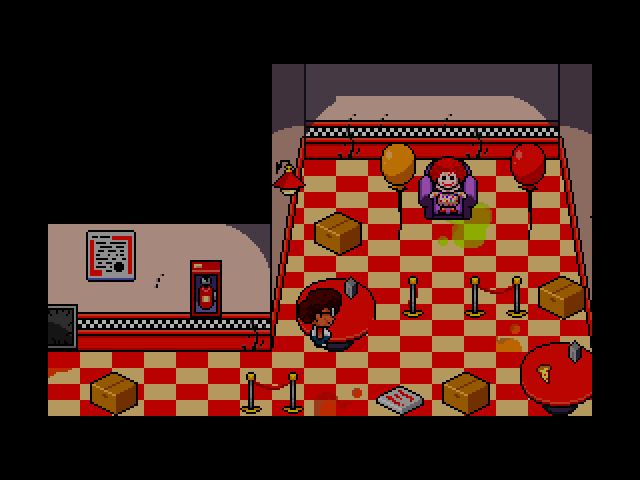 
The darkness does a good job of shifting the tone to the horror style, although it would benefit greatly by sound. Every horror scene in the game is soundless. There is no music at all. There are no ominous footsteps or screams or crackling noises. Nothing.

Graphics 3.5/5:
The graphics are the best part of this game. The game generally looks great and does an effective job of creating the atmosphere. Unfortunately, they are some jarring graphical mishaps that break the immersion of the game. One is present in the clown screenshot above. You can walk across the front of all tables in the game. Additionally: 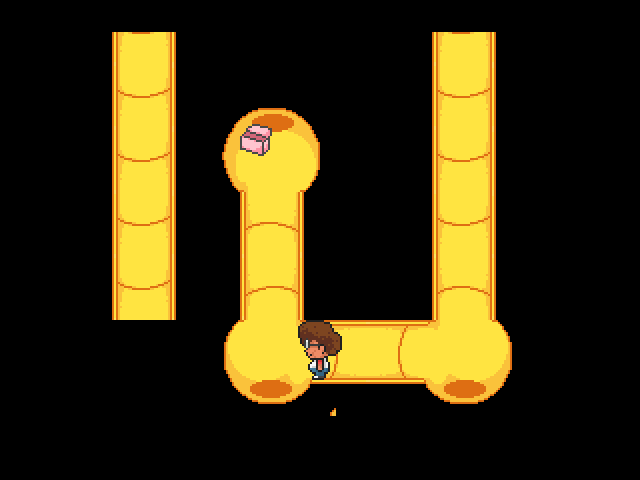 
These yellow corners are present all over this map. There is only one shown here to not spoil other horror aspects in the game, but there are many others. The Graphical errors really detract from the otherwise good mood of the game.

Overall 3/5:
This game is generally good, but is consistently held back in numerous areas. The graphical errors and poorly balanced combat are particularly jarring. With less errors this would definitely be in the 4-5 range. However, I did enjoy the game and would like to see another sometime!

I still don't understand what a "Steeze" is.