Let slip the dogs of war.

Story: It's a shmup! You play a genetically engineered soldier named Bravo, your soul purpose for existing, being to destroy, and to kill. Unfortunately, it turns out that you HAVE a soul, and so do all of your comrades: not something that the military particularly believes or even cares about. During training, the slightest deviation from orders, even honest mistakes, are punished by death. Bravo falls in love with another hybrid named Juliette and spends most of his training protecting her and hiding the fact from his superiors. Oh, and you're at war with aliens, and you're a human hybrid of those aliens. 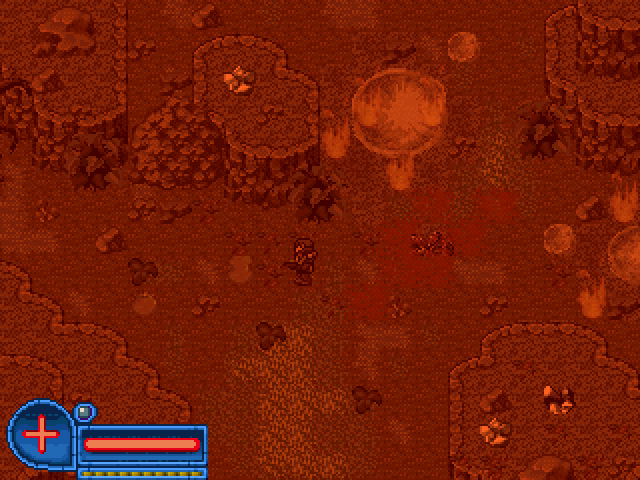 
Writing: Surprisingly well written for a shoot 'em up. The story starts with a battle and then flashes back to Bravo's training. This wouldn't be so bad except that it stays firmly here for a little over an hour, there is very little actual gameplay and the cutscenes are quite incessantly long-winded. The story is well told. It makes you care about Juliett, Bravo, and their friends, and it makes you genuinely despise their commanding officers. The real problems here is that it's extremely expository and the cut scenes are excessively drawn out. There are several paragraphs exposition per scene and it starts to really drag in places. The love story tugs at the heartstrings, but unfortunately, it's extremely predictable. You're just waiting for the officers to break Bravo's spirit and they take forever doing it. None of this would have been a problem, and the fluff love story would have been enjoyable if there had been a bit more gameplay interspersed so that it didn't feel like you were playing a point and click game. Also, the game gives us a dreamer/inherited memories subplot, but spends no time on it and when it resurfaces, it feels like it comes out of nowhere. Overall, the game is surprisingly emotional for a shmup, and it really was unexpected for an action game. Other games the developer has made, such as Nightmare Johnny, get fairly emotional, but this is on a whole other level, and I just didn't expect it. I loved the story. I just think it could have been blended with the gameplay better. 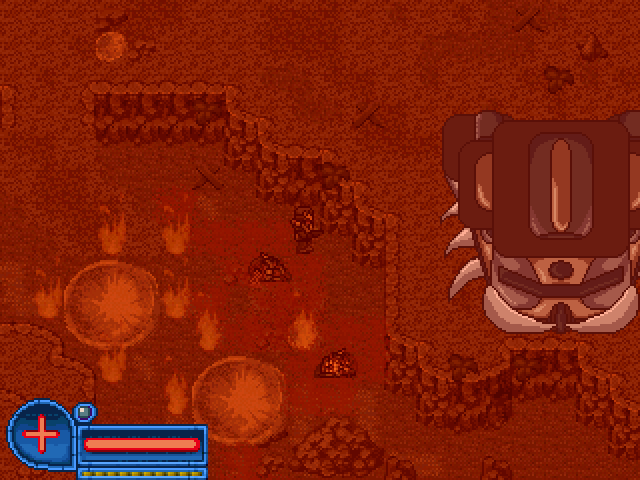 "I fell into a burning ring of fire. I fell down, down, down." (The sad part is no one on this site will likely get this reference.)


Gameplay: A very well made top down shooter like Akari Warriors. And a lot of fun to play. Save scum this one because you're going to die a lot. The AI is really cheap. The enemy troops usually don't don't shoot unless they're in line with you, but for some reason, sometimes they do, and they hit you no matter where they are on the map. This is really unfair because you can only hit them when you're in line with them, and you can sometimes shoot them when they're not quite in line with you, but this only works when it feels like it. The combat AI can use this to cheat, too. If more than one soldier gets near you, they can all fire at once, and again, whether they are in line with you or not, this can one shot you. Otherwise, the game is a lot of fun. You can save anywhere and your health replenishes on its own when you're away from combat. In the story segment, there are a couple of many games. One is a memory puzzle where you have to assemble a rifle. This kind of took me by surprise, but it made sense in context. (By the way, the military wouldn't call it a clip: they'd call it a cartridge, and the "handle" would be called a grip.) There's also a first person shooting segment (which is target practice). 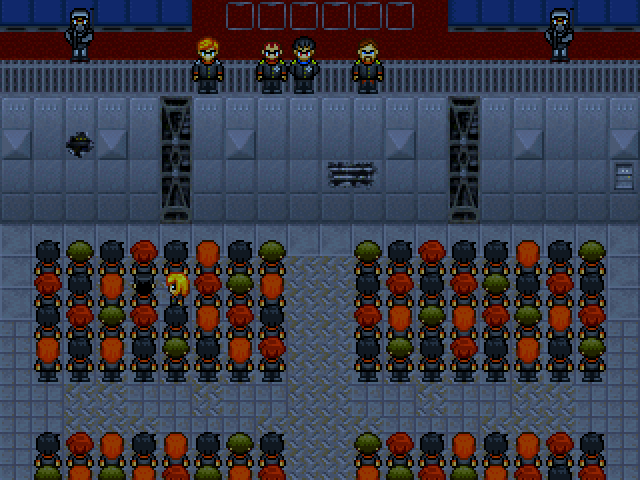 
The action gameplay doesn't resume until the final test, which ends with one of the most heartbreaking scenes in the game. 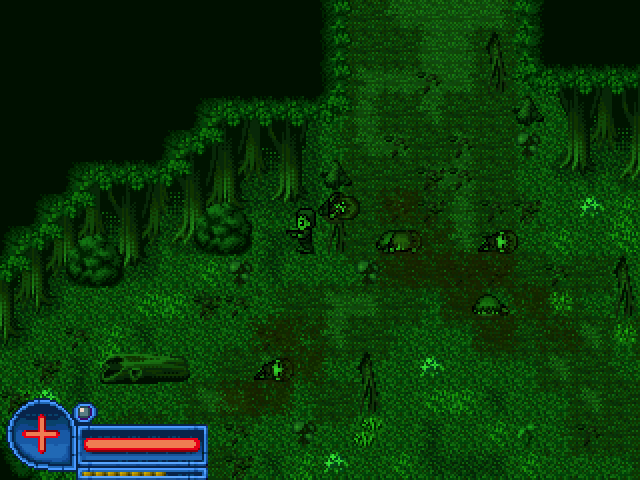 "Suicide is painless. It brings on many changes, and I can take or leave it if I please."


Graphics: A very nice combination of graphics. Pretty sure most of these are rips. From what, I couldn't say. The game has a very nostalgic look.

Music: These, I know are rips, and the dev fails to credit all of the games he's taken the music from, at the very least, failing to list Final Fantasy's VIII and X in the music credits, and I heard very memorable music from both of those games. I can even name the one from X, "Road to Zanarkand". 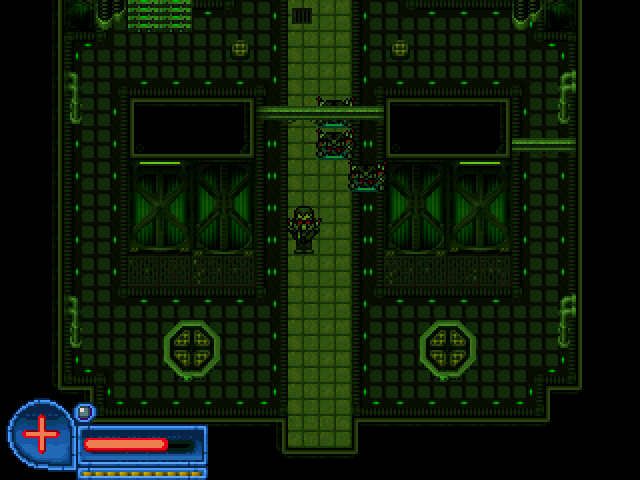 Finally, we've got some good lighting to take a look at these character combat sprites.


Conclusion: All in all, I highly recommend this game. It's a great game and deserves to be remembered as an RPG Maker classic.

Close
06/01/2017 06:02 PM
Hey, thanks for leaving a review!
I agree in many ways. There is a clear lack of gameplay in the far too thick story segments. The gameplay also needs a lot of improvement. Back in 2009 I was far more interested in writing rather than actual game mechanics.
Unfortunately fixing it's issues wouldn't be possible without remaking the entire game and I think the time is better spend with translating some more of my stuff. :)
Deacon Batista

Close
06/01/2017 10:19 PM
It's your best game ever. So the time is NOT better spend with translating your other projects ... except you are a fame whore that wants more and more Makerscore! :-O

"I fell into a burning ring of fire. I fell down, down, down." (The sad part is no one on this site will likely get this reference.)


I did, because I am old.
Red-Cube

author=Deacon Batista
It's your best game ever. So the time is NOT better spend with translating your other projects ... except you are a fame whore that wants more and more Makerscore! :-O

How dare you say that??? Haven't you played Gods of Ashes with so much pleasure?

Edit: And people who don't know who Johnny Cash is lost control over their lives.

(I'm pretty sure most would, not only of age but jeez media)

Good review, gonna give the game a try!
Deacon Batista