Story: You start the game as an objectively horrible person with objectively horrible people doing objectively horrible things. You are a bad person and you should feel bad. Fortunately, you do kind of start to feel bad and you rescue a baby from the slaughter you've, up until this point, been reveling in. Of course, that gets you branded as a traitor and you have to go on the lam, with the baby. Of course, you will get attacked by your former friends, and they will quite happily try to kill the baby. Then, when you get away, you find yourself in modern times. Your girlfriend has the same name as the baby the previous character just rescued. Are they the same character? It doesn't seem possible given that as a baby she was being pursued by medieval knights, and now as an adult in her late teens or early twenties, she's being pursued by thugs in black sedans. No explanation on why adult her is being pursued, but it turns out, the boyfriend is the one being pursued, and she seems to know why, and she begs him to run.

Writing: Writing is excellent. Overall, the game is very well written and establishes some pretty freaking amazing lore. Not going to lie: you are going to be put off by the beginning. Try to force yourself not to leave. The game opens with you being a wholly unlikable character surrounded by wholly unlikable characters and you're all doing really horrible things. You're presented as awful people to the extent that you wonder how these people could possibly believe they are the good guys. The opening narration even establishes that they knew that what they were doing was wrong, but they had to do their duty. If that's the case, why are they competing for most kills of their victims, and why do they seem to enjoy slaughtering whole families? Get past this and you're going to start meeting some really likeable characters and the story is going to take a really neat turn. It gives us TWO cliffhangers! :::SPOILER:::One for each time period! Jeez, at least let us know if Sapphira's okay. Both time periods! Both time periods the game leaves off while she's in peril! And in one time, she might be dead!:::SPOILER::: 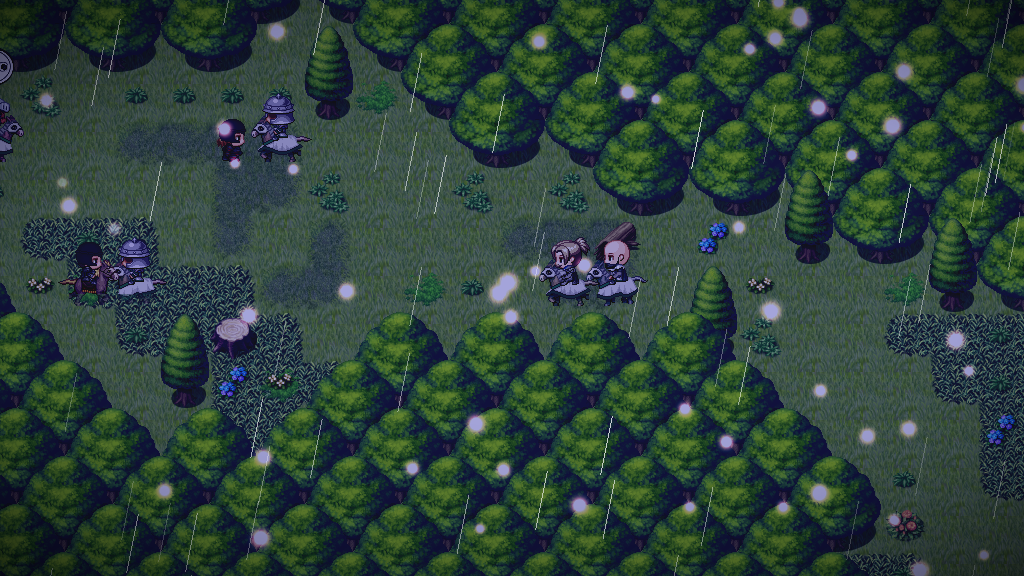 So far, you're just killing enemy soldiers. "What's wrong with that?" you wonder. Wait for it.


Gameplay: Okay, I have to say, it's very disappointing that a story this great with presentation this good is presented with the most basic of RPG Maker, FRONT VIEW game play. The battle window is made pretty with plug ins, the battlers aren't RTP, but the battles are. Now, plenty of work has been done in the database, but this is MV. At least give us side view battles. Encounters are on screen, not random and there aren't many. Game progression is micromanaged to the extent that level progression is closely managed, you can only save when moving to a new area, and only during gameplay sequences. This loosens up a bit in modern times, and in modern times, there are no encounters but it's a kind of system that's not quite as bad as putting the game on rails. You can still explore, but once you move on, at several points, you're stuck. 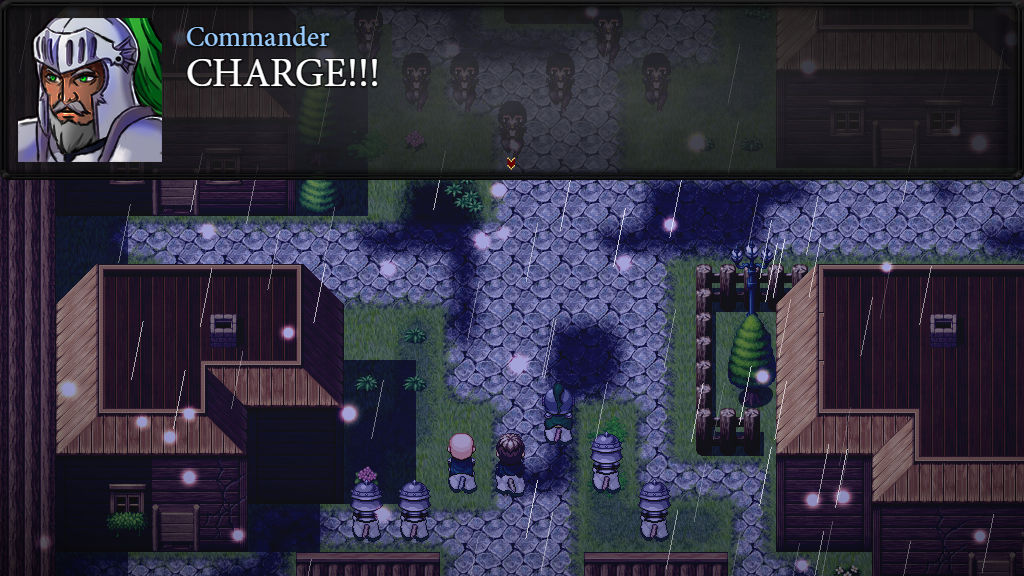 Here, we see that even in medieval times, people had trouble with their smartphones.


In modern times, gameplay changes drastically. It's all fleeing with no fighting. If you're caught, game over. This includes driving a car to the city to get way from attackers. This also includes running through alleys on foot. 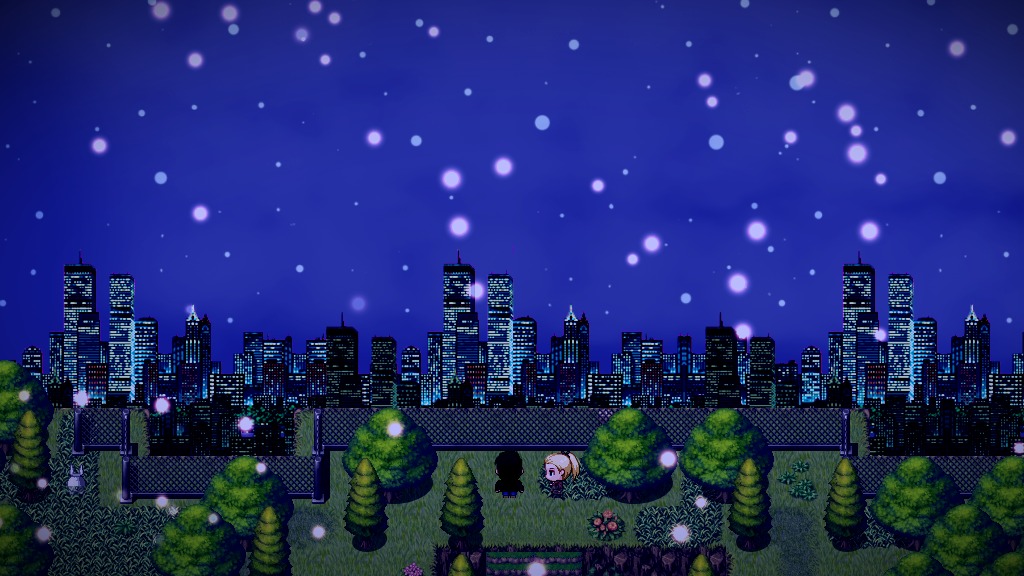 Most confusing city ever! Are the addresses and street names tripled up, too?


Glitches: This is a lovely one. This one will force you to reset your game. You have no choice. Here it is: 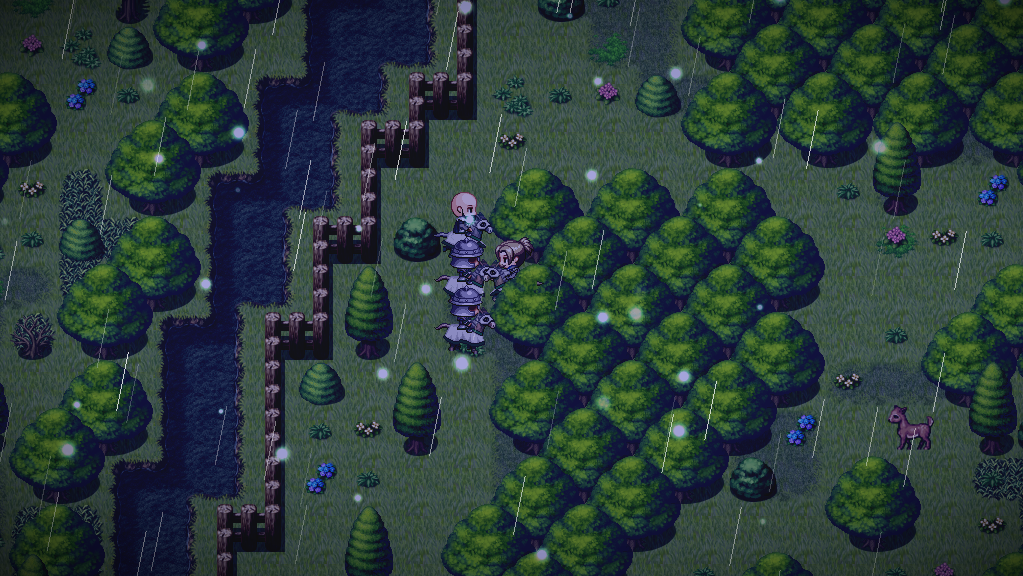 If you have four characters in your party, and you walk into a corner, you're not getting out...ever. Just reset.


Conclusion: If you play this game, you will hate the developer for making you wait to find out what happens next. This strikes me as a demo, but no, the dev says this is an episode so I'll go ahead and rate it. Overall the game is excellent, but the standard combat system in a game this nice really disappoints me. Otherwise, this would have gotten a five. I'm not even kidding. I highly appreciate taking your time to play my game from beginning to end. I'm also glad you acknowledged the characters that I created for the game. These behavioural traits were important for this episode as I really want to establish who the player should like and shouldn't like, which is gonna take a positive turn for the next episode (episode 2). There is a lot of questions being raised about the story, but that will eventually get answered later on the episodes.

I have been told a couple of times about the battle system being too basic and MV default, the best I could do to still keep a front view battle system fairly interesting was to make custom sprites, custom sound effects and various animations. But I agree, the system could be improved in many ways like a side view battle system.
Also, thank you for noticing spots like those trees where your party members blocks you, forcing you to reset the game. I have been looking into many of these areas so that I could fix it, but as you shown, I will look into more of these areas even further.

I am very grateful for the positive feedback, I never thought anyone would write such review, which is a huge change from my first game (Lost in Fantasy: Reverence) review. xD
Pages: 1