Yume nikki fan game. On one hand, Dark story in the game´s background, with art and character´s drawings. On the other flaws and interface problems, weird character development, and incongruency. 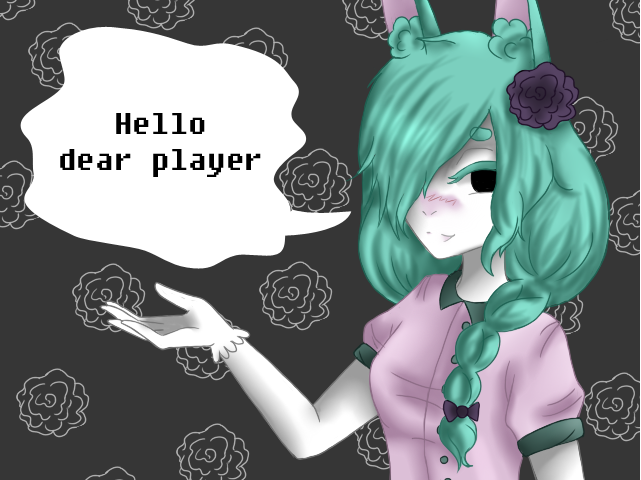 Character Background and Development
The relationship between the protagonist and Daniel it´s weird ever since they met at the beginning of the game, since the first one start to trust the latter right away. Out of the blue. Without further proof that he is worth trusting or something like that.

So when the protagonist meets Daniel for the first time she doesn´t suspects of him and immediately trusts him. Isn´t that weird? When exploring you can find canaries on cages which give you talking with Daniel moments, and though they were pleasant, they were kind of too relaxed when you know that they just met moments ago. And in a weird and bizarre environment. 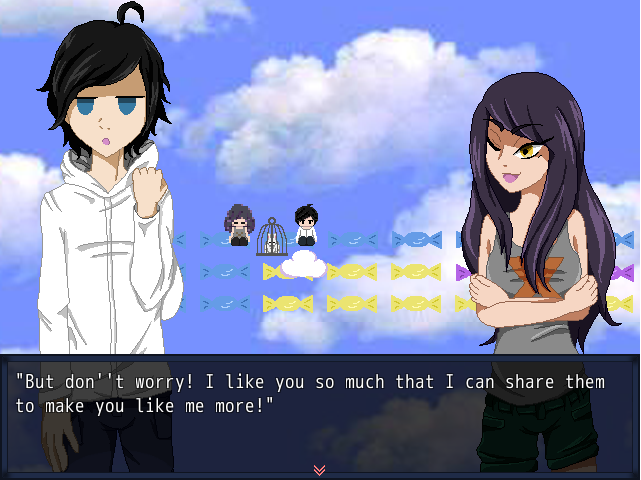 You see, there are…I think four talk-with-Daniel moments, you gotta find the canary on the cage for that. But since you go exploring in random, not an orderly fashion, comments like these seems too out of place if you found them at first, which was my case, I was like ¿¿¿Where did that came from???
I would need…some interior dialogue for example, “can I trust him?” “He seems nice…” “I´ll crack a joke to break the ice!” or something else.

Soundtrack - graphic design and concept of art
Beautiful art, I can tell they spend a lot of time on making it. From the intro to the very end all important characters have their own portrait and scenes. Weird thing to note out that art is incongruent and styles vary from one game space to another. 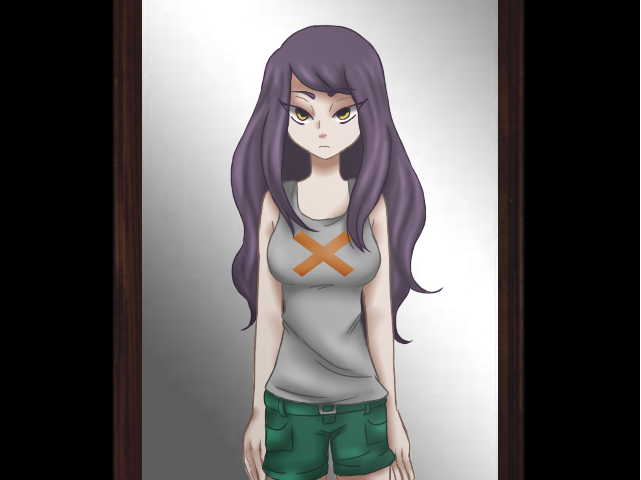 Here we see our bewitching beauty of a protagonist


The styles also varies a lot according to the emotion emphasized at the moment given. 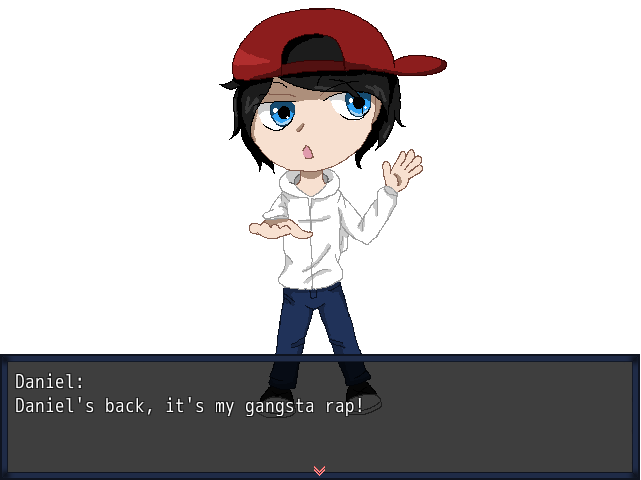 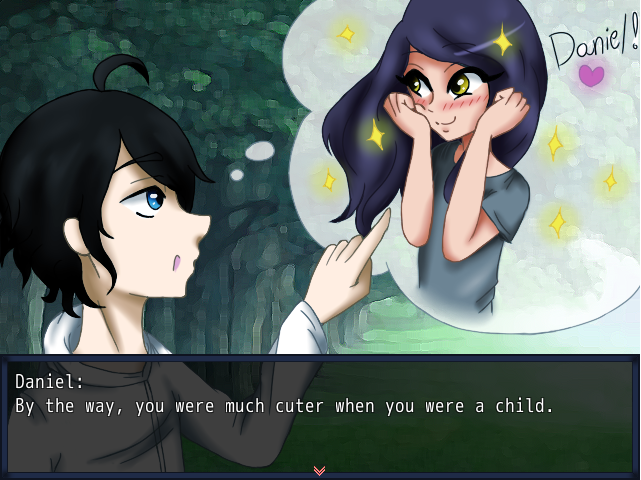 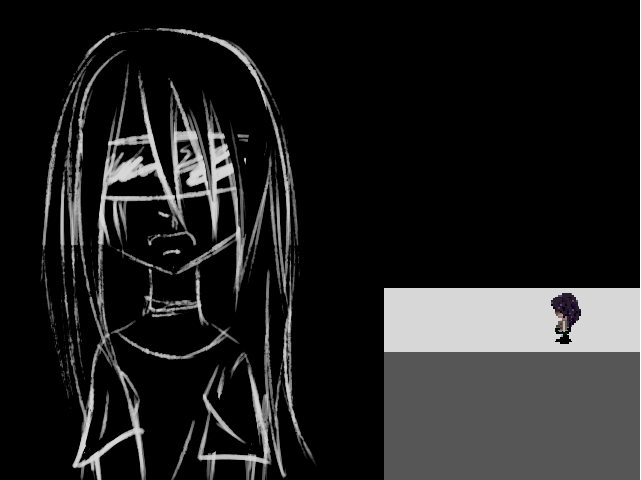 And into bizarre, mysterious pictures with psychological components. (There are more weird things there)


First of all in yume nikki there´s a clear difference between dream and reality; pinching your cheek wakes you up. On this game there is not a clear difference unless you get a certain effect. That bothers me.
Show
syringe effect

The interface follows after the continuous changes in yume nikki, emulating the exploring forest as well (speaking about different game interfaces in the same game) 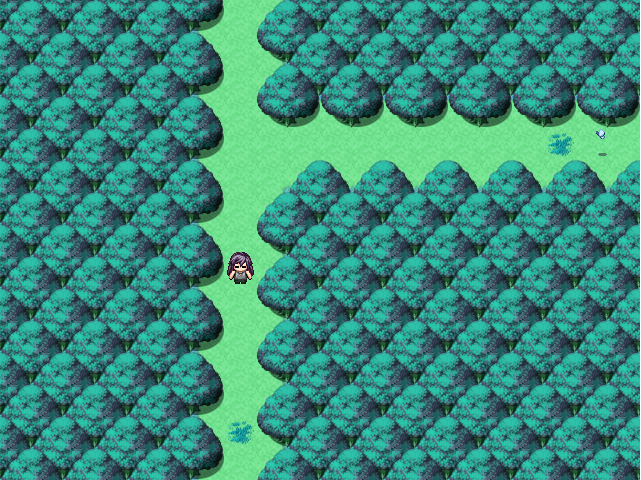 It´s interesting to explore, yet there are times when it becomes somewhat tiring or confusing. 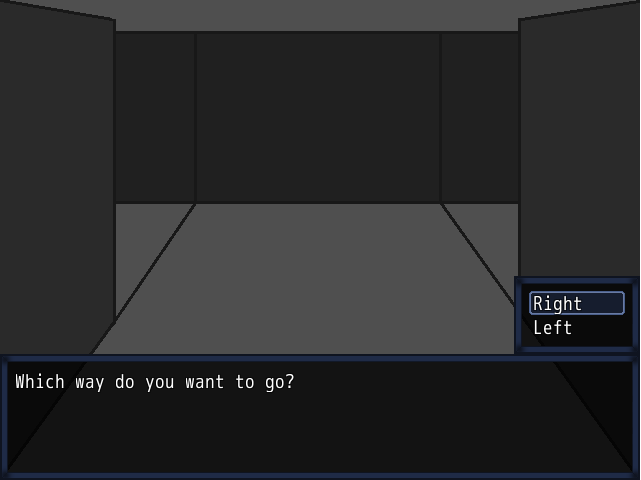 This stage was exploring different ways, all the time like this. Not being able to go back unless given the choice gave me a monotone feeling.
A conflictive point: there is a particularly important effect you need in order to explore comfortably; the syringe effect. Without it, exploring becomes difficult, even if it´s relatively easy to find.
Show

The syringe effect allows you to “wake-up” and go back to save. That means without it you are forced to go back even if you´re lost or you´ll lose your progress. It´s key. Also worth mentioning, the rabbit effect allows you to go faster, it´s not as important but helps a lot (especially when escaping from chasers). Other effects can help you, like the ghost effect (chasers don´t chase you, as redundant as sounds) or asylum effect (they run away instead)

if you want them read the game guide

Still, as a yume nikki fan, I had fun.

There is a well-made story behind this game, must recognize that I got emotionally invested into it. It´s just that there are faults on the execution. Relationships don´t develop in natural ways, they feel rather forced instead, as pointed out on character development.
There are some side characters as well connected to the main story. Some others don´t really seem to have a purpose, but it may be just part of the dream world as well.

This is rather connected to the art; there is some unclear symbolism, that would be so much better if incorporated into the story
Show 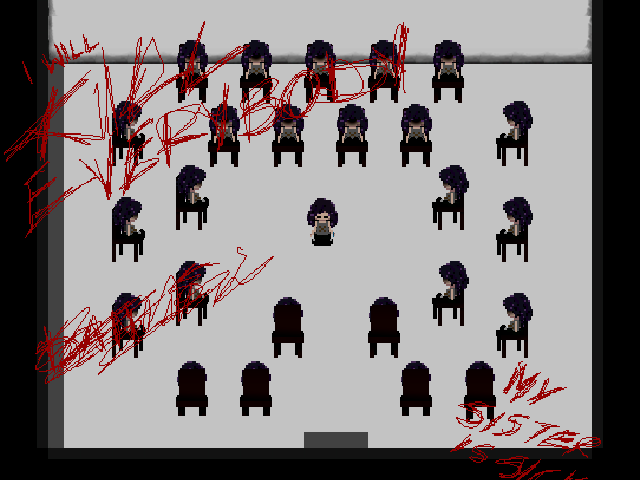 
oh, almost forgot to say, careful with a bug on the medical building after finding all the effects, I cannot remember if was on first or second floor. Some door will show you three bizarre scenes and you won´t be able to move or do anything after that, I´ll stay displaying those scenes, so you better save before exploring all the doors in those floors. 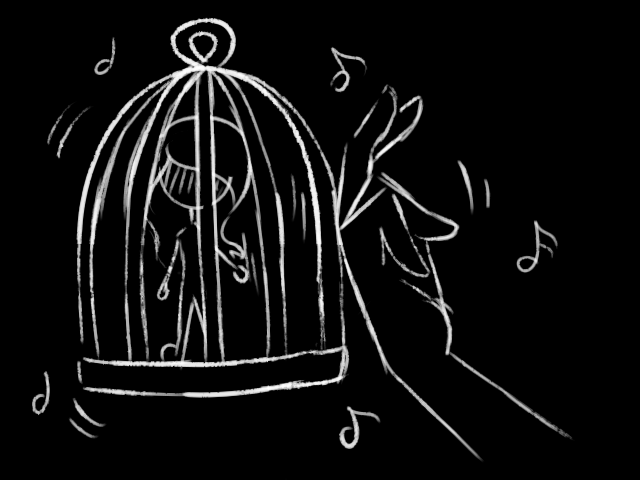 if you see this you´re screwed

Close
04/27/2018 09:35 AM
Aaaa thanks for the review QUQ! Its so nice to read someone's opinion! I'm really glad you liked the game! I know that some poins of it were weird, for example talks with Daniel :o (this one was the main problem of mine, because i couldnt think of any good way to show how their relationship is growing, because you could find any cage first), so i will use the knowledge about it in my next games ^^! It was my fisrt game, so i hope i will become better and better at doing it!
One more time thank you for the review!
Pages: 1