Hello everyone! Welcome to my review for Crimson Shift by atasuke10/Nandee. This is a very exciting futuristic game that features a cool fast paced battle system along with its neatly presented dark atmospheric maps! It's a commercial game that is available on Steam! I suggest putting it on your playlist NOW! :)

The game starts with a purple haired girl who's about to write something cool. I was immediately captured by the amazing details and lighting in the interiors of the intro map! Very well done, and does a great job of luring you into playing more into the game to discover more awesome aesthetics like these.

The story starts off with a flashback where the player controls a mysterious and quirky hooded Assassin guy named Verone. He is sent on a mission to find a missing girl, convincing himself that it is worth it because of double pay! xD As Verone wanders into the dark woods, he finds himself being followed by a bunch of Shades! Fighting his way out of this woods, he ends up in the DQ area where NPCs are quite as terrified of the place as Verone is. Verone then finds a purple haired girl named Naokee, naked among the rivers, who will soon change his life forever. Verone then encounters a RED guy who seems to be connected to Naokee, the cool thing about this part is when Naokee started helping Verone during that battle. It was really cool. After that flashback, you are then able to start controlling Naokee to progress the story-line. There are lots of cool interactions within this game's cool maps, and I love how you can explore every nook and cranny to find something worth checking once in a while. The club was also a very cool place to explore, I mean, you'll just fall in love with the perfection of the mapping and lighting! (And yes, you can dance off at the club!). So much for that, Naokee's sent on a cool assassination mission that will really test your skills in back-stabbing people. xD

The gameplay is superb!! What an incredible twist on an RPG maker game! You can do some cool combo and it is very fast paced! I love the animations and the action sequences being presented here. The battle features pressing and timing certain keys depending on the skills that you use, makes for a very entertaining and demanding strategies. Note that you will have to be quick when selecting your next move though. The game focuses already in higher numbers at the start of the game, so I can't say much about difficulty, but it feels balanced enough in my end.

Most of the charsets are using the default RTP, but the game uses some cool futuristic and sci-fi tilesets that blends so well with the enironment. Combining beautiful mappings (I especially liked the building designs) and wonderful usage of lighting makes the atmosphere just perfect! The forests are also very cool to explore. Did I mention that this game has some cool animated battler sprites, as well as a wonderfully made custom battle background? The animations and action sequences, once again, are very amazing! The purple haired girl's artwork is also really cool, as well as the artworks featured for this game. 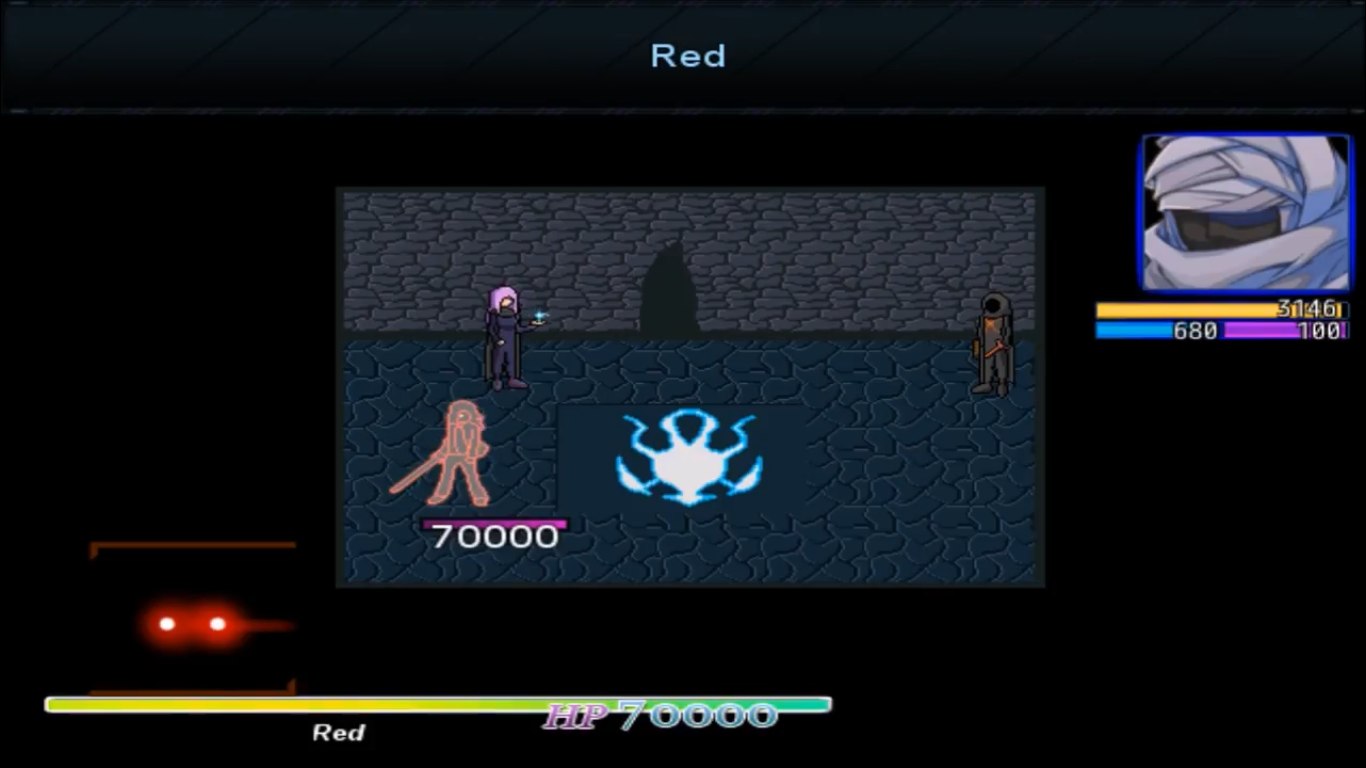 Music goes at a very cool pace. The battle music, most especially, sounds really badass. I can say that each music used on every occasion seems fitting enough and are in place.

This is an amazing game that everyone should definitely give a shot!! It's in steam and you might wanna get it soon!! ^_^ There are tons of love, effort and passion put into this game and you'll definitely enjoy the fast-paced gameplay that this game offers. It has an interesting and mysterious story that you will love uncovering. A well deserved 5/5 in my book! :)

Close
04/21/2018 10:05 AM
omg! Thank you for the kind review starmage!!
I'm really happy it left such a positive mark in you even if its only just a demo.
I can only hope the full version will be just as satisfying :D
Starmage