Eulogy of an Insect

The changes made to the game are down to the core of it- in the scripts and all, so the whole package must be downloaded. The good news is that old saves should still be compatible. As for what the changes entail…

- We also got reports of seemingly random crashes during gameplay- and we experienced them too. So, what caused these crashes? As it turns out, RPG Maker does not like it when you exit a scene without disposing all sprites and other bitmaps. And incidentally, a lot of Garret’s custom scripting was done in earlier stages of development and weren’t revised before release like it should have been. Fortunately, Garret is facing due punishment and is being beaten with sticks and forced to recode his scrappy rookie work.

But back to the crashes. Why would it matter if a sprite is not properly disposed of? When you dispose of a sprite, RGSS3 lets the program know that it’s OK to use the memory space that the sprite occupied. However, it’s possible to make a sprite “disappear” without freeing up the memory it uses. This is easiest to do when making custom scene classes that use custom sprites. The sprites will disappear when the scene is exited, but that memory space won’t be let go of. Then any time later, something may try to access that space. However, it won’t be able to, but it also won’t know what is using that memory. Then RPG Maker gets stressed out, panics, and crashes without offering up an error. So that’s been taken care of in Eulogy of an Insect. Hopefully all of it. Let us know if you still get such a crash, and David will find bigger sticks for Garret.

So if you’re looking to make custom scripts in RPG Maker, make sure you dispose of sprites when you’re done with them!

You can now download the demo from the downloads section of the page. Along with that, a new trailer to whet your whistle-

These are some old, unused portraits/designs for yetis. They’re are over a year old now, and the quality of portraits has since improved- 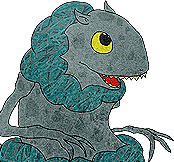 Countdown to a new demo

You read that right. We’re out of testing and ready to rumble. In one week, we’ll be launching the new demo for everyone’s greedy little eyes. In those seven days from now there’ll be daily updates/blogs on stuff about the game. Of course the best stuff will be saved for those who play the demo. Still, it’s worth sticking around… you’d be crazy not to ride this strange torpedo to its end.

So grab some clothespins, clips your eyelids open and be sure to mash f5 like a madman for the next 168 hours.

Test Builds are out

Hey there! The test build has finally been completed and is being sent out to those who requested it. The build isn't much or any different from the incoming second public demo- it's purely there so we can polish it up even more obsessively for everyone else out there. So if you're still interested in testing, send a message and you can get your demo today.

If you're a let's player/streamer who's interested in sharing the game with your audience as well, that would also be incredibly appreciated. All in all, if you want to play the game just send us a message. All we require is detailed feedback and any reports of bugs you find.

And when we release our public demo on rpgmaker.net, a review would also be really nice for the testers who enjoyed what they played.

Show Me The Money

We're glad to finally be aboard the rpgmaker.net train! So, you're probably thinking to yourself- "Well, they've got these fancy screenshots and a gif, but where's the game? Do they even have anything to show?"

Well, we're actually just polishing up our second demo build. (There's a lot of polishing) We've made a demo before and opened the floodgates to it on tumblr, where praise was very positive. But since then the game's only gotten so much more better, so we did away with old downloads in preparation for the new one.

When's the demo coming? A group of wise sages once made it their motto to reply with "When it's done™" and so we've adopted that mantra when it comes to discussing a time frame. After all, this is something done in our free time from work and school. We're just two guys, one demo.

However, if you're interested in testing this build, shoot us a message or what have you. If you're willing to give us fair criticism and play it all the way through- and maybe even give it a positive review here on RMN if you like it- then you're what we're looking for. Keep in mind it's like putting your name on a waiting list though, as we are still prepping the very same build for testers.

And finally to top of this long post, I implore you to check our tumblr. This is at least a year's worth of updates here, and we tend to go more in-depth with the little nooks and crannies of the game's details. There's more screenshots and stuff too. So if you ever want to get intimate, romantic, even emotionally invested in a video game made by us, check it out-