One night long! (one night... one night)

Good night!
One Night is the first entry of the One Night horror series (duh!) by Dark Gaia.
This RPG Maker VX game is a classic survival horror, so be ready for a classic scary (more or less) mystery adventure!
Our protagonist is a man named Colt (but you can change the name, if you want!) that wakes up all alone in a medical room of an abandoned military complex. He does not remember anything (classical amnesia trope!), but soon it turns out that things aren't going well since it seems that some king of catastrophe happend, anyway it's a story about conspiraces and supernatural beings. Also monsters. Yeah, I'm sure you expected that, don't you?
In any case I think that the story is well written and you will discover gradually what happened by talking with few npcs and finding a lot of notes and informations during the game. 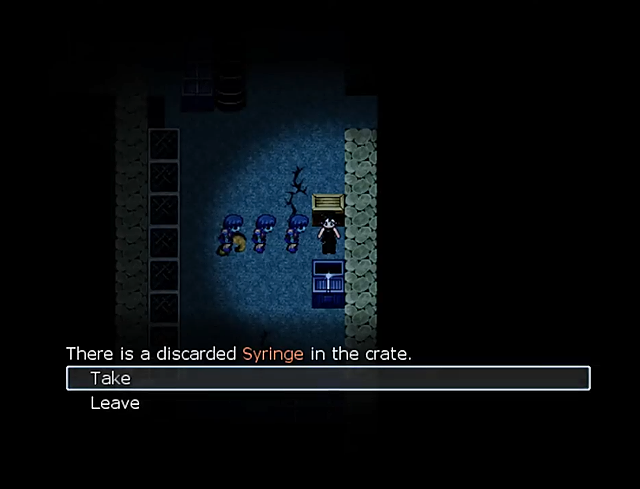 The gameplay is classical: you explore abandoned labs to learn about what happened and escape, of course. But there will be obstacles, some are puzzles that often require to input passwords, solving simple math problems and so on. Luckily these puzzles aren't too hard so it's ok, even if they become a bit repetitive.

Then there are the monsters, of course! Combat is in real time, Colt automatically defends himself when in contact with an enemy using one of the weapons he has. There are different kind of weapons (knives, stun guns, etc), some will just repel the enemy avoiding the hit, others may even stun the opponent. If Colt has no weapons he gets a wound, and the third wound is lethal! But do not worry, there are some safe areas where you can save the game and restore using the healing water, even if it's in limited quantity. One Night also includes also some boss fights, but do not worry these won't be too difficult (and unfortunately not even that fun), trust me!

Visually the game is pretty good, I mean mapping is ok, nothing particularly noteworthy, but I appreciate the use of some custom modern tiles, overall it's appropriate and creates a believavle and dark environment. There are some glitches and errors in some visuals, for example look at the pic below, where the ncp is partially obscured by Colt's feet! In any case there is nothing game breaking.
The soundtrack is pretty good: while there is some music from Resident Evil and Silent Hill (very appropriate indeed) there are also some custom tracks. In any case it's a good selection that enforces the already great atmosphere. 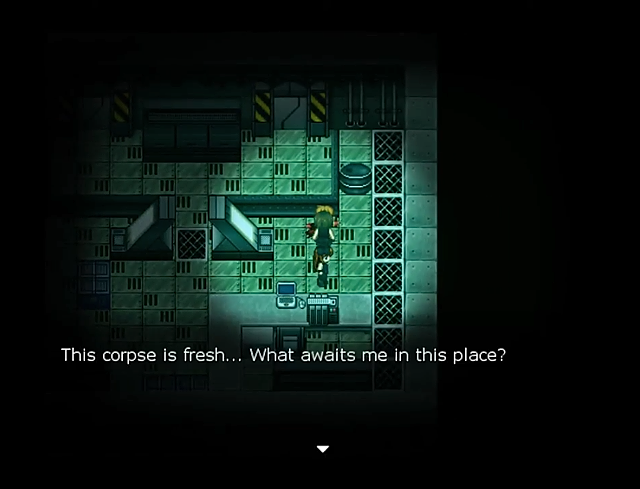 Final Verdict
One Night is the first installment of a series of four games if I am correct, so I will forgive some issues. It's not a bad game at all, on the contrary it has a great atmosphere, even if the monsters aren't that scary at all and they seem a bit goofy as they stumble aroung the corridors. They aren't also so different from each other despite looking different (I mean, play Huperternal if you want a game with a ton of different monsters, even if that is more action than adventure!).

Game took me more or less three hours to complete, so yeah it's not particularly long, but I liked the story and atmosphere very much. And it's ok because for me the game ended just when it was becoming repetitive. The story of Colt is more or less linear, even if there are some choices that will lead to some slightly different endings depending on who survive.
In the end this is an ok game, I wonder how the sequels are! But this is a story for another time!